New School Year Lesson: Train up a Child in the Way He Should Go 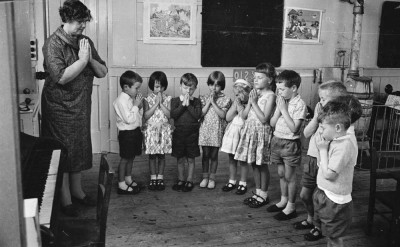 At the end of the 2015 school year, a day after his 89th birthday, author and homeschool movement icon Samuel Blumenfeld passed away. In its obituary, the Boston Globe noted, “His mother was illiterate, and when Mr. Blumenfeld was a child he struggled to help her learn the rudiments of reading and writing.” His first foray into tutoring was successful, and he went onto a teaching career and as an advocate of education reform.

Blumenfeld wrote a dozen books on foundational reading methods, elitist academic power brokers, and the how and why of homeschooling. His better known titles include Is Public Education Necessary, Alpha-Phonics: A Primer for Beginning Readers, and How to Tutor.

Blumenfeld spent 10 years as a book and magazine editor and taught in public and private schools, including one for children with learning disabilities and behavioral problems. He wrote for a wide variety of publications including the New York Times, Esquire, and Commentary. In the libertarian Reason magazine, he opined:

The simple truth that experiences taught us is that the most potent significant expression of statism is a State educational system. Without it, statism is impossible. With it, the State can, it has, become everything.

In the 1950s, Rudolf Flesch’s seminal work, Why Johnny Can’t Read, set in place battle lines between parents and public schools. Sam Blumenfeld’s 1970s bestsellers, The New Illiterates and How You Can Keep Your Child from Becoming One and How to Start Your Own Private School and Why You Need One provided high-powered ammunition that kick-started a revolution. John Updike praised The New Illiterates as a “spirited indictment” of public education.

Why Johnny Can’t Read taught parents that the comprehensive and systematic instruction in phonics had been replaced with the whole-word or look-say method of teaching. The whole-word method essentially treats words as if they were drawings. Instead of teaching children the letters and sounds that go with them, they’re taught to see each word as a picture made up of scribbles. Blumenfeld held that children have become so adept in this illogical process that they can “read” words upside-down, the same way they can identify inverted photos of giraffes. He believed students could not identify new words or understand their meaning without depending on someone to tell them what they are looking at.

That damned Cat in the Hat took nine months until I was satisfied. I did it for a textbook house and they sent me a word list. That was due to [psychologist and education dogmatist] John Dewey in the Twenties: they threw out phonic reading and went to word recognition, as if you’re reading a Chinese pictograph instead of blending sounds of different letters. I think killing phonics was one of the greatest causes of illiteracy in the country. I read their list three times and I almost went out of my head. I said I’ll read it once more and if I can find two words that rhyme that’d be the title of my book. I found ‘cat’ and ‘hat.’

The long-term impact of teaching the “look-see” method of reading has proved disastrous. According to the Program for International Student Assessment, which collects test results from 65 countries, the U.S. ranked number 20 in reading. Statistics compiled by the 34 member nations of the Organization for Economic Cooperation and Development graded American teenagers 21st in reading.

When Blumenfeld began crusading for home-based education, it was virtually illegal in a majority of states but today there is more of a free market in education. The evolution tells a compelling story: according to the National Center for Education Statistics, more than 2.2 million students – about 3.4 percent of children 6-17 years old – were taught at home last year, up from 2.2 percent in 2007.

If education consists of the interaction between an effective teacher and a willing learner, then you can’t have it in a psych lab that has neither. In the lab you have the trainer and the trainee, the controller and the controlled, the experimenter and the subject, the therapist and the patient. What should go on in a classroom is teaching and learning. What goes on in the psych lab is stimulus and response, diagnosis and treatment. 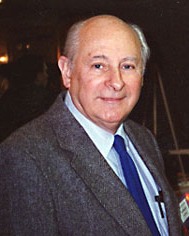 In 1967, the National Education Association proclaimed it would, “become a political power second to no other special interest group.” In his 1984 book, NEA: Trojan Horse in American Education, Blumenfeld cautioned, “Public school teachers, once loved and respected for their devotion to their profession, have become militantly politicized and are now the most active and powerful advocates of the political and social agendas of the radical left.”

Blumenfeld often warned that, “Those who rose highest in the public schools establishment and the National Education Association (NEA) were those most strongly committed to secularism and statism. Those two complementary philosophies fuel the vision of NEA leaders, who seek a utopian world, freed from Biblical constraints, ruled by humanist politicians, and taught by progressive educators.”

Sam Blumenfeld’s last book, Crimes of the Educators, was published just before he died. In it he wrote, “the unhappy truth is that today’s public schools have rejected the values of the Founding Fathers and adopted values from nineteenth-century European social utopians that completely contradict our own concepts of individual freedom. And they have invented new values under the umbrella of ‘social justice’ in order to advance society toward their idea of moral perfection.”

Margaret Mead once said, “My grandmother wanted me to have an education, so she kept me out of school.” Thank goodness Sam Blumenfeld took that quip very seriously.