A New Offensive in the War on Science 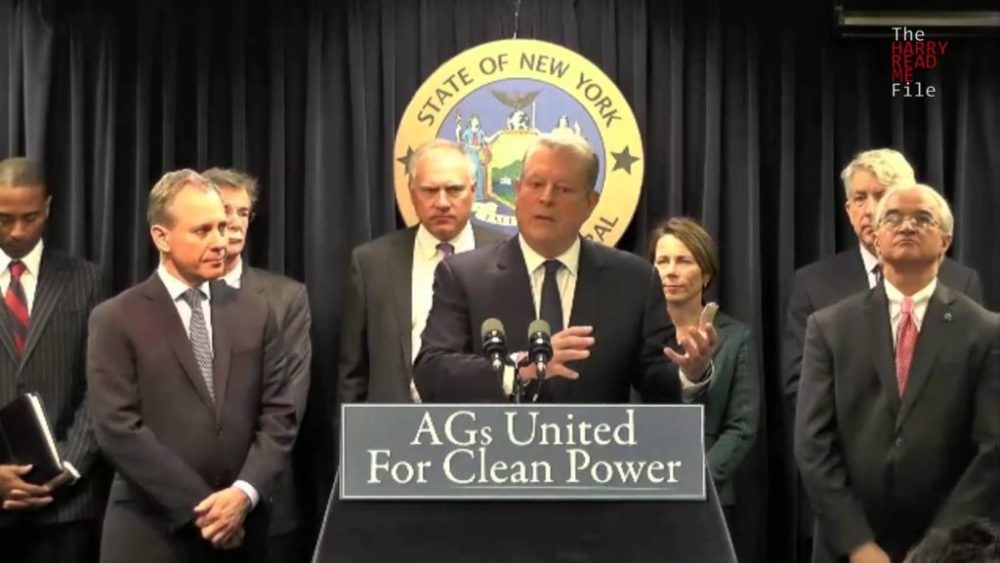 Twenty state attorneys general have joined in lawsuits and criminal charges against “big oil”, charging that by denying global warming, they participated in a conspiracy to deceive the public.

I’ve had a number of conversations with people who applaud this action. I will say that this is a blatant attack on free speech: that the people who are bringing this lawsuit are making it a crime to disagree with them on a controversial issue, punishable by fines and imprisonment. Supporters reply that this does not violate free speech. They generally give two arguments:

First, this is not about free speech but about fraud. Specifically, one element of the lawsuit is that these companies deceived investors by failing to disclose risks to their future profitability from climate change. When a company sells stock to the public, there are regulations requiring them to disclose information that might be relevant to a potential investor. The reasoning here is that climate change will inevitably force the government to restrict burning of fossil fuels, this will hurt the profitability of oil companies, and so oil companies should have warned investors that their future profits were in question. (In fact the first company targeted in these lawsuits, Exxon-Mobil, <i>did</i> warn investors about the possibility of new regulations from global warming concerns. Supporters of the lawsuit says these didn’t go far enough.)

In other words, the argument is that this is not a violation of freedom of speech because it is only about one specific kind of speech: information from a corporation for potential investors. To which one can only reply: So what? Instead of boldly banning all criticism of their beliefs, these people have decided to start with one specific category of speech. Should that reassure us? If they win this suit, it does not take great imagination to suppose that they will move on to attack some other category of people who disagree with them, using their victory here as a legal precedent. This is a classic example of the slippery slope or the frog in boiling water.

They point out that there are already laws and regulations requiring companies to disclose all sorts of information. But there’s a big difference between “you must publish your balance sheet” and “you must express agreement with our side on a controversial issue”. A policeman may demand that I show him my driver’s license when he stops me for speeding. He cannot force me to agree that the speed limit sign was clearly visible when I say it was hidden behind a tree branch. He cannot arrest me for failing to tell all my friends and neighbors that the police department enforces all traffic laws fairly.

Second, they say this is not a violation of free speech because these companies know that global warming is real, so when they denied it they were lying, and free speech does not give you the right to lie.

But how did they “know” that global warming is real? Because you told them. If the government can prosecute someone for “lying”, where “lying” is defined as “saying something that the government declared to be false”, then free speech is dead. The government could take away anyone’s right to free speech by simply declaring that that person is wrong.

The Death of Science

I used to wonder how civilizations died. It’s easy to see how a small country could be overpowered by a powerful country. But how does a rich, powerful country die? I especially wondered how science could die. Once knowledge is gained, how can it be lost? This is how.

You kill science by making it a crime to question the official government position.

The history of science is full of cases of well-established theories being overthrown. When Louis Pasteur discovered that the theory of “spontaneous generation” was false, that non-living things do not give rise to living things, most scientists “knew” he was wrong, and strongly opposed his theories. If the twenty AGs had been around then, I wonder if they would have declared Pasteur’s theories a lie and put him in jail. Do these folks criticize the Catholic Church for arresting Kepler when he said that the Earth moved around the Sun? That was the scientific consensus of his day.

It’s no answer to say, “But that’s different, they were wrong and we’re right.” For of course they said they were right. In Kepler’s case, just like today, they had the power of the government to back them up.

Even if you are right about the science this time, suppose the next president is a liar and a fraud and censors ideas you believe are true? You’ve established the precedent.