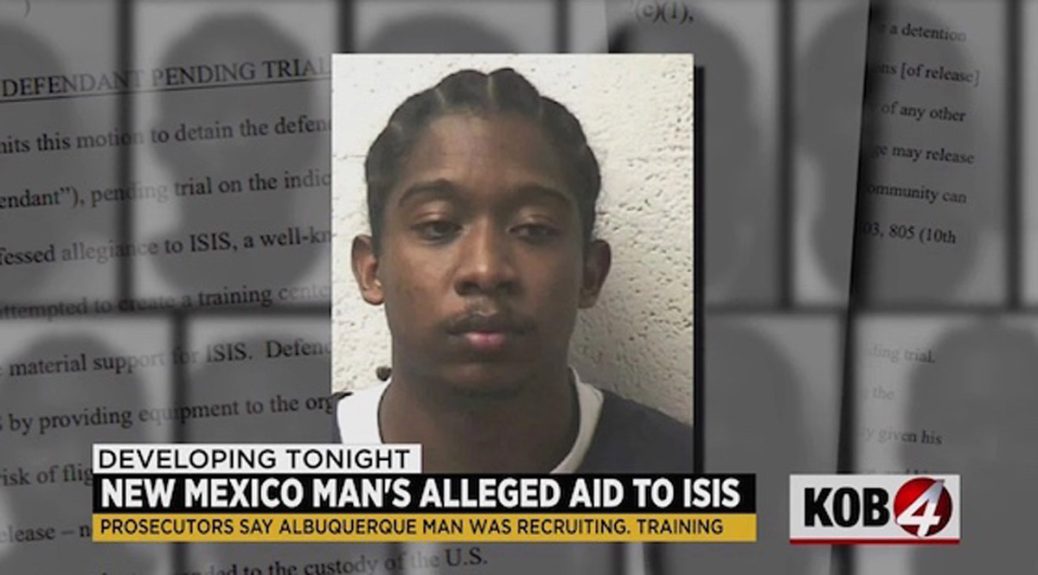 Herman Leyvoune Wilson, 45, whose nom de plume is Bilal Mu’Min Abdullah from Albuquerque, New Mexico, was indicted for attempting to set up a training center for people wishing to fight for the Islamic State. Wilson is scheduled to be arraigned on August 30th.

The “Islamic State Center” would have taught “ISIS ideology, provided training in tactical maneuvers and martial arts, and served as a safe haven for individuals preparing to travel and fight on behalf of ISIS in the United States or other counties. Apparently, Wilson also attempted to create an online platform that would promote the ISIS ideology, recruit new terrorists, and brag about terrorist attacks/

Trying to create a platform? What a waste! Instead of creating his own platform, Wilson could have used one of the existing Anti-American platforms like Twitter or Facebook.

According to the indictment and other court records, from Jan. 23, 2020, to Nov. 20, 2021, Wilson allegedly attempted to provide material support and resources to ISIS, a designated foreign terrorist organization. Wilson allegedly attempted to establish an “Islamic State Center” in New Mexico that would teach ISIS ideology, provide training in tactical maneuvers and martial arts, and serve as a safe haven for individuals preparing to travel and fight on behalf of ISIS in the United States and abroad.

Additionally, between Sept. 19, 2020, and October 2020, Wilson allegedly attempted to obstruct, influence, and impede at least one official proceeding by commanding and inducing the destruction and concealment of records by shutting down an online platform. From May 2019 to September 2020, Wilson allegedly helped to administer an online platform to promote ISIS ideology, recruit others to ISIS ideology and discuss terrorist attacks in the United States and overseas. Wilson also allegedly used the online platform to promote the Islamic State Center and find potential like-minded individuals to join the center.

It is unknown if those attending Wilson’s school for terror will be eligible for Biden’s college loan bailout.

Two of Wilson’s “students” were arrested in Texas two years ago.

Interestingly, the FBI performed the investigation of these potential terrorists. It’s hard to imagine the Bureau would find the time in between inventing stories about former President Trump.

“The FBI takes very seriously its role as America’s primary federal law enforcement agency for investigating and preventing acts of international and domestic terrorism,” said FBI Special Agent in Charge Bujanda. “This investigation was the result of months of painstaking work by the FBI’s Joint Terrorism Task Force, which consists of FBI special agents, intelligence analysts, other experts, and our federal, state, and local partners. Preventing terrorist attacks against Americans at home and abroad remains the FBI’s top priority, and we will vigorously pursue investigations when an individual crosses the line from espousing particular views into planning or committing acts of violence. [or having a political philosophy we don’t like].