A New Look at the Presidential Election Polls 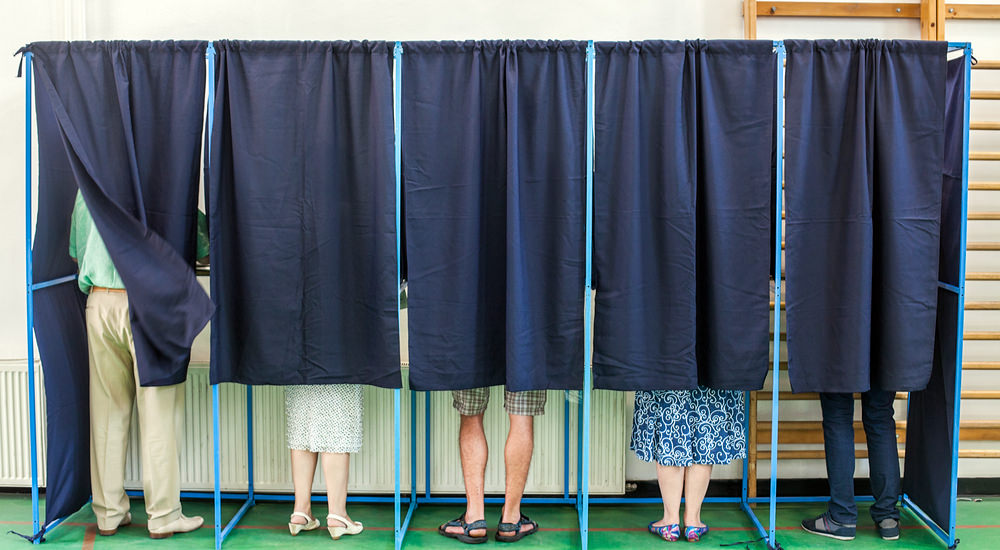 A look at the presidential election polls seems to show that Donald Trump is in trouble.  The large majority of the polls show a virtual tie, or Clinton ahead. (I was going to say “Hillary ahead” until I realized that she is going by “Hillary” without the “Clinton” just as Jeb Bush went with Jeb without the Bush; these last names are bad brands.)

Trump supporters have, with good reason, dismissed the poll numbers on the grounds that the samples themselves have been biased in favor of Clinton.  This is being done to create a “discouragement effect” among Trump supporters.  As far as the unknown can be known, I believe this is true.  I present new evidence of this below.  (False polls also could add credibility to a stolen election)

I have already discussed at length on this site (iPatriot, Aug 14, 2016, Will Trump Repeat the Reagan Revolution?) what I call the Reagan Effect, after Ronald Reagan’s surprise 1980 landslide victory. Because of the bad press (to put it gently) that Trump has received, many people who plan to vote for Trump will not admit it publically.

Let us take a closer look at the poll respondents.  These people are not voters.  They are people who have had a poll brought to them for response, not people who have gone out to vote.  So what?

So think about attendance at Trump and Clinton rallies.  Trump consistently pulls mega-thousands; Hillary can scarcely fill a high school gym.  What does this say about the likelihood of the two camps voting?  Trump people will be there, Clinton supporters, what there is of them, maybe.

Now let’s take a look at two large-sample polls.  A large sample size (number of people polled) makes the likelihood of honest statistical error small.  These two polls are, statistically speaking, among the most tightly targeted polls out there.  Consider first the results of a Google Consumer Surveys poll conducted October 10-14, with 19,900 people polled.

Really?  Over 19% “Uundecided” 25 days before the election?  In this election?  Possibly, but I’d like to think we are looking at the Reagan Effect; too many “Undecided’s.”

Here are the results of another large sample poll taken at virtually the same time.  The NBC News/Survey Monkey poll taken October 10-16; with 24,804 people polled.

What I want to point out here is that these two polls are not consistent with each other.  True, they both show Clinton ahead, but something is wrong.

Do you see those +- % numbers shown above with each poll?  What they say is that if you add and subtract that % to and from the reported results, the researchers are 95% certain that the resulting range includes the true voting percentage.

But what do the Google researchers report for virtually the same time period, and presumably the same population of voters being sampled?

All this probability stuff allows the pollsters some wiggle room, but not credibly this much.  These results are just not consistent with each other.  Here’s why.

(I’ll try not to get pedantic with you here.  If you have the math background to follow this, great; if not, don’t worry.  If I’m wrong some math person will correct me.)

The best that could be hoped for in terms of saving both these polls is that the true percentage is between 39.46% and 50%. In this case, the probability of both pollsters getting the results they have, while not infinitesimal, is still very small; way less than 1% (0.0625% to be exact).  No professional statistician would give credence to an event with this low a probability of happening.

So what’s going on?  Given the powers behind the polls, I suspect we are seeing the result of the NBC poll being heavily, or more heavily, directed toward prospective Clinton voters than the Google poll.  Done at the same time and with allegedly the same population of voters, they in fact have not sampled the same populations.  At least one of these polls, NBC, is biased.  These guys need to get their act together.

So don’t let these polls discourage you.  Hillary’s turn-outs belie the polls, the Reagan effect is lurking and, at a minimum, the NBC poll is biased.

Finally, look at the forces arrayed against Donald Trump.  There has never been anything like this in US history.  The system is rigged to steal the election from him.  The establishment media is against him.  His own party is working against him!  Virtually the whole world, from China to the Pope, is against him.  It’s a “miracle” that he is where he is.  But he is.

And as the saying goes, “it will take a miracle to elect him.” Precisely.  This is just the kind of situation in which God will act, when there is no alternative explanation. When Trump wins there will be no explanation other than a miracle amongst the voters, to the Glory of God.