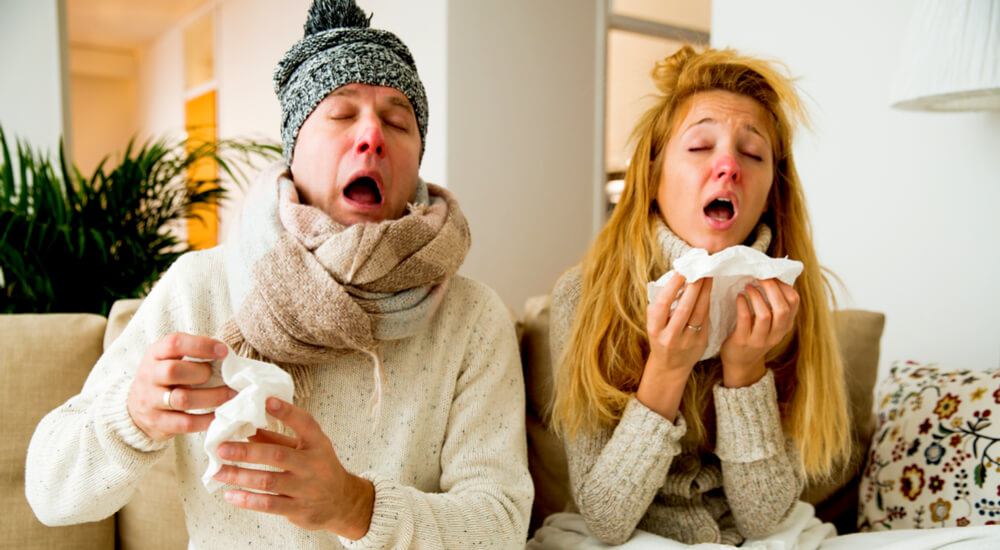 Many of us don’t think much of the flu, other than the warnings on commercials for various remedies, that it’s cold and flu season. It’s never been thought of as a killer disease or affliction.

However, the fact is that Worldwide, the flu has become an epidemic. The World Health Organization (WHO) estimates, “these annual [flu] epidemics to result in about 3 to 5 million cases of severe illness, and about 290 000 to 650 000 deaths.”

Up to 650,000 deaths worldwide from an illness, that until recently we’ve put in the same class as the common cold.

But one might say – okay, that’s worldwide, and worldwide means a lot more third world nations with poor healthcare than developed nations. Yes, to some extent this is true, and it skews the curve as it were, but even here in America, influenza kills about 50,000 per year. That’s 137 Americans dying every day. In fact, it’s number eight of the top 10 killer diseases in America – above kidney disease and approaching the same level as number seven, diabetes.

But fear not, for a Japanese pharmaceutical company, Shionogi & Co. has developed a drug that is capable of killing the flu virus in a single day. That’s right – one pill – one day.

Reports are that this breakthrough flu pill could be on the market within months – in Japan. However, those of us suffering and dying from this latest outbreak of influenza here in the U.S.A. will have to wait until next year.

Well that makes no sense, you may say. It’s not like this drug was developed in some hut in the backwater of Uganda or Afghanistan. Japan is an advanced nation, scientifically and medically on par with us. Why can’t we just accept their expert results as sufficient, dispense the drug and save our fellow countrymen?

Two words – Federal Government. Our benevolent federal government, through the Food & Drug Administration (FDA) will not allow such things. They must be the last and only word on what is deemed safe or not, and by extension, who will live and who will die.

So within a few months, this remarkable new drug will rid those suffering in Japan of their symptoms in as little as a day, and our FDA will essentially tell our citizen sufferers to eat cake, as they die of respiratory failure and pneumonia.

But this is typical of a bloated inefficient government bureaucracy. It moves too slow, is too expensive and lacks any incentive for innovation. Potential breakthrough cures sit languishing as the FDA plods along.

Several years ago (2011) Steve Forbes wrote of this very problem regarding the alarming decline of new antibiotics being developed.

“Bacteria can become drug-resistant, but for decades pharmaceutical companies, especially in the U.S., routinely came up with new antibiotics to fell new killer germs. Now, however, the flow of new stuff has dried to a trickle,” writes Forbes.

He says that politicians love to blame Big-Pharma, but the number one culprit is the FDA. “Regulatory agencies like the FDA are contributing to the problem with a constant barrage of clinical trial requirements that make it harder, slower and more costly to develop antibiotics.”

The FDA requires companies to put up enormous sums of money and resources for testing, but routinely change the rules of the procedures mid-stream, adding to the cost and time. And if you are a small entrepreneurial start-up, you might as well forget about it. The FDA will bankrupt you with additional cost and bureaucratic roadblocks before testing is complete.

And Forbes adds that, “Even when trials are successfully completed the FDA is reluctant to give a new drug the green light.”

So if you have a friend, neighbor or loved one who contracts this latest strain of influenza in 2018, just ask if they can just hold out until sometime in 2019, when the FDA might get around to sanctioning an already known cure. This will surely make them feel better.