A New Declaration of Independence? 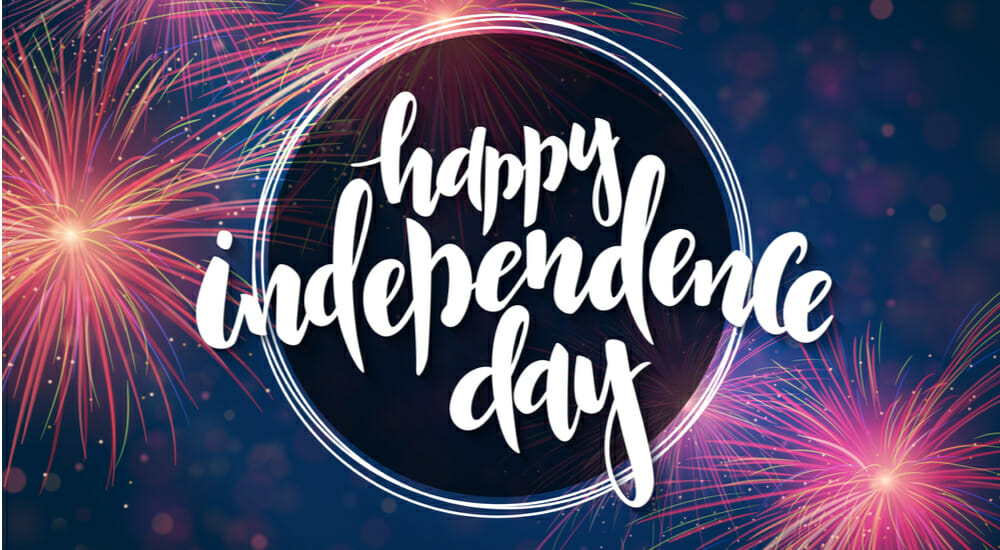 A Declaration of Independence for All Sovereign Nations

Any nation is formed to take its place as a separate and equal entity. If it is founded upon self sufficiency, independence, liberty and individual justice it helps define and protect the common good of excellence, morals, and ethics. If the ethic is productivity, excellence, betterment and justice, the country is based on rejecting parasitism, mediocrity, impunity and the average bad.

But now, all nations are threatened by a foreign ideology, Marxist Socialism, which denies the very essence of these core beliefs making it subservient to the whims and objectives of totalitarian globalist socialism which seeks an “interdependent” world of control, taxation and usury where nonproductive parasitic nations feed off productive nations and productive people.

When each nation seeks to insure and defend individual life, liberty, and property it contracts with the people to protect itself and the population from usurpers, tyrants and invaders. But, to preserve tyrannical power, some nations seek to perpetuate their power through foreign plutocrats who control through debt based currency. These seek to form a “New World Order” that puts “interdependence” over individual achievement to destroy cultures and homogenize values. It promotes the average bad and destroys the common good denying betterment itself and claiming that ideal is a compromise between best and worst, good and evil.

When an individual or a nation makes and betters a value, he has a right, indeed a duty, to seek sovereignty and prove his superiority, on his own, without “interdependence” or compromise.

Global socialism undermines individual rights and sovereignty, creating a global tyranny which changes the dynamism of capitalism to the inefficiency of debt and bureaucracy, eliminating the rights of productive people and giving undue advantage to parasitic elites who would usurp productive capacity through force and guile. We must, therefor, reorganize the principles and powers to avoid and prevent the tyrannies of socialism so as to more likely secure our individual safety and happiness. Globalism, firmly underpinned in Marxist socialism, has grown with this foreign ideology which is flawed in theory and a failure in practice. We must now oppose, fix, and abolish this evil, instead of continuing to suffer it.

Globalism usurps the lawmaking powers needed for the public, local, good and undermines our representation in the legislature, depreciating our productivity and value, calling the majority of our great nation as “flyover country.” It slants media opinion to globalist views and rejects contrary opinion and dissent.

But, when socialism blocks opinion in institutions, press and media, its repression causes a backlash which returns individual thought to the individual. It has, through its tyranny, required us to reject the opinions of “experts in the media” and has given us the courage to think and decide for ourselves. Their centrally controlled, privately owned, international banking systems has denied governments’ ability to acquire lands, decide who to admit and reject and has required acceptance of insurgents and enemies of the state. It has made administration of justice subservient to globalist whims.

Socialism has inverted rights, liberty, justice and autonomy into privilege and impunity through “human rights”, “civil rights” and “social justice” only to deny individual rights and individual opportunities and apply these as privilege or punishment to whoever is chosen by those in power whenever in power. They have corrupted the rule of law and made it into the rule by tyrants. They have converted the opportunity and individualism of capitalism to the bureaucracy of accumulation, size, government regulation and debt. The globalists incite wars and change regimes to further their private, globally controlled, central banking systems without the consent of the population, often putting globalist ends and UN forces above the interests of our own nation and our populations military power and well being. It protects those who murder our patriots from being tried and convicted.

Globalist socialism now directs how we trade with all parts of the world, imposing taxes and causing disadvantage to productive nations by converting mercy to impunity and thus depriving us of justice. Socialism has altered fundamentally the form of our government, has corrupted our legislative and executive branches and provides advantage to those nations that apply slave labor to undermine and displace the competition of those who produce freely.

By making the US a private corporation and the armed wing of the globalist usurers, global socialism builds and sends large mercenary armies to kill, enslave and change the regime of those that do not have private central banks. This ideology is not worthy of adoption by a civilized nation. It conscripts our soldiers to fight in foreign wars and makes them executioners of their allies. It sets up attacks and makes domestic insurrections and encourages others to war against us on our frontiers. These have destroyed civilians of all ages, sexes and conditions. Our repeated petitions to abandon this ideology is only met with redoubled efforts and repeated injury.

Marxism and its child, globalism is a totalitarian ideology which cannot be used to guide a free people.

We have advised the consortium of nations that they must not attempt to impose a global tax upon us. We have reminded them that our system of government is based on how we emigrated and settled the United States. We have tried to appeal to the sense of justice, showing them that we are all members of the same human race with the same wants and desires to be treated as equals under the law, not for results but for the opportunity to produce, compete and thus prosper through right, as well as the right to be judged as equals. Their totalitarian ideology is foreign to our desire for productivity, independence, liberty and competition and we must accept the necessity of separating our country from socialism and hold those countries that attempt to force their ideology upon us as enemies in thought.

We, and indeed all nations that seek independence and sovereignty state that our intentions are right, that we appeal to the common good and not the average bad, that socialism is an evil that has been debunked in theory and only serves in practice to self serving despots and tyrants. All nations which seek this sovereignty are to be absolved from any allegiance to global government. We will no longer be obliged by force to form treaties with consortium of nations which offer only force and deceit for trade.

And for the patriotism in each nation and each one of us, we pledge to defend our nation with our lives and honor.