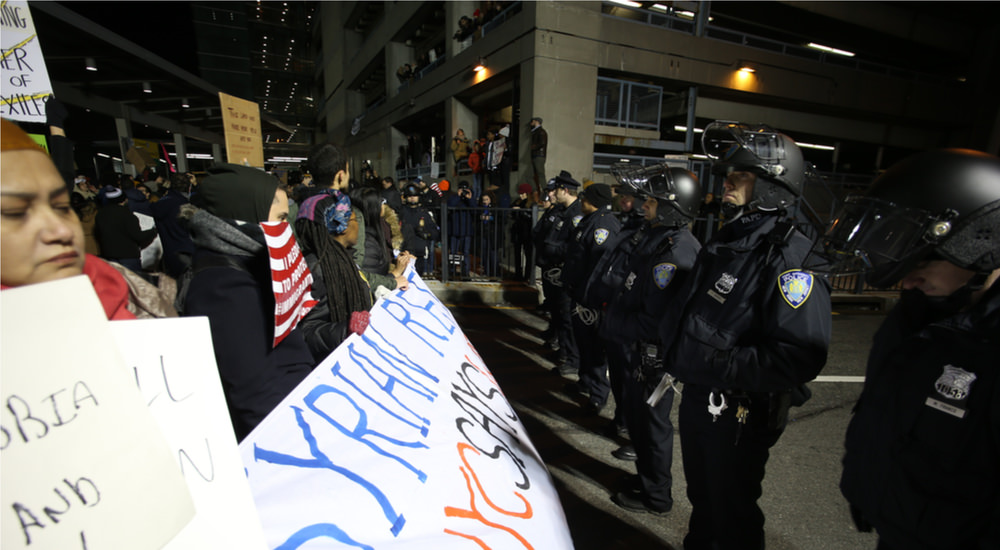 Free speech is coming to a halting grind. In the post-Trump election era thanks to UC Berkley and the liberal Left, progressives, and the regressive left, what you say could make you lose your job as we have seen in the recent past. The free speech movement which started with protests at Berkley in the 60s is ending ironically with riots at Berkley.

Berkley used to be a friend of free speech. But, just like the Social Justice Warrior’s unfriending their Facebook friends because of who they voted for or families and relationships falling apart because of election results, Berkley’s giving the boot to free speech. Berkley’s ideals are just dust in the wind.

The end of free speech seems to be in tandem with the fall of the Left and the democratic loss of their political leader turned martyr Hillary Clinton. Clinton’s words are coming back to haunt her though, her gems such as not accepting the results of an election, is a “direct threat to our democracy” and “We must accept this result and then look to the future” are proving a point, but about the wrong people.

College campuses used to be a place where free speech, alternate visions, political ideas, and ideas in general could be explored and left to flourish. They could be built up into something which benefitted everyone. Today, they are just places for SJW’s to spread their hate.

College campuses today are really just a hotbed for women’s studies and cultural Marxism, for gender studies and critical theory, queer theory and identity politics, and political correctness and are nothing but a money generating cash cow for the government’s Department of Education. These racist academic classes are disguised as liberal studies, but does nothing but destroy the foundation of a university education.

Protests? I mean with riots.

The tactic that I’m hearing about is conflating ideas with action. This is an attempt to blur the lines between ideas and actions. They hype up a speaker they disagree with and cause protests by funding outsiders to come to a campus or rally and spark what eventually turns into riots. This, in effect shows dishonestly that the speaker’s ideas are evil and causes students to be “triggered.”

This “triggering” effect isn’t just isolated to college campuses. We saw this in Washington during Trump’s inauguration week. The so-called “women’s march” was nothing but an example of herd mentality: over a million women marched in Washington and nearly 2.5 million marched nationally and globally.

The left had become too cushy during the eight years of the Obama era. This was the beginning of the end of free speech with cultural Marxism and political correctness run amuck. If you had an opposing view, whether it was against BLM movement or the LGBT movement, your views were shouted down. You were called a racist, a homophobe, or any number of post –ist and –phobic pejoratives.

For the first time in our history, Americans have to be fearful of what they say, of what they write, and of what they think. They have to be afraid of using the wrong word, a word denounced as offensive or insensitive, or racist, sexist, or homophobic.

But that era has come to a close. The days of stifling opposing views being discarded or shut down is in the past and the left is fighting hard to prevent it.

The left’s reaction is doing nothing but helping its demise. They didn’t learn during the election about the effects of censorship and they don’t seem to be learning now.