“Never Trump” and the Bible 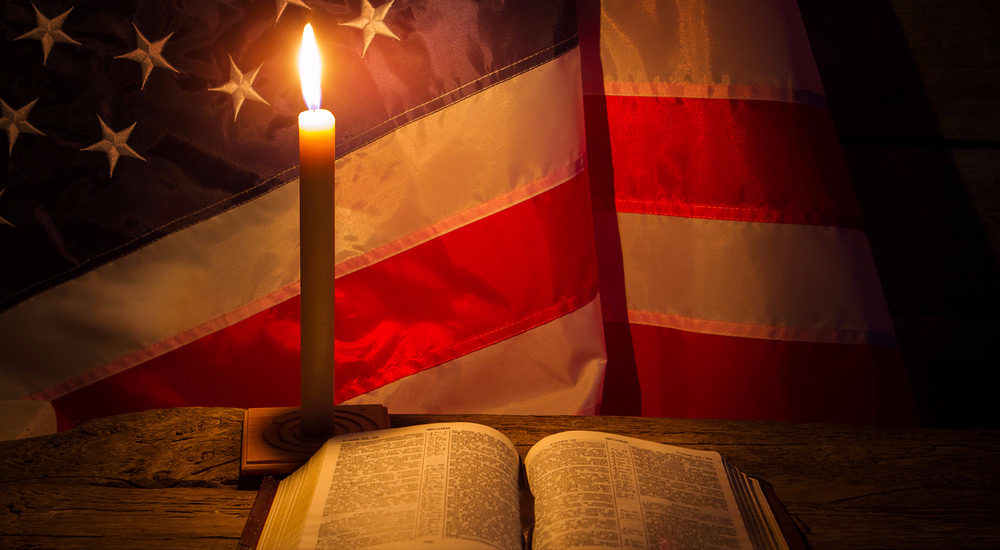 Do delegates at the July 18-21 Republican Convention, who are “bound” to vote for Trump, have the legal right to vote differently from the first ballot? If they do, will it be politically smart for delegates to vote differently than the majority of voters sending them to Cleveland? Does God have an opinion about any of this? How should conservatives and Christians respond to a candidate who has Trumped everything everyone not so long ago thought was intelligent, sensible, and in the best interests of America, not to mention conservative and Christian? What does the Bible say about a “pure” candidate? I personally am unsure whether Trump will actually prove as dangerous a president as some of his statements indicate because his stated positions are such a moving target.

But first, a quick review of some of the options in the news.

CNBC reported on April 6 that according to 37B and 38, delegate votes are counted individually and are “unbound” even if the rules of their home states say otherwise. This conflicts with Rule 16(a) which says state rules can bind delegates, but Rule 16 is not part of the block of rules which govern national conventions! Meanwhile the Supreme Court has ruled that national rules trump state rules.

Constitution.com reported May 17 that “The rules committee has the power to unbound delegates to deny Trump”, but asked, “Do they have the will? There really isn’t a consensus third party candidate for any of the anti-Trump forces to unite behind….The majority of the delegates are Cruz delegates….it seems Cruz is more focused on returning to fight in the Senate and work on his re-election campaign.”

National delegate Stefani Williams wrote an June 24 that “GOP delegates are not bound to vote for any particular candidate at the convention; they are free to vote their conscience – according to Rules 37 and 38. (Rule 37 has been in place for over 130 years….) This principle of delegate freedom has been recognized and protected by every GOP convention since the founding of the Republican Party.”

The Huffington Post reported June 30: On June 17, Trump said ‘Any such move would not only be totally illegal but also a rebuke of the millions of people who feel so strongly about what I am saying.’ On June 19, he told NBC News: ‘They can’t do it legally. But the [anonymous] RNC [Rules Committee] member said the Supreme Court cases — one from 1975 the other from 1981 dealt precisely with that issue. Delegates may face retribution from local or state party officials, but given the case law, are highly unlikely to succeed, he said.’

My own reading of Rule 37 and 38 is that they flatly negate state “winner take all” rules, but might be interpreted as consistent both with state proportional rules and with rule 16. However, new rules to be written before the convention will certainly clarify these points. We won’t be certain of our legal rights before then.

But would it be ethical, or politically smart, to veer from the popular vote?

Delegates are chosen to represent voters for the same reason our government is managed by elected representatives instead of by direct popular vote, which is why our form of government meets the definition of “Republic”. We elect representatives whom we expect to be better informed than average voters because we give them time to study complex details which few of us have the time or interest to study.

The Courageous Conservatives PAC runs ads in Iowa saying “We elect delegates to nominate presidential candidates not as rubber stamps, but as real people to make real decisions in the best interests of our party and our conservative values. Normally our delegates would ratify the primary winner, but this is one of those times when delegates need to be free to vote their conscience.”

Newt Gingrich doesn’t think that is a good enough reason. He warns, “Don’t think you can safely get away with imposing your values, your judgment, your wisdom on the people of the United States. That era’s over, and in fact, you’re going to look very foolish arguing that the voters — your voters — back home don’t count because you’re so much smarter.”

Gingrich seems unmindful of his own past as an elected representative doing things that weren’t always popular, which he got away with because he was able to explain his reasons very well, earning respect for his intelligence.

Yet his warning will certainly come to pass, unless average voters hear such clear reasons for any veering that they will be glad their votes were trumped.

Therefore, the success of any veering will depend on the success of the public education accompanying it. It hasn’t succeeded yet, or Trump wouldn’t be our nominee.

However, there should always be public education about any dangers in any coming presidential term. Public understanding of dangers always helps awaken enough Americans to prevent them.

Trump really isn’t the problem, to the extent there is a problem: it is the feelings, beliefs, and attitudes permeating a majority of voters, that blind them to problems. To the extent a majority holds ignorant, dangerous views, politician can achieve much good; while successful education will restrain any president from doing wrong, and help him do right.

The fact is our voting majority has become just corrupt enough to be uncomfortable with a more principled, more disciplined, more politically intelligent, less prejudiced candidate. As long as that mindset dominates we can’t expect better candidates. Activists use presidential campaigns to educate and inspire that mindset, because that voting majority is the foundation of good government.

The other root problem is the lack of political involvement needed to steer whoever wins. That is one benefit of a dangerous candidate: the more he alarms voters, the more they step up to restrain him. The more satisfied voters are, the more they figure they can just watch TV and let their hero handle it, which he can’t, without their support.

A situation once arose in the Bible where the popular vote was tragically ignorant.

Until King Saul, Israelites elected their leaders, according to Deuteronomy 1:13. But by 1 Samuel 8, Israelites wanted their own dictator (king) like other nations. God told Samuel to warn the people how foolish their choice was, but once their choice was informed, to give them the tyranny they demanded.

God won’t force good on us. He wants it to be our choice.

But God used His waning influence with the people to minimize the harm by subjecting the new king to law higher than himself – like a Constitution. 1 Samuel 10:25.

Similarly, we ought to use our influence to educate the majority about what they have chosen, and to find ways to minimize the harm, if Trump remains their informed choice.