#NeoTrumpism – The Arrogance of Power 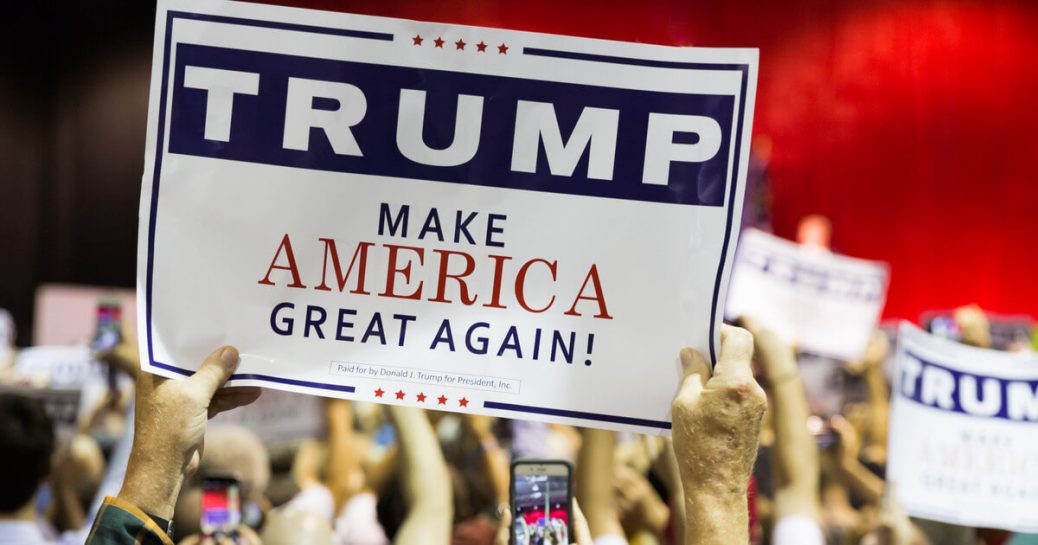 Let this author first and foremost implore your significant patience and understanding of history, and how a race once radically reformed is bound to make the mistakes of the past. This Author has coined the phrase “#NEOTRUMPISM”, as it resembles in total to the rise of Adolf Hitler in Germany, and the days of turmoil that destroyed Germany.

Hitler started off with a significant ability to communicate with the common German, and then little by little, his aspirations grew, his rhetoric became more deplorable, and his racism and bigotry became rampant.

Employing his characteristic mix of negotiation and intimidation, Hitler offered the possibility of friendly co-operation, promising not to threaten the Reichstag, the President, the States or the Churches if granted the emergency powers. With Nazi paramilitary encircling the building, he said: “It is for you, gentlemen of the Reichstag to decide between war and peace”. The Centre Party, having obtained promises of non-interference in religion, joined with conservatives in voting for the Act (only the Social Democrats voted against).

The Act allowed Hitler and his Cabinet to rule by emergency decree for four years, though Hindenburg remained President. Hitler immediately set about abolishing the powers of the states and the existence of non-Nazi political parties and organizations. Non-Nazi parties were formally outlawed on 14 July, and the Reichstag abdicated its democratic responsibilities.

The Act did not infringe upon the powers of the President, and Hitler would not fully achieve full dictatorial power until after the death of Hindenburg in August 1934. Hindenburg remained commander-in-chief of the military and retained the power to negotiate foreign treaties.

Hitler as Chancellor on 30 January 1933 after a series of parliamentary elections and associated backroom intrigues. The Enabling Act—when used ruthlessly and with authority—virtually assured that Hitler could thereafter constitutionally exercise dictatorial power without legal objection.

Adolf Hitler rose to a place of prominence in the early years of the party. Being one of the best speakers of the party, he told the other party members to either make him the leader of the party or he would never return. He was aided in part by his willingness to use violence in advancing his political objectives and to recruit party members who were willing to do the same.

Then we have the final nail in the coffin. The raising of hands at Nuremberg!

With one accord, the whole enormous gathering rose to its feet and greeted Hitler’s final words with thousands of outstretched hands: sentences of brilliant force and majesty, a holy oath of all National Socialists as this Reich party rally were met with constant thundering shouts of “Heil,” rendering some of the words unintelligible.

Hitler said: We National Socialists, therefore, make the holy promise never to rest in raising the honor of this flag, making it our symbol of self-discipline, obedience, and order. Let it be to us a symbol of eternal struggle. We see in this flag the victorious sign of freedom and the purity of our blood. We want this flag to be a symbol of salvation, a sign that faith in these great possessions is alive in our people. May in the coming years a party rally occur at which five times as many people march, even if their sacrifice is still greater than ever before!

Do you see the similarities? There was a conspiracy planned out in advance. There has been subtle if not more nefarious evidence of an agreement between the GOP and Trump to run for President. His populist idealism became out of control, and the GOP can no longer control Donald or his Neo-Trumpism. The military was weak, the country was divided, and the economy was in turmoil. as we currently see in America.

Hitler was able to control people and their emotions with his oratory skills, hmmm, so does Donald Trump. Hitler became Chancellor with only 44% of the total vote, hmmm, is that not the average of Donald’s numbers?

And finally, the raising of hands in the “unholy’ promise using the right hands raised in a flat palm style.

This is such a short history combined quickly to give you a vivid image of what America is stepping into. The landmines are set, The GOP and the DNC have made despicable alliances for years, and today, we see the #neotrumpism movement, the Democratic Socialist movement by Bernie Sanders, both from Germany of the 1920s and 1930s, and then we have one of the biggest lying con-artists, murdering by omission criminal Hillary try to stay afloat of 2 other populist candidates. It is time to think.

STOP THE WORLD AND LET ME OFF!!!I WANT NO PART OF ANY OF THESE 3 CANDIDATES. They all have a stench of disgusting, and histories less than amiable. Time to create, support, and defend a true 3rd party Constitutional Conservative for the President of the United States.

REMEMBER JFK, RONALD REAGAN, MARTIN LUTHER KING, THE TEA PARTY, THE REVOLUTION, THE CONSTITUTION, THE STARS AND STRIPES, AND FINALLY AND MOST IMPORTANT EACH AND EVERY INDIVIDUAL VET WHO HAS SACRIFICED TO MAKE AMERICA OUR HOME. ARE YOU READY TO DESTROY IT FOR YOUR OWN SELFISH WORTH?