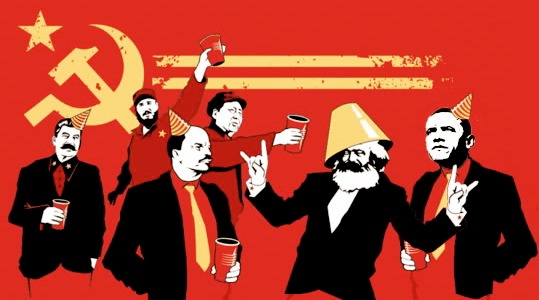 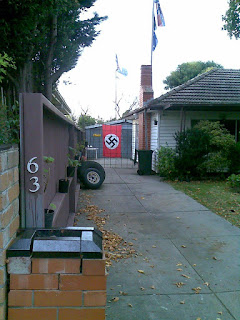 The number of hate groups operating in the United States continued to rise in 2008 and has grown by 54 percent since 2000 — an increase fueled last year by immigration fears, a failing economy, and the successful campaign of Barack Obama, according to the Southern Poverty Law Center (SPLC). The SPLC identified 926 hate groups active in 2008, up more than four percent from the 888 groups in 2007 and far above the 602 groups documented in 2000.
White supremacy is the belief that white people are superior to others because of their race. Prior to the Civil War, racism and white supremacy had been common attitudes in both the North and the South. After the Emancipation Proclamation, when Union troops began to fight for the abolishment of slavery, Northern attitudes shifted slightly, and many felt that blacks deserved equal legal rights and equal protection, even if they were not considered socially equal.
In the South, however, white supremacists did not believe blacks should have any such rights. During Reconstruction, white supremacists formed political and social groups to promote whites and oppress blacks, and to enact laws that codified inequality. The Ku Klux Klan (founded in 1865) and the Knights of the White Camellia (1867) were secret groups, while members of the White League (1874) and the Red Shirts (1875) were publically known. All four groups used violence to intimidate blacks and Republican voters. Their efforts succeeded, and with the end of Reconstruction in 1877, white supremacy became the reality of the South.
According to Schoep, extremists are also exploiting the economic crisis, spreading propaganda that blames minorities and immigrants for the subprime mortgage meltdown. “Historically, when times get tough in our nation, that’s how movements like ours gain a foothold,” he said. “When the economy suffers, people are looking for answers. … We are the answer for white people.”
“Many white supremacist groups are going more mainstream,” said Jack Levin, a Northeastern University criminologist who studies hate crime. “They are eliminating the sheets and armbands. … The groups realize if they want to be attractive to middle-class types, they need to look middle-class.” Levin estimated fewer than 50,000 people are members of white supremacist groups, but he says their influence is growing with a more sophisticated approach
There are no hard and fast rules, of course, but let’s consider a few useful guidelines for knowing when you’ve got a problem, just in case you’re thinking about a career in national politics.
1. The group was founded by David Duke.
To be fair, Duke is a relatively common name in public life, and it’s easy to get confused. You’ve got Patty Duke and Duke Ellington, and of course Michael Dukakis. This being Louisiana, you can’t forget Bo and Luke Duke. Why wouldn’t you show up at a convention if you thought you were getting a ride in that sweet car with Catherine Bach?
But pay careful attention here, because David Duke is actually a pretty notorious character. Starting in 1988, when he first ran for president as a Democrat (alas, only one Duke could emerge victorious), this Duke was for many years the most recognizable, articulate and unapologetic white supremacist in America — a glib and embarrassing reminder of the South’s ignominious past. He even served a term in the legislature. For those of us who came of age in the Reagan era, even if we never stepped foot in Louisiana, David Duke was like some touring museum exhibit, the last of the crusading Klansmen.
So if Duke is putting on your conference, or is speaking at it, or is anywhere in the same ZIP code and hasn’t yet been rearrested, you probably want to exercise caution.
2. Banners that say things like “White Power” hang from the ceiling.

Again, this is confusing. Because you might peer out through the blinding stage lights and think the banner says, you know, “white powder.” And you might think you’re at a drug legalization conference, which is all very mainstream these days, or maybe a ski industry confab. Or you might think “white power” actually refers to a kind of alternative energy, like “clean coal.” Although you can get into trouble here, too — just look up Solyndra.
Anyway, this is why it helps to read some of the group’s written materials before you block off that date on the calendar. In this case, according to the Southern Poverty Law Center, these have included whimsical remembrances of happier days in the 1930s when Germany was dominated by little Aryan kids frolicking through the fields. If that wasn’t in your briefing book, maybe hire some new staff.
3. The name of the group is the European-American Unity and Rights Organization.
This is so nonsensical, really, that I had trouble even typing it without looking it up three times. Actually, Duke originally called the group the National Organization for European-American Rights, or NOFEAR, but then the sportswear company “No Fear” filed a trademark infringement suit against him, and it turned out that Duke had maybe just a little fear, because he quickly changed the name to EURO. Currencies don’t sue.
Now, you know, political groups have all kinds of meaningless names, but they usually sound like “Americans Forward” or “Citizens Together” or “Blabbedy-blah-blah for Rainbows.” If the group you’re talking to sounds like it might have a paramilitary arm, it’s best to ask.
4. The hotel hosting the event is ashamed.
Trust me, I’ve been around, and budget hotels are not easily embarrassed. I once stuck my head into a dingy banquet room in New Hampshire and saw a Rod Stewart impersonator, about 20 years older than the actual Rod Stewart, gyrating his hips to “Da Ya Think I’m Sexy?” It stayed with me for years. No one even considered apologizing.
But in this case, the Best Western Landmark in Metairie, La., which you can imagine doesn’t do a whole lot of moral policing as a rule, seemed mortified by its role in hosting the 2002 conference. In response to protests before the event that Scalise somehow missed, the hotel said it didn’t share the group’s convictions but would honor its “contractual obligations” anyway.
This came after the Chicago Cubs’ AAA team, the Des Moines Cubs, announced that it would change its travel plans to avoid the hotel because of the white supremacist gathering. I mean, Steve, did you not see the movie “42”? Baseball clubs are not historically known for their extreme sensitivity to racist hotels. So maybe that should have tipped you off.
5. No one actually cares about your tax stand.
Scalise told NOLA.com, which had some excellent coverage this week that at the time of the EURO conference he had been doing a lot of public speaking about his opposition to a local tax bill and had even talked to the League of Women Voters. You can see the obvious similarities here. The League of Women Voters espouses some deeply controversial ideas too, like suffrage. Also, little-known fact: Its founders originally wanted to call it the National Initiative for Knowledge in Elections, or NIKE. That was a debacle.
The end result of these comments, information, and the sickening idea that people today are still as racist and bigoted shows the ignorance of a group of fool hearted people who want to call themselves Americans, and they to this point are supporting 7 to 3 in favor of Donald J. Trump for President. This should tell you a lot of the character of the candidate that he brings out hate groups made for the sole reason as to use racism and bigotry as their lifestyle. Neo-Marxist are sick individuals who have no clue about Germany, and Italy during the World Wars, and I would suspect have not read any history of the terrible deeds that they did, while the White supremacist have not studied the history of murder, rape, and inhumane treatment of other humans for sport and slavery. Anyone who believes in, or is a part of these groups have mental issues, and deserves not to be allowed to spread their hatred or disgusting idealism.
Be that as it may, I’m guessing the League of Women Voters’ attendees had some genuine curiosity about the tax debate, as opposed to asking, say, “Would you be in favor of restricting voting rights to only those citizens whose genetic composition could be determined to be no less than 98 percent Caucasian?” Or “Can you comment on the rumor that there are black men serving in Congress and that they use the same water fountains?” Questions like that should raise a red flag.
One last bit of guidance: If you do end up accidentally speaking to a roomful of white supremacists, try to make a note of it somewhere, because eventually someone who doesn’t like you is going to figure it out, and the last thing you want is to be caught unaware and have to say you really have no idea.
If that happens, it’s not just the appearance of indulging pathetic, retro racism you’ll have to worry about, but looking like a fool, too.
Tags: Racism