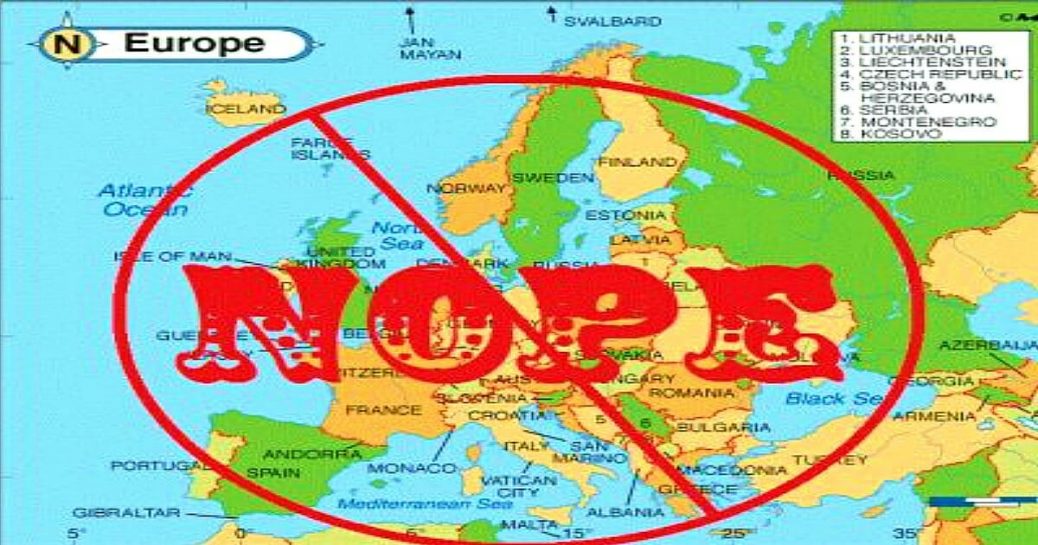 Neo-Democrats and their race of “Brown People”

In 21st century America this is the Left’s catch-all phrase of anti-white racists and two-faced name calling.  They made up this “race” to include anyone who is not of European descent including Mexicans and Moslems and Californians with a spray tan.  To the Left, the “American race” is WASPs whom they say are all bigots because they were born white.  Leftists believe themselves to be pure of spirit and without sin, incapable of hate and bigotry despite publicly spewing it on the world every day.

When you call everyone a racist bigot because of the color of their skin you are the racist bigot.  Liberals call Trump a racist on the basis of their contempt for his Christian conservative Americanism rather than on the basis of his character.  According to them, Trump has no blacks, Hispanics, women, homosexuals, or any of their brown people minorities in his administration.  Those who are there they label as traitors to their own kind, thus proving that their idea of “racism” is anyone who is not a card carrying member of their Neo-Socialist Liberal Nazi Commie Fascist Club.  In their ignorance they declare the party of Lincoln to be the father of the KKK.  In their hate they scorn great men like Dr. Ben Carson and good Christian women like Diamond & Silk as racist sellouts.

California’s attorney general has made it a crime to obey federal immigration law that he will prosecute.  This is not prosecution, but persecution, a crime against America, and a hanging offense!  Only a Democrat would criminalize the law of the land by imperial fiat.  Their Democrat Governor Brown has already given illegals the right to vote in his state and declared the entire state a sanctuary from federal immigration law.  California does not have the right to determine immigration law for the rest of the nation.  They do not have a right to give people who are in the country illegally the rights of citizens – especially the right to vote – thus taking away the people’s rights.  This is the Neo-Democrat Party of the 21st century; the party of foreigners, criminals, and haters.  Brown & Co. are establishing their own nation-state in violation of the Constitution and the rights of the American people.  There is absolutely no reason why President Trump shouldn’t have the lot of them arrested and charged as enemies of America just as Lincoln did with the leaders of the Confederacy.  In the 19th century, Democrats declared their own nation to keep slavery.  In the 21st century they are doing the same to keep their welfare voter slaves of foreign invaders they need to keep the ignorant lower classes filled with people dependent on Democrats.

Likewise Obama who was elected saying he would uphold American immigration law, but acted as king from the Oval Office overriding that law.  He campaigned saying one thing and ruled after his election doing the opposite to the point he even illegally granted citizenship through DACA, and Neo-Democrats want to extend that to their families and beyond.  He said he would keep the borders secure, even went in front of TV cameras repeatedly to lie about deportations, while he imported cheap labor from South America and Moslem fanatics from the Middle East claiming he was giving aid to refugees.  Liberal Democrats believe this was the right thing to do.  They equally support Hillary’s campaign schemes and Obama’s violations using American Intelligence agencies to criminally spy on the Trump campaign.  They believe that it is righteous to lie to the people in order to dupe them into electing them and then doing the opposite of what they promised in the campaign, up to and including instituting fascist totalitarian corruption.  Why would anyone trust such people?

Neo-Democrat’s “Brown people” is a collection of neo-socialist racist bigots intent on destroying America.  Their only unifying factor is not the color of their skin, but the wicked content of their character.  President Trump needs to deport everyone who entered the country illegally, especially those that poured in with the help of the anti-America Obama administration, seal the border, and prosecute these Democrats who violate the law of the land.  Leftists always say they believe in the rule of law, but the only law in which they believe is that which they can wield through their power.  Might makes right is the law of barbarians, not civilized nations.  The neo-socialists believe they can overwhelm the good, righteous, patriotic, American citizenry by importing the dregs of the world to crush them at the ballot box and establish themselves as rulers of the neo-American banana republic.

[Europe is the Cradle of Civilization, the home of invention and innovation, and the birthplace of Christianity and the ideology of liberty.  The leftists of the world would have Europe corrupted and Christianity crushed by their hate.  They’ve been succeeding in dumbing down the masses for decades.  Only an ignorant, immoral populace can be led to worship the wicked as righteous.  America is the greatest nation in the history of the world that those who despise God and righteousness want to tear down to remake it in their image as a neo-socialist banana republic.  Democrats see Americans as “deplorables” and foreigners as “dreamers.”  It’s perverted.]