We Need to Restore the “Work for Welfare” Requirement 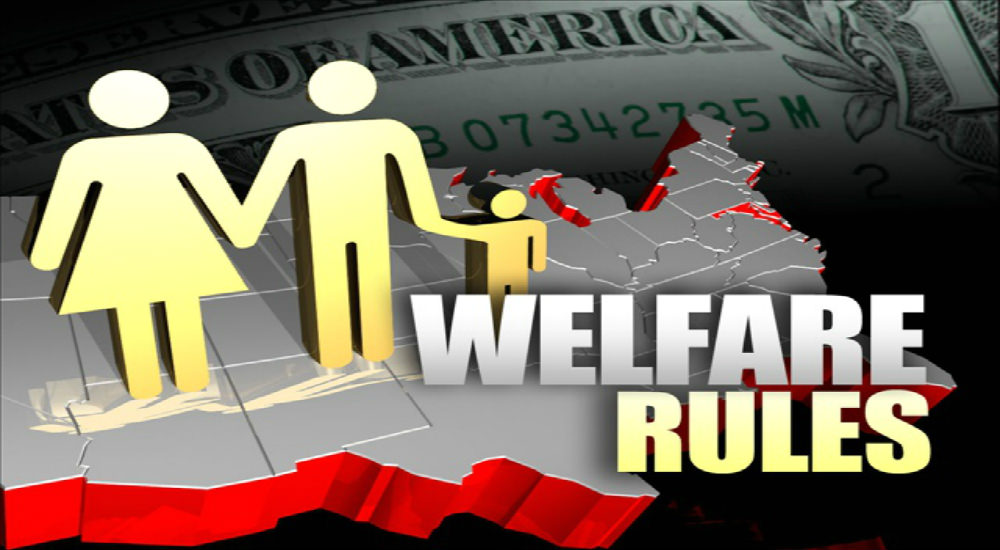 Sit back, take it easy—do you know what comes next? You can look forward to a dirt-poor life, (and) poverty…. (Proverbs, The Message translation)

“The office of government is not to confer happiness, but to give men the opportunity to work out happiness for themselves.” (William Ellerly)

“I am for doing good to the poor, but … I think the best way of doing good to the poor, is not making them easy in poverty, but leading or driving them out of it. I observed … that the more public provisions were made for the poor, the less they provided for themselves, and of course became poorer. And, on the contrary, the less was done for them, the more they did for themselves, and became richer.” (Ben Franklin)

“I think … we have … too many parasites living on the labor of the industrious …. Determine never to be idle … .” (Thomas Jefferson)

◊  What was the Welfare Reform (Personal Responsibility) Act of 1996? It was a bipartisan bill signed by President Clinton to require food stamps recipients to participate in a choice of activities in order to receive benefits. U.S. Department of Health & Human Services (ASPE), 9/1/96. “The Personal Responsibility and Work Opportunity Reconciliation Act of 1996”

◊  What did the law say? With an exception for the disabled and single parents, individuals who wanted to receive food stamps were required to do one of the following activities: Enroll in a community college or vocational class; work 20 hours/week of paid employment, or perform 6 hours/week of community service.
JustHarvest.org. “Food Stamps Work Requirements: What You Need to Know”

◊  Was requiring work-for-welfare successful? In the first 10 years after it was passed, millions of people got jobs and left the welfare rolls.
New York Times, 8/22/06. Clinton, Bill. “How We Ended Welfare, Together”

◊  Why was it discontinued? President Obama believed that eliminating the federal work-for-welfare requirements would improve welfare recipients’ employability according to many state governors.
FactCheck.org, 8/9/12. Kiely, Eugene. “Does Obama’s Plan ‘Gut Welfare Reform’?”

◊  What were the results of dropping the work requirement for receiving welfare?Since 2009, 7 million more people have been added to the food stamp rolls.
US Department of Agriculture, 6/10/16. “Supplemental Nutrition Assistance Program (SNAP)”

◊  How many states are currently involved in reinstating work-for-food stamps?Presently, 20 states have reinstated either full or partial work requirements for food stamps recipients. California is NOT one of them.
Independent Journal, Bevans, Shawn. “Here Are the States that Now Have Work Requirements for Food Stamp Recipients”

◊  What results are happening in states that reinstated work-for-food stamps?

◊  What could be the potential savings by reinstating work-for-foodstamps? Based on the number of people receiving food stamps nation-wide, a reasonable expectation of fiscal savings would range between $6-8 billion annually.
Foundation for Government Accountability, 8/5/15. Ingram, Jonathan & Horton, Nic. “SNAP To It: Restoring Work Requirements Will Help Solve the Food Stamp Crisis”

Statistics prove that – until it was waived in 2009 – the work-for-welfare requirement of the Welfare Reform Act of 1996 positively impacted millions of individual Americans, as well as state and national economies. It motivated millions of Americans to regain the dignity of self-sufficiency and self-reliance, improve their education and employment skills, and break their cycle of dependence on the government.

Waiving this requirement in 2009 was a well-intentioned but hugely unsuccessful move by the federal government. A growing number of states are now proving that reinstating the work-for-food stamps provision saves self-dignity, increases employment, and benefits their state economies. Every state would benefit by joining this trend.