Obama’s New Year’s Gift to Trump: More Power than Any President in History 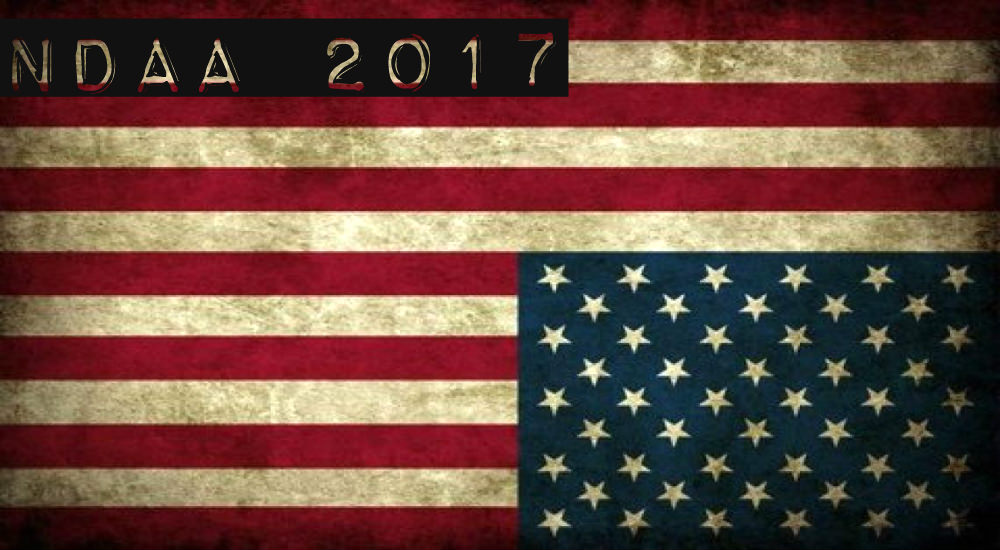 Obama’s Greatest Fear? That the ridiculous law giving the President almost unlimited power can be used against him!

The 2017 National Authorization Act was ominously similar in its draconian content to its predecessors!

On December 31, as New Year’s celebrations distracted the country, Obama quietly signed the 2012 National Defense Act (NDAA) from his holiday haven in Hawaii.

The 2012 NDAA, a $662 billion defense measure approved by Congress, “authorizes defense and counter-terrorism funding through fiscal year 2012 and regulates the detention, interrogation and prosecution of suspected terrorists.”

The bill also contains provisions that effectively abolish the United States Bill of Rights. It grants dictatorial power to the president to order the military arrest of US citizens on US soil and detain them for an indefinite period. The measures of the law were scheduled to go into effect 60 days after the signing of the bill.

Through the NDAA, the entire United States has been redefined as a “battlefield” wherein the military can arrest a suspected terrorist or undefined “belligerent,” and send him to a military prison indefinitely without charge and without trial.

The Fake News sets the stage and practically guarantees this can be used on President Trump and administration! Most assuredly, this will happen if Obama successfully provokes war and activates Martial Law!

On the other hand, the blissful irony for true Americans is that Obama knows President Trump can use this on Obama, the Muslim White House staff, and on all Jihadi shock troops pre-positioned across America!  As Pslam 141:10 proclaims, “Let the wicked fall into their own nets…”

And to redefine America as a “battlefield” also sets the stage for the hundreds of thousands of Russian, Chiese, and German UN “peace keepers” to confiscate guns in America! (Ever wonder where the German troops are to quell the Muslim invasion of Germany? They are in America as UN “peace keepers.”)

Nearly the entire political spectrum condemned this, but to no avail! From The John Birch Society and Senator Rand Paul, to the ACLU who said, “Obama’s action is a blight on his legacy because he will forever be known as the president who signed indefinite detention without trial into law.”

The Center for Constitutional Rights said, “The NDAA contains no geographical limitations and allows the president to indefinitely detain even American citizens. President Obama did pledge in a signing statement not to use this law t detain American citizens. But this provides little comfort, as signing statements have no legal force, and he has repeatedly failed to uphold similar promises.”

But a major irony looms for Obama! As Amnesty International declares, “The bill places enormous power in the hands of future Presidents, and the only answer the President has to say is ‘Trust me’.” Soros and Obama intended this NDAA to be passed on to Hillary. But now President Trump can legally use this on Soros, Kissinger, Obama and the Clintons!

Every year, The National Defense Authorization Act reveals and reinforces the thieving, criminal relationship between the Federal Reserve and the military/industrial complex cabal. One is tied to a draconian dependency with the other. The globalist Federal Reserve, allied with the foreign-outsourcing and traitorous globalist Military Industrial complex, benefits from for the NDAA’s profiteering Blood Business – through overt as well as hidden NDAA provisions!

In reality, Obama’s annual NDAA is actually the Globalist Defense Authorization Act and The National Offense Act in one. President Trump can now use this to his advantage to Make America Great Again!