Nazism is Nazism Even When It’s Called “Right” 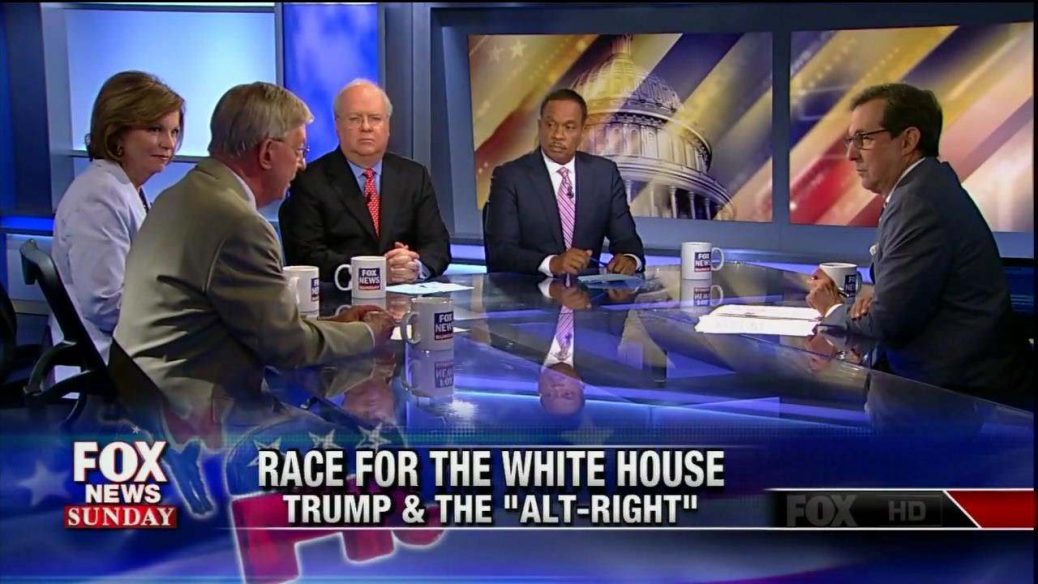 America has fought this disease only already – Nazism is still Nazism regardless of the name.

The alt-right, white supremacist, and other words that describe those who believe in a nation without color, or religious difference all are in one category, Nazi. This author is willing to call it by its non-politically correct name. Yes, they are Nazis, and millions died fighting against them. You may state but they are not the Islamic terrorist, but the most power comes in the dead of night when one hears just a whisper in the wind…

We heard from the mouth of our President-elect, Donald Trump he would not accept the PC world, but accepts names other than Nazi to describe his alt-right cabinet picks, committee leaders, and thousands of followers who all are Nazis. The KKK and the white supremacist is just an off-shoot of the Nazi regime and should be outcast for what it is. These three groups, all equaling one party, that of Nazism need to redeem their selves or be outcast from the unity creators of this great land.

The true definition of Nazism is:  National-Socialism or Nazism is a racist and anti-Semitic ideology which holds that the Aryan race is superior to all other races and that the government must actively promote the perfect race. Nazism tends to be fascism, but fascism is not necessarily national-socialist. We at times will also call these Nazis as Nationalist, and we can start to see the very plain indoctrination of millions.

The following is a report from an “alt-right” group called the “ANP REPORT” FOR NOVEMBER 09, 2016

Racial Comrades: “….and there is little joy in Zogville – Mighty Shrillery has STRUCK OUT!” LMAO

Yes, despite ALL of the NON-WHITE coalitions, from the blacks, the mestizos, the homos, and lezbos, just about EVERY featherless biped whom the Democruds could cobble together into their supposed “United Front” – the result was NOT what the SYSTEM and its lickspittles THOUGHT it would be…
The ONE group that has not only been IGNORED, but indeed slapped in the face at every opportunity that the Powers that Be felt comfortable with – the WHITE WORKING CLASS – FINALLY crawled out from under the bed, where they have virtually hidden for decades in the face of unrelenting PC assault, and ROSE UP to VOICE their ANGER and FRUSTRATION at “what” this nation and society has “become”, and it’s got ALL of the “experts” from the TOP to the BOTTOM of this toilet bowl, that despite all of their “education” and “knowledge” with crap on their faces!
It’s FINALLY hit them like a 2X4 between the eyes, that WHITE AMERICA is NOT the dying corpse that they assumed it to be, and given the OPPORTUNITY – this Sleeping Giant not only WILL, but HAS – AWAKENED!
I wrote from the beginning of Trump’s’ campaign, you can look it up in the Archives of these ANP Reports, that Trump would WIN – White America was ANGRY and READY to support a politician who dared speak as Trump did, whether he sincerely MEANT what he said or not. The system’s controlled MEDIA went overboard in ridiculing me in their to-be-expected hit pieces. THEY knew BETTER…lol. In all honesty, there OUGHT to be a LOT of job vacancies within the World of Zog – and that goes for ALL “sides” of the supposed “political spectrum” – Democrud AND Republirat. “From The American Nazi Party.

This is nothing but racist, Nazi racial profiling and blabber.

It is America’s time to list each of these groups as terrorists and killers. No longer can America accept any form of the Nazi Party in any state…

From Mother Jones “We have a wonderful OPPORTUNITY here folks that may never come again,” wrote Rocky J. Suhayda, the head of the American Nazi Party, last fall stated “Donald Trump’s campaign statements, if nothing else, have SHOWN that ‘our views’ are NOT so ‘unpopular’ as the Political Correctness crowd has told everyone they are!”During the Republican National Convention in July, Trump endorser Andrew Anglin, who runs a neo-Nazi website called the Daily Stormer, wrote: “The biggest story in the filthy kike media has been a few lines from Melania’s speech which these Jews claim she stole from monkey Michelle.”

Others among Trump’s extremist endorsers have advocated a violent overthrow of the US government, expressed hatred for blacks, Latinos, Muslims, and Jews, and threatened to “level and demolish every mosque across this country.”

Last February, praise for Trump from former Klansman David Duke attracted widespread media attention, eventually spurring Trump to distance himself from the Louisiana political figure. But Trump has not rejected endorsements from any of these other extremists—none of whom have before openly backed a major party nominee for the White House.” End quote from Mother Jones.

The American voter now has to decide. Where do they stand? The evidence is in place, and the evidence has been reported on and noted over and over. The President-Elect continues to ignore all facts concerning the desire for these Nazis to get him elected.

The question is why?

Canada and the United States