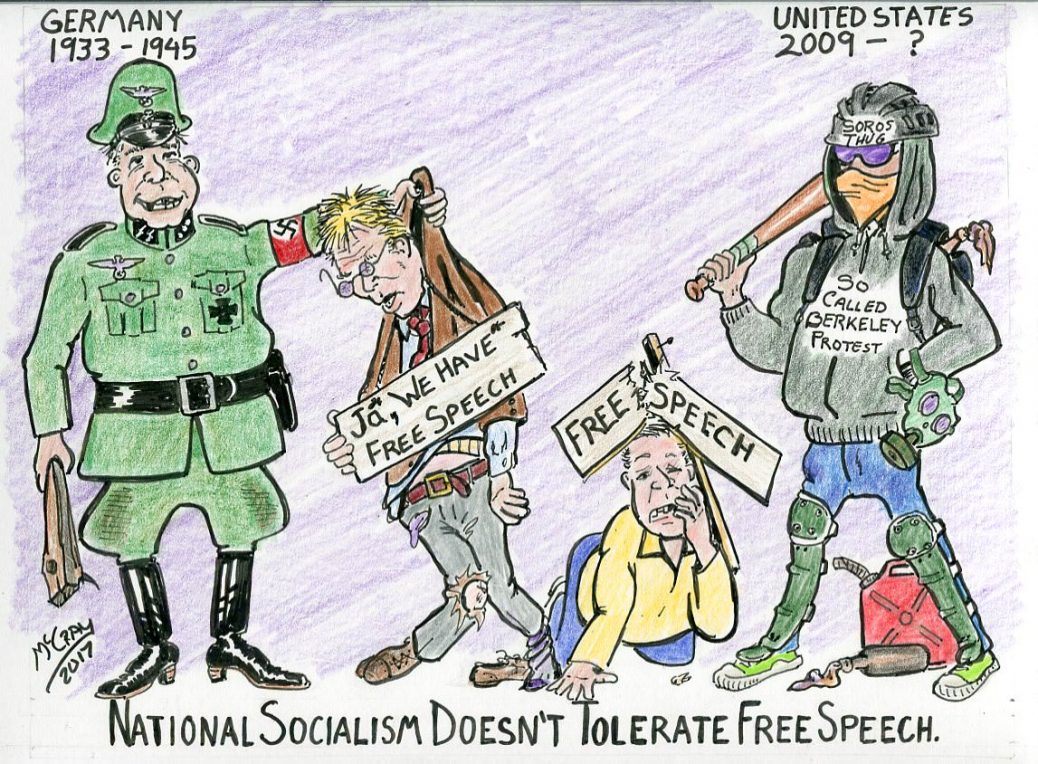 It has been well publicized that George Soros the anarchist billionaire has been funding many of the Thugs that have turned recent protest into riots as well as paying for phony protesters.  Soros has a long history with Socialism which is the apparent genesis of these paid thugs.  Soros learned his craft when he collaborated with the NAZI’s (the National Socialist German Workers Party) during their occupation of Soros’s home country of Hungary and later from the Soviet Socialist Russians who took over from the German Nazi’s.

The billionaire Soros has made it his demented hobby of using his wealth to wreck other countries and now has focused on the United States.  Allied with the Socialist Left in what use to be the Democrat Party their primary effort is to silence any opposing voice, Free Speech by whatever method that is available and promote the left’s extremist.  The riot that took place last week lead by these NAZI Style Socialist thugs silenced the speaker at the Berkeley Campus in California, if this trend is allowed to continue, you will witness history repeating itself.