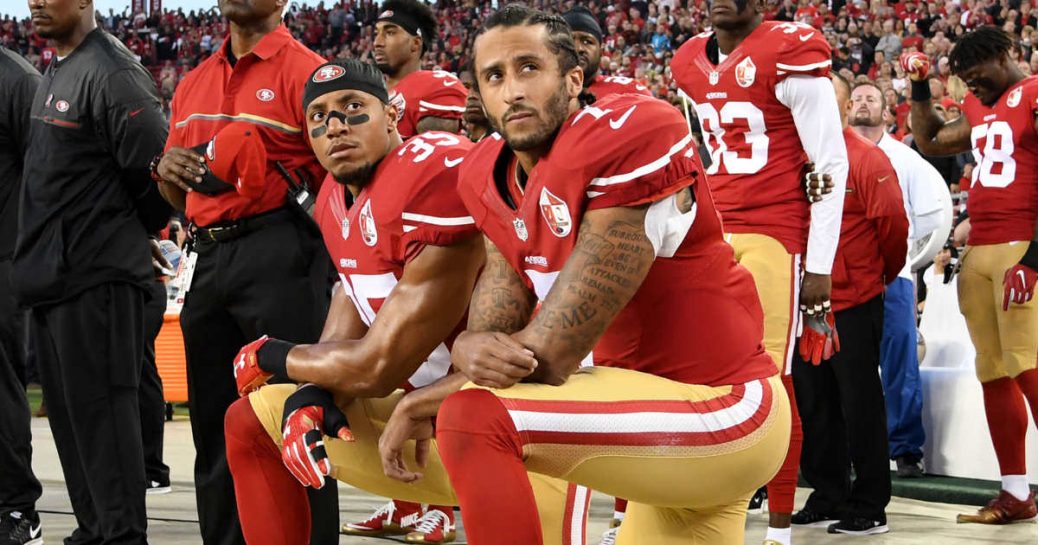 Anti-American protester Colin Kaepernick is still desperate to get back on a pro football team despite saying the NFL is “just like” slavery of black players.

The leftist quarterback protested at every game during the 2016 season, but when he turned free agent in 2017, no team was interested in picking him up — though he turned down several because they didn’t offer him enough cash.

Colin Kaepernick is now pleading for someone to hire him after being out of the league for five seasons.

“I can help make you a better team, I can help you win games,” Kaepernick said.

Kaepernick acknowledged that he likely won’t be offered a starting quarterback position off-the-bat.

“I know right now the situation likely won’t allow me to come in, step into a starting role,” Kaepernick told WXYZ-TV. “I know I’ll be able to work my way to that though and show that very quickly.”

I spoke with Colin Kaepernick on the sideline after his throwing exhibition at Michigan.

He said he can absolutely still play in the NFL. I asked what is your message to NFL teams: "I can help make you a better team. I can help you win games." pic.twitter.com/rUQTG562D7

This is the same guy who called the NFL “slavery.”

Colin Kaepernick compares the NFL combine, which allows all players of all races a voluntary chance to become multi-millionaires, to slavery. Anyone still defending this imbecile lacks a functional brain. pic.twitter.com/rMaKi7c6xh

So, is the NFL just evil slavery? Or is it something Kaepernick needs to do? And f the former, how could it be the latter?