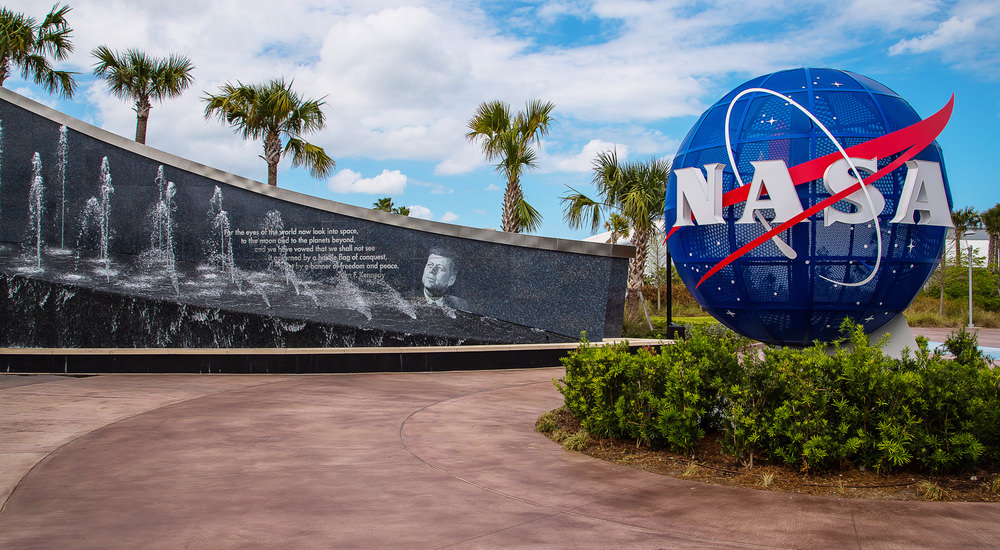 There are two areas they have ignored that would have more than justified their existence, turned a profit for America, help many people and create lots of jobs and interesting careers. Serious, well defined studies of the seas would have put America in abundance by now if they began when NOAA was founded in 1970.

NASA is even worse having spent over $1 trillion since its’ founding in 1958 on “Man in Space!” “Going where no man has gone before because it was stupid.” Space is rich only in man-killing radiation, lacks gravity we need for skeletal health. Anything we could find on Mars is here and it has no air or water, 40% less solar energy and 17% of our gravity. It is only a good place to die as there are no microbes to rot your carcass.

According to lunatic fringe space freaks Earth is going to end this year when a rogue planet Nibiru collides with us in October, This is fodder for “Coast To Coast” with George Noorey on overnight radio to brighten the drab hours of third shift factory workers, warehouse guards, cab drivers, insomniacs and newspaper deliverers.

Nibiru popped up in 1976, when author Zecharia Sitchin theorized in “The 12th Planet” ancient astronauts from the undiscovered planet came down to Earth to mine gold in Africa, using humans as slaves. The conspiracy theorist Nancy Lieder claims she receives messages from Nibiruians with an implant in her brain that sounds suspiciously like a ten-penny nail from her description. Why the professional astronomers would ignore this planet is never explained by these people.

Nancy Lieder gained notice in 2000 when she claimed Earth would collide with Nibiru in May 2003, wiping out humanity. We can only wonder how many people ran up their credit cards, told off their bosses, wives, mothers, fathers, aunts, uncles, landladies, and so on through the long list of irritations encountered in their lives. We can only imagine their crawling back to the people they needed when Nibiru did not show up! Did they continue being jerks? Nancy Leider was not seen for several years and over that time has changed her hair color.

Meanwhile the doomsday prophets pinned their hopes for early deaths on a small comet with no magnetic field, named Elenin and not the small town in Illinois of the same name. It passed by Earth with no fanfare in 2011.

In the lead-up to its approach, however, some people theorized that Elenin was actually Nibiru and that NASA was withholding the truth just like they did with fake moon landings! Nutty as they may sound, NASA owns the worlds largest motion picture studio in a remote part of New Mexico, which is a really odd place for such a facility and fodder for many rumors.

When Nibiru didn’t show, truthers hatched the story the end of the world would happen on December 21, 2012, as foretold by the Mayan calendar ending as they could not understand the Mayan carvers simply ran out of rock on the circular piece and instructed in the Codex Nuttal to start over!

The nutbergers thought Nibiru would crash into Earth, the planet’s magnetic field would be destroyed and all life would die in the resulting radiation.

NASA now claims the world will not end until they come up with a new gimmick like “man-caused global warming by rich people farts curable by higher taxes on them,” and lashing up with “vegans” who do not want anyone to eat meat, enforcing the ban with a new bureau, the National Fart Administration, NFA, which really looks neat on a cap and gets girls.

The new panic prediction is on “2016 WF9,” a half mile-long rock asteroid which will pass by Earth between February 16 and February 25. The closest it will come is within 32 million miles of Earth, which is 12 times the distance between the Earth and the moon, so NASA concluds it poses no danger to us which probably means it will do a sharp right turn and take out Minnesota and never be missed.

But once again the Nibiru faithful are coming out of their trees. In a story first reported on the doomsday blog  “Someone’s Bones,” then in the London Daily Mail, astronomer Dyomin Damir Zakharovich claims “NASA is lying through its teeth,” and the asteroid is a fragment of Nibiru which will crash into Earth on February 16 and trigger a mega-tsunami killing millions. There’s a backup rumor Nibiru will hit Earth in October, obliterating the planet.

Other oddballs are cashing in on the new Nibiru craze: David Meade, a former “high level government employee,” recently published a book called

“Planet X: The 2017 Arrival,” which allegedly contains “absolutely amazing revelations” and is a “Survival Guide to the most important story of the century.”

But don’t start digging up your backyard for a fallout shelter as there are many problems with this hypothesis: Nibiru is fictional, and a planet within eight months of crashing into Earth would be in the Solar System, visible to the naked eye and seen by thousands of amateur astronomers who would make a lot of noise about it.

Complicating the matter: there is no evidence that Zakharovich exists! There are no publications by or persons with that name teaching at a university or at a post in a Federal bureau. He is only mentioned in the pulp fiction press.

The Daily Mail has not mentioned whether or they checked with NASA to see if astronomer Dyomin Damir Zakharovich is employed by a subcontractor or grant recipient of NASA as they have thousands of such relationships with people patching the myths of anthropogenic global warming, man-caused climate change, Mars missions or new planets.

There is a real threat that an asteroid could hit Earth and kill everything on it as it has happened once that we have documented 65 million years ago thus it could have happened 69 times previous to that event. If NASA had used a fraction of the more than $1 trillion it has wasted on “Jockstraps in Space!” we could have systems that would detect asteroids on a collision path, send rockets to them that could put a rocket motor package on said asteroid and nudge it out of its’ collision path. All could have been done for small fraction of what we have wasted on utterly useless projects and frauds.