My how Times have Changed! 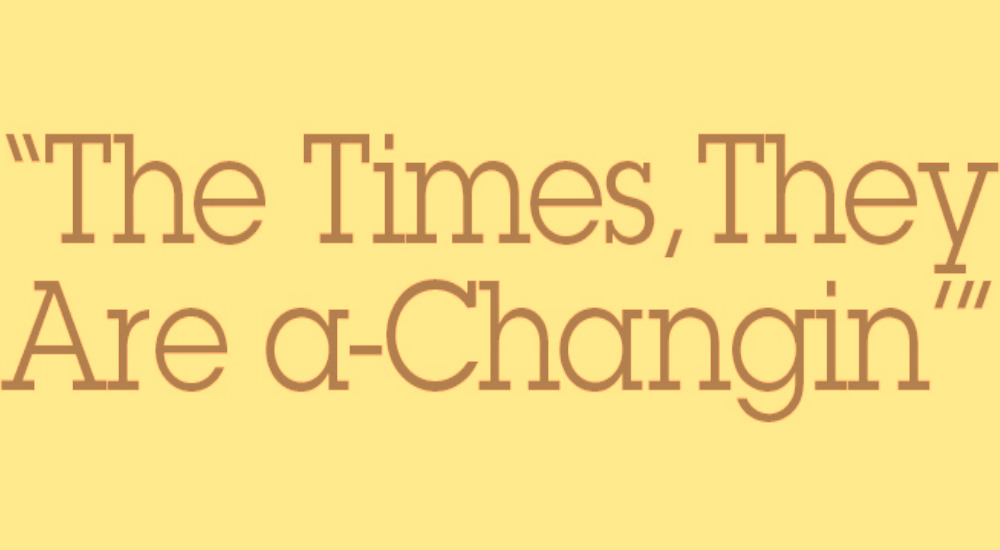 There’s very few times that we think about toilet paper except when we have to use it.   I had to replace a roll the other day(no smart remarks, please) and it struck me that the roll had changed.  It used to be wider, as evidence by the holder that it was going on.  There was at least a half-inch missing on each side!   Then I began to wonder how many other things might have changed, and was it for the better?

Going to the supermarket is an experience now…because I’m looking for changes.  Having worked in one many, many years ago, the idea that rotating the product is not foreign to me.   That simply means that they put the newer stuff on the back of the shelf and the older stuff in the front.   When you’re deliberately looking for changes in stuff that you buy, this can be a big help because you may get a chance to compare sizes of various products.   As an example, cold cereal(and I won’t name names) has been almost imperceptibly shrinking the amount of stuff in the box.   Perhaps in as short a time as a year, you may notice about a 5 to 10 percent difference in the amount of cereal, even though the carton size remained the same.   A popular antacid has also been down-sized.   Where you used to get a certain amount of product, you now get two-thirds of that same product…but the bottle size is the same.   Another popular antacid tells you what amount you’re getting but the packaging would lead you to believe that there’s MUCH more in it.  There isn’t.

Edward Dworsky is a consumer watchdog, and much more learned about the down-sizing of products.   “It’s very rare to find the old and the new (product) on shelves at the same time,” he explained. “That in part is why downsizing is so sneaky. Even when the package is a different size, you almost never get to see them side by side.”   One example that he points out is a popular “wide seal” plastic bag that used to have 264 bags in the box and now has 248.   And since manufacturers would rather shrink their products than deal with consumer backlash over rising prices, they shave off a few ounces, come up with a clever new bottle design, or trim a few sheets of paper towels off the rolls. Peanut butter is a prime example, with downsizing from 18 oz. jars to 16.3 oz. amidst rising peanut costs, but since the jar size remained the same…who noticed?

When you buy toilet paper, as noted above, it’s not only narrower, and it might have more sheets on the roll, there might also be LESS sheets on the roll…it could just depend on which brand you buy.  Paper towels, paper napkins and paper plates are also in that same downward spiral, so if you have a package from “back when” you might want to check the amount of product against what’s being sold now.   There is a magazine that’s been around for years, and it’s called Consumer Reports.   They look at just about everything, and since they don’t accept advertising, you can pretty much take what they say as the truth.   I’m not suggesting that you subscribe to that, or any other form of consumer information program, but you should be aware of what is going on.

Big names, ones that you would recognize immediately, are engaged in this down-sizing  in order to make a profit and, perhaps, to keep their stockholders happy.  That said, you should be aware that this sort of thing is going on and be a sharp-eyed shopper.   Would you notice the difference in a chocolate bar, if both types of it had, in large print, the word “Giant” on it?  Probably not…but you do get less in one bar than in the other.   Does anyone ever count the number of coated candies, or jellybeans, that you get now…as opposed to what you used to get?   How about “the soap that floats”?   Did you notice a difference in the size of the bar?   Speaking of bars…if you drink a draft beer at a bar, take notice of how big a head they put on it and, this is the important part, how deep the bottom “pocket” of that mug, is.  Sometimes, but not too often, you’ll come across a beer mug that has an unusually thick bottom, and that’s to tip the odds in the bar’s favor.  You may think you’re getting a pint, or 16 ounces, or whatever you order, but that thick bottom may account for a couple of ounces itself…something that you are paying for, but not getting.

It’s not just boxes and bottles and jars that get the public confused.   If you’re of a certain age, and you needed tires for your car you told the sales person what kind of car you had and they sold the tires to you.   Now you need to know all sorts of information about the tire…how much driving you do, what kind of driving you do, how many plies on the tires you want, will you buy a foreign-made tire…and so on.

Parting shot: No matter what you’re buying, and if you’ve bought it before, you just may want to check the quantity.   It’s not just the times that are a-changing.