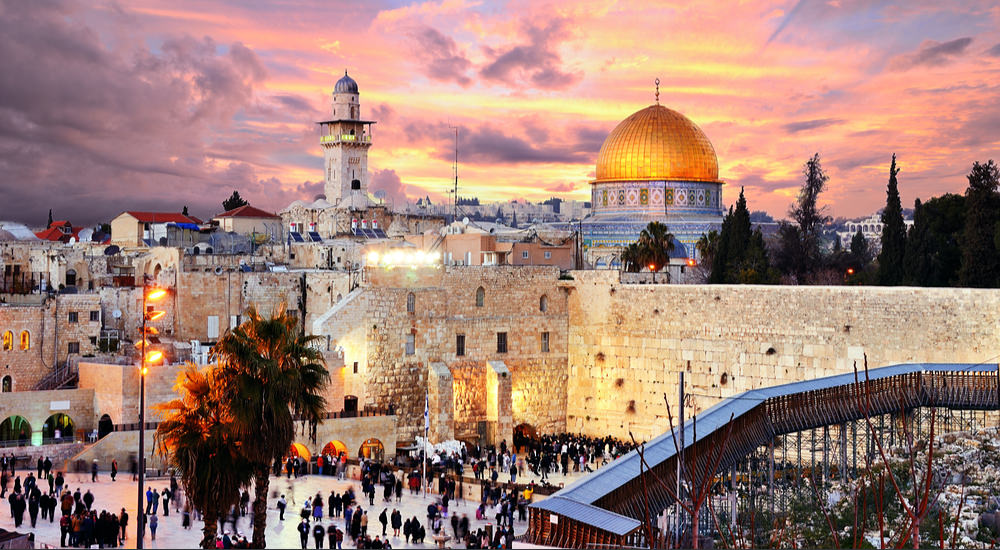 Recently, UNESCO blatantly denied any Jewish rights or links to Temple Mount (see my previous iPatriot article on this). The Marxist UN group rejected historical and Biblical facts, boldly declaring that only Muslims have the right to the Mount. Not because of truth, but because Muslims say so. In this they acted like children, who put hands over their eyes, and think whatever is before them will just disappear!

But, life isn’t like that. ‘Palestine’ might WANT Jews to disappear, but it doesn’t mean they don’t exist. Not only is their statement, through UNESCO, stupid and ignorant, but it is, above all else, another attempt to marginalise Israel before the world. A jihad by rewriting of history.

However, this time the PA raised anger and disbelief around the world. Italy abstained from the last vote by UNESCO, calling the decision absurd. Two other UNESCO member countries (Mexico and Brazil) say they regretted voting in favour of the decision and will abstain the next time.

Another vote is set to occur very soon, and the PA is demanding full cooperation from all 21 members, and sent letters on Monday asking each to ‘clarify their position’. The PA and Jordan warned that if they did not cooperate, they would re-submit their proposal to UNESCO with even stronger anti-Israel sentiments. So, the case rests NOT on history or facts, but on Muslim demands.

Israeli ambassador to UNESCO, Carmel Shama-Hacohen, added her own warning, that if all the members do not cooperate with the PA and Jordan, they will “burn the house down” with violent anti-Jewish rhetoric. Shama-Hacohen called the PA move “diplomatic jihad against the Jewish people”. (Jerusalem Post).

Interestingly, UNESCO’s director-general, Irina Bokova, denounced the last decision and referred to the Western Wall (renamed in favour of Islam) as “the holiest site in Judaism”. So much for Jews having no links to the old city! She went farther: “To deny, conceal or erase any of the Jewish, Christian or Muslim traditions undermines the integrity of the site”.

Rightly, Jewish officials are now attempting to get the committee to change its mind after global anger over its absurd decision, saying that it was an “insult to the Bible” as well as to history and archaeology. But, of course, none of this matters to Islam, which is anti-intellectual and anti-anything not Islamic, no matter how ridiculous is the claim. Despite the unreality of the previous vote, a sub-group within UNESCO is now ready to call for a repeat vote, stating the site is for Muslims only.

This is incredible, but it is indicative of the fascism of Islam, which overrides every other consideration – Islam or nothing. Truth is irrelevant. So is history and archaeology. These all show how backward Islam really is.

Meanwhile, five Muslims travelling from Turkey decided to pray in the Jewish synagogue at Ben Gurion Airport! While this led to great anger, some saw it as a positive sign of “co-existence”, the latter ignoring all Hamas and other Islamic violence against Jews. Islam does not want to ‘co-exist’ – it wants total dominance of the world, including Israel, which they want obliterated. To make matters worse, the Muslims kneeled on Jewish fringed prayer shawls, tallits (Adam Berkowitz, Breaking Israel News). We all know what would have happened if Jews had knelt of Muslim prayer mats! The family apologised to a Jew who spoke to them, but that is not the point. The point is that Muslims can do whatever they wish, but Jews and Christians are denied the same freedom: every Muslim act is an attempt to subjugate others.As

Though the law allows Jews to worship on the Temple Mount, local authorities prohibit it for fear of offending Muslims! This police fear of violence by Muslims, is not a respect for the law, but anxiety about Islamic riots. Therefore, the law doesn’t apply to Muslims. Throughout this article readers should note that what is happening is just like Mafia ‘protection’ rackets in the USA and elsewhere. But, to appease Islam is to bring further destruction upon Israel. Appeasement never works, but creates and strengthens bullies, no matter how much we might cover our eyes and hope they aren’t really there.

Back at the Airport, a spokesman said many had contacted him to say they thought the actions were ‘positive’. As a researcher and observer, I find this very disturbing, because it denies what is really happening around the world. The facts are very plain – Muslims want to destroy Israel and all Jews; Islam wants control not co-existence; synagogues and churches are just places to be turned into rubble, or taken as mosques. There is no middle ground, and simply wishing Muslim use of a synagogue is ‘positive’ does not make it so. If the PA got its way, the same area will become a Mosque ONLY for Muslim travelers. The world must remove its blinkers and see the facts… Islam is a political-military movement with a very thin veneer of religion.

I would sincerely love to see the good in all people, but the Bible, facts and glaring truths get in the way. Islam is deadly even to Muslims. Until the world recognises this, Islam will take over like any other Hitler or Stalin, and people will die in their millions. They already die in their thousands, but “it has nothing to do with Islam”. Hm. All the violence and murders must be done by naughty fairies!