You are Paying for Musk to Mars 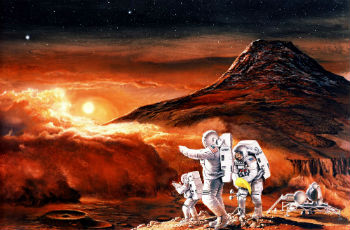 Elon Musk is a towering example of what our national insanity for “Man in Space” lead to.  He is the founder of Tesla Motors and SpaceX.  His resume’ includes the founding PayPal, but Mr. Musk is our greatest example of success by wasting other people’s money, leveraging a well-placed campaign contribution and promoting insane ideas.  Elon recently announced he wants to die on Mars and we agree, he should.  He is volunteering for a one way trip to a planet that has no water or air!  We can see it now…

The Manned Mars Lander descends on a huge parachute array as Mars atmosphere is so thin, a few percent of ours. Retro-rockets fire.  The capsule hits with a thud. The hatch pops and Elon falls out and is flat on the ground!  If the background radiation has not killed him, ten months in space have turned his muscles and bones to soft rubbery gristle. He pops his helmet, gasps and dies! There is no air.  So much for the Musk melon. 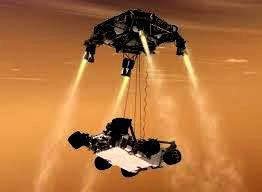 There is no way a Mars trip for one man or the million Musk sees in our future make sense.  Space is an entirely hostile vacuum environment, laced with lethal radiation, particles ranging from the size of those in smoke or dust to mountainous rocks moving at thousands of miles per hour.  Hit any and you’re done in a puff of smoke.  While our space probes have made such trips, and greater, they have been small, few and lucky.  Musk is talking about sending 10,000 space ships with each carrying 100 people!  It is doubtful we have the materials to build, much less supply and fuel that many rockets.

He talks of reducing the cost to $200,000 per person! The estimates we’ve seen are $2 billion for one one-way trip with no life sustaining equipment and supplies to say nothing about a return trip which is not feasible today or in the next 100 years.  We could execute a death sentence this way or convince a politician the world is ending and that he is so wonderful we have to save him.

Musk has sold ideas for many millions of our Dollars and all were goofy. The Tesla car was ridiculous. The prototype had 6,000 rechargeable flashlight cells, went 23 miles and then needed another $184 worth of electricity!  Musk has a new battery that is better, but is much more expensive motive power than gasoline or Diesel fuel. A few show-biz morons have bought Musk cars, but it will never be in mass production.

Musk’s SpaceX rocket is existing technology; none developed by Musk. His biggest idea, other than dying on Mars, is his new concept transportation system to move people through underground pneumatic tubes at the speed of sound, 753 miles per hour at sea level!

“What you want is something that never crashes, that’s at least twice as fast as a plane, that’s solar powered and that leaves right when you arrive, so there is no waiting for a specific departure time.”

This is vintage Musk:  Nonsensical and inconsistent, but politicians give him billions of our Dollars in return for tens of thousands of his to their campaigns and likely more in their foreign number accounts. His friends claim he had a “Hyperloop” technological breakthrough over the summer.  This is utter nonsense as there are so many things that can go wrong in a tube.  The accelerations involved are greater than “1 G” and most people find that uncomfortable, some dangerous, some injurious, some fatal.

“I’d like to talk to the Governor and President about it because the $60 billion bullet train they’re proposing in California would be the slowest bullet train in the world at the highest cost per mile.  They are going for records in all the wrong ways. The cost of the SF-LA Hyperloop would be in the $6 billion range,” Elon Musk – Sept 13, 2012.

We agree with Musk’s analysis of Jerry Brown’s “bullet train” as no clear path is on a straight line from San Francisco to Los Angeles, not even flat for more than a few miles.  Bullet trains do not do curves well. Mountains and canyons define the line and would require the longest tunnels and bridges ever made to get the straight line that high speed rail demands.  These trains do not start or stop quickly.  They are very high in cost to build, operate, maintain and  ride.  The existing road and air travel system work well. are economical and free of the kind of corruption we have seen too much of from men like Elon Musk.

We searched for “hyperloop” in patent and engineering databases for over an hour and all we came up for Musk was a pneumatic tube like those of 100 years ago in department stores. He describes people in it being transported at 1,000 to 1,500 miles per hour! In any curve they would shredded to pieces!  Starting and stopping would produce injuries.  The concept is purely insane.

Mr. Musk did not offer any engineering specifications, data or drawings, just sketches, but he is certain to get money from the Obama gang. They gave him a total of $5 billion in loan guarantees in return for a $110,000 campaign contribution and two really stupid ideas. None of Mr. Musk’s enterprises has ever made a Dollar of net profit, but he is listed as a “billionaire.” The money they attribute to Leon Musk is yours and mine, or more accurately, it was…