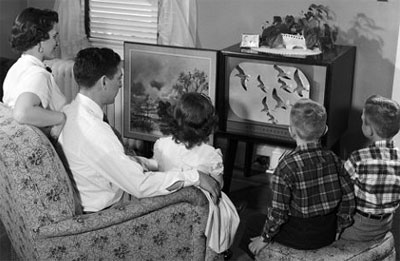 I know. You’re already discounting what I have to say, assuming that I’m going to blabber about the “good old days.” Well, I do remember a time when it was a crime to burn an American flag or even let one touch the ground. You desecrate the flag; you get arrested. Period. Today, however, we see the flag being set on fire and stepped on almost every day, without consequence. We even see it being flown beneath the flag of another country, something that was unheard of a few years ago. I also remember a time when we said the Pledge of Allegiance every morning in school and stood proudly when singing the National Anthem. Now, the Pledge is practically gone and people object to the Anthem. ‘In God We trust’ has been written on our money since 1956 and President Andrew Jackson has been on the twenty dollar bill since 1928; today, both are under attack. Ever since ancient civilizations developed latrines in place of open defecation, followed by piping for water and sanitation systems, men used facilities marked “Men” and women used the facilities marked “Women.” There was never any problem or any confusion. Today, however, thanks to the complete lunacy of governmental politicians and the questionable sexual preferences of Obama and Michelle, all bets are off. Anyone can go into any bathroom or locker room they prefer. Yes, maybe I did prefer the “good old days.”

Many of our parents or grandparents immigrated to the United States legally. They learned to speak English, they worked, they re-built their lives, and they became productive members of society. They were not called Russian-Americans or Polish-Americans or French-Americans or any other kind of Americans; they became Americans, pure and simple, and their children were Americans. Today, thanks to the ignorance and pure stupidity of Political Correctness, everyone needs to relate to where their ancestors originated from. It has been reported that 98% of the African-Americans living in the United States have never lived in Africa and have not even visited Africa. Yes, when I grew up, Negro was not a dirty word; it was what it was and nobody complained or cried that they were being singled out or picked on. It was, indeed, a time in the history of this country when all lives mattered.

Obama promised to change this country, and he has surely followed through on that promise. The problem, however, is that very few people knew that his definition of the word “change” was interchangeable with the word “destroy.” His vision, largely financed by Soros and others, coupled with a totally inept and corrupt legislative branch and brain-dead advisors, has brought the United States of America to the precipice. We are standing on the edge – and our balance isn’t the best. Many believe we are going over; I still maintain hope that we come to our senses enough to step back from the edge.

Our freedoms are being eroded, our history is being manipulated, and our sense of right and wrong is becoming nonexistent. We invite Muslims into our country even though their plan is to destroy us and take complete control, either by force or by quiet infiltration. We allow illegal aliens, persons who have entered the United States illegally, to obtain driver licenses, free healthcare, free education, and free welfare. No other country is the world is so stupid. We even have a Supreme Court that is divided by political affiliations instead of doing their job in an honest, unbiased fashion. We have Senators and Representatives that are so totally corrupt and dishonest, they make Bernie Madoff look like a Saint. And what can be said about the Executive branch? Try these words on for size: destructive, damaging, unethical, immoral, unscrupulous, corrupt, dangerous, ignorant, inexperienced, juvenile, wasteful, extravagant. Obama and his people are totally to blame for the insanity taking place throughout the country: the race-riots, the bought-and-paid-for Black Lives Matter protestors, the anti-Police rhetoric, the threats against Trump and others, the trans-gender baloney and the whole bathroom nonsense.

If either Hillary or Bernie had become the next POTUS, it would have meant an extension of Obama’s destructive policies – and the country would have fallen straight off the cliff. The Republic known as the United States of America for 200-plus years would cease to exist. In its place, a socialistic, communistic wasteland.

With Donald Trump becoming President-Elect and the next POTUS, there is a greater-than 50% chance that the country will regain its balance and step away from the edge of that cliff. Let us hope so.