Multiculturalism in Minneapolis: Which way to Lake Bde Maka Ska? 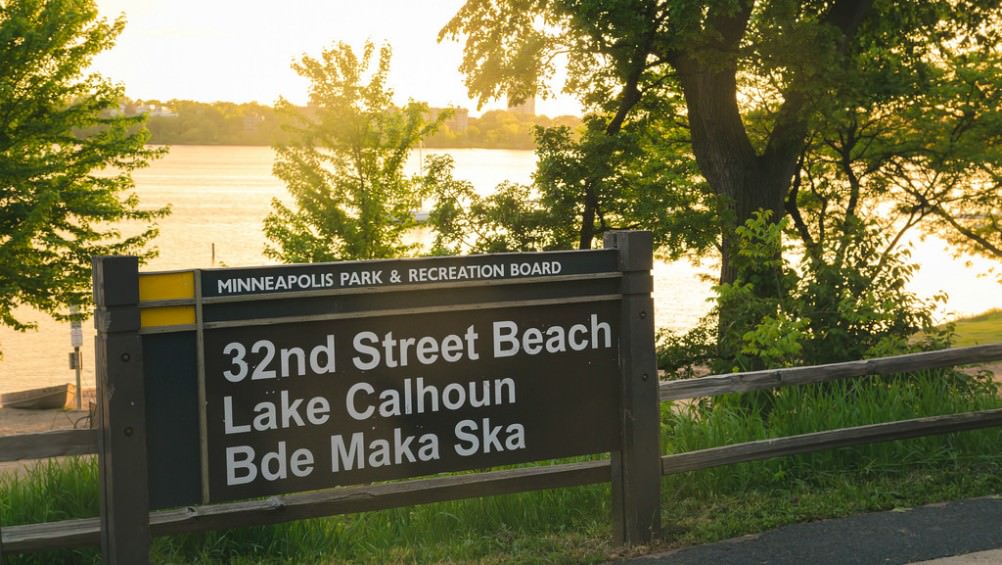 The lake is not a brand; the water is sacred. It’s time we are

The above statement was made during a 2017 park board hearing whose purpose was to consider the renaming of Minneapolis’ Lake Calhoun to Bde Maka Ska, the name given to it by its “original inhabitants” (the Dakota Indians).

As reported by the Minneapolis Star Tribune, the speaker also “talked about the injustices to her Dakota ancestors and the importance of reclaiming the lake.”

As of the date of this post, the renaming issue has not been officially settled, although it appears certain that the lake’s name will be changed. Besides “Bde Maka Ska,” the most popular alternatives promoted by advocates of the change include “Lake Maka Ska” and “Lake Wellstone.”*

*The late Paul Wellstone (MN) was one of the most outspoken progressives in the U.S. Senate. His untimely death in a 2002 plane crash made him a beatified icon for Minnesota liberals.

The largest lake in Minneapolis, Lake Calhoun is one of the city’s most popular recreational spots. Its biking and walking trails, along with boating and swimming, attract thousands of visitors each year. Many local businesses, buildings, streets, and landmarks are named after it.

Lake Calhoun was named 200 years ago, by a military expedition sent to survey the area for what would become the site of Fort Snelling (which stands today). The surveyors named the lake in honor of Secretary of War John C. Calhoun, who had sent the expedition.

What’s in a name?

John C. Calhoun (1782-1850) was a prominent American statesman whose career spanned the first half of the nineteenth century. The positions he held include:

A gifted debater and political theorist, Calhoun was one of the most eloquent and effective defenders of states’ rights in American history.

Unfortunately, Calhoun’s otherwise illustrious career was tarnished by the fact that he was an outspoken supporter of slavery and the southern plantation system.

“The water is sacred”

While progressive activists’ demands for the renaming of Lake Calhoun started over a decade ago (a petition signed by 15 people), the campaign gained momentum shortly after the 2015 church massacre by a self-identified white nationalist. (In other areas of the country, this atrocity also sparked the left’s often violent protests against Confederate statues and other symbols of America’s “slaveholding past.”)

It is not clear when a small number of Dakota Indian activists also became involved in the renaming controversy. It is clear, however, that their (newfound?) grievance against Calhoun has less to do with slavery than it does with the lake’s claimed religious and cultural significance, as well as their ancestors’ forced displacement from Minnesota in the 1860’s.

Minneapolis, which is completely dominated by the DFL (Democratic) Party, is one of the most progressive cities in the U.S. Of the 17 candidates in its upcoming mayoral election, most either represent the DFL or – if possible — a more extreme leftist fringe (Green Party, Socialist Workers Party, etc).

Virtually all of these candidates are vying to outdo one another in their commitment to “social justice,” including “racial equity,” keeping Minneapolis a “sanctuary city,” open borders, “immigrant rights,” “resistance to Trump,” and other progressive causes (including, of course, renaming Lake Calhoun).*

Minneapolis politicians have been marinated in multiculturalism, identity politics, and “racial equity” pandering to the city’s minorities for so long that that they typically put up little resistance to minority activist demands (even if these demands reflect only a minuscule segment of public opinion).

As reported in the Minneapolis Star Tribune (11/1/17), a Lake Calhoun area resident recently conducted an informal poll of 350 of his neighbors concerning the renaming issue: 80% opposed the change; only 20% supported it.

While a wider poll of city residents would likely produce similar results, it’s the small group of progressive and Indian activist proponents of the change who really count. They are the ones who show up (with little or no opposition) at park board and city council meetings, write op-ed commentaries and letters to the editor, and advocate for the change in facebook and other social media posts.

Can you say Bde Maka Ska?

Whether it’s called Bde Maka Ska, Lake Maka Ska, or Lake Wellstone, it’s a safe bet that Lake Calhoun’s name will be changed. For Minneapolis progressives, the liberal canons of political correctness, multiculturalism, and identity politics trump common sense, even to the extent of converting the name of one of the city’s most recognizable landmarks into incomprehensible and unpronounceable gibberish.

A retired management consultant who lives in the Minneapolis-St Paul area.