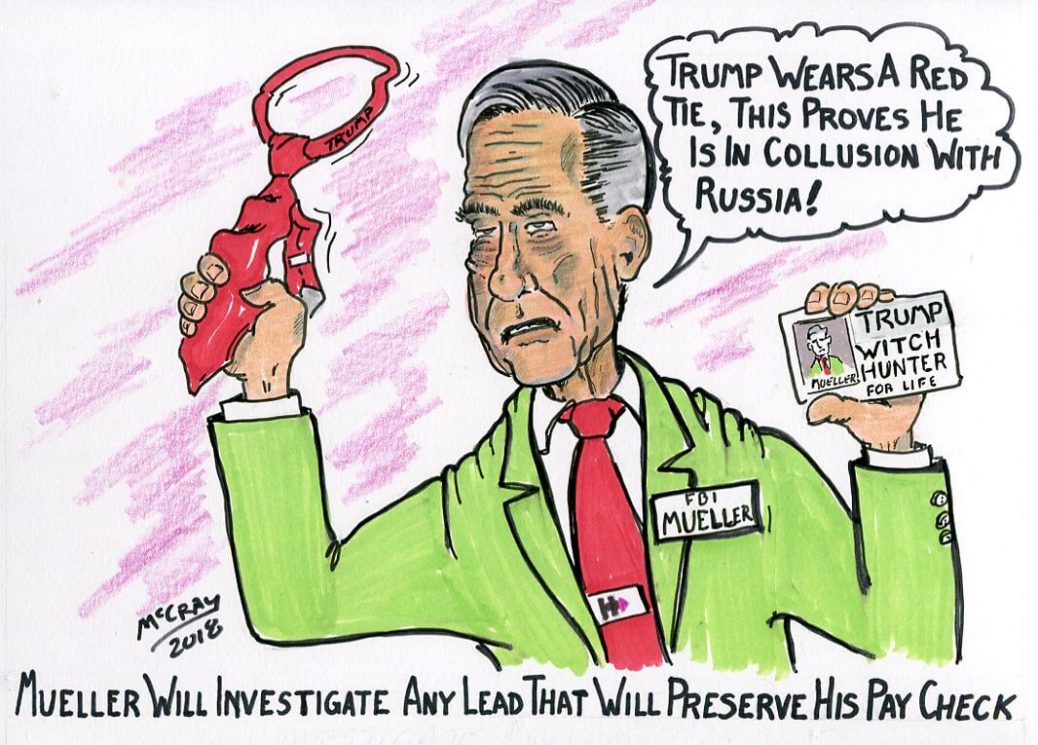 It has been clearly shown that there was no collusion with the Russians, now Robert Mueller continues to investigate everything and anything related and unrelated to justify his existence.   It’s time for the Department of Justice to turn this farce off and do their own job and investigate the Clintons and their corruption.