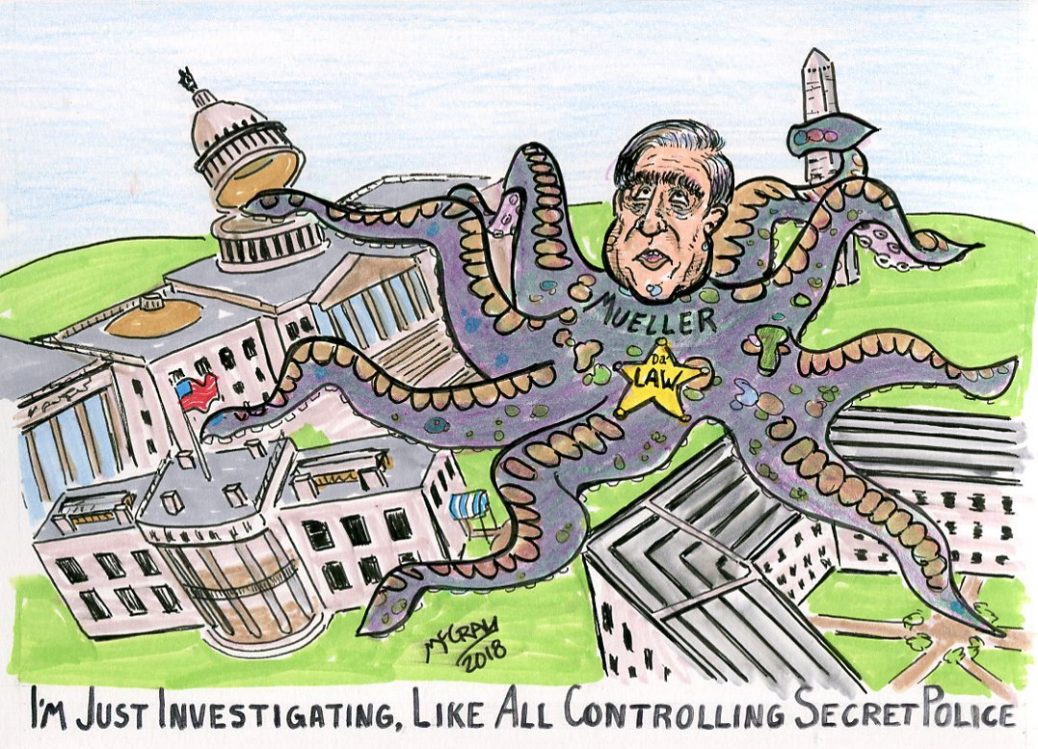 The raid on the offices of President Trump’s personal attorney Michael Cohen, by New York Investigators on behalf of the Russian Investigation Special Counsel, Robert Mueller, shows a complete disregard for the law.  This raid will yield material that is confidential between President and his attorney, in violation of the Attorney / Client Privilege.  This door kick search action smacks of good old Socialist Banana Republic Police States, where the government prosecutor is used as a weapon against anyone who rocks the boat.   What’s next, after the doors are kicked in, will we see people being dragged off to prisons without a trial.

People who say this can never happen here need to understand, that the old rules regarding our two party system of the back and forth of the old Democrat Party and the Republican Party balance power is gone.   It has been replaced with a so-called Democrat Party run by Socialist that is out to totally destroy the Republican party at any cost in order to create a single party system.   During my service in the U.S. Army in Europe of the 1970’s, I made many trips into East Germany and saw first hand how socialism drags a country down and destroys the peoples will.

If this behavior of the Mueller Investigation is allowed to continue, we are on a steady march to police state socialism, which is down a road of no return and the Grand Experiment of American Democracy is over.