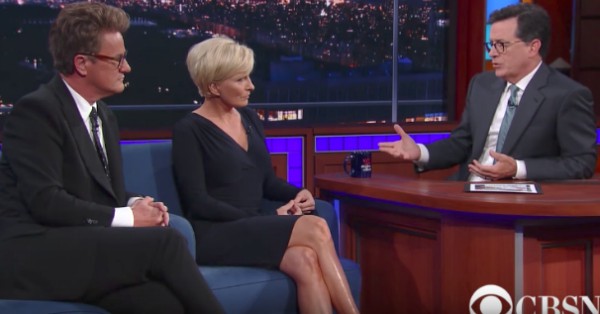 If anyone is surprised by this, they haven’t been paying attention.

Joe Scarborough long ago stopped being the proud “Redneck Riviera” conservative that he once pretended to be. Sure, he could still talk a big game about small government, fiscal responsibility, and individual liberty… but he hardly ever does. Instead, he gripes, moans, and complains about the GOP while laughing and cavorting with the leftists who are running our nation into the ground. In fact, on any given weekday what you’ll notice is that Joe Scarborough seems to have much kinder things to say about politicians who are so far left that they actually embrace the idea of socialism than he does staunch conservatives who walk the walk and talk the talk.

So… no big surprise here. The man who chose MSNBC as his vehicle of conversation, the man who decided to begin a grand romance with his leftist co-host, the man who is quick to slam Republicans and even quicker to laud Democrats… is no longer a Republican.

Good Riddance. Hey Joe, on your way out, don’t let the door hit you where the good Lord split you.