Mr. Milbank’s article re: Comey vs. Trump was a BIG swing and a Miss… 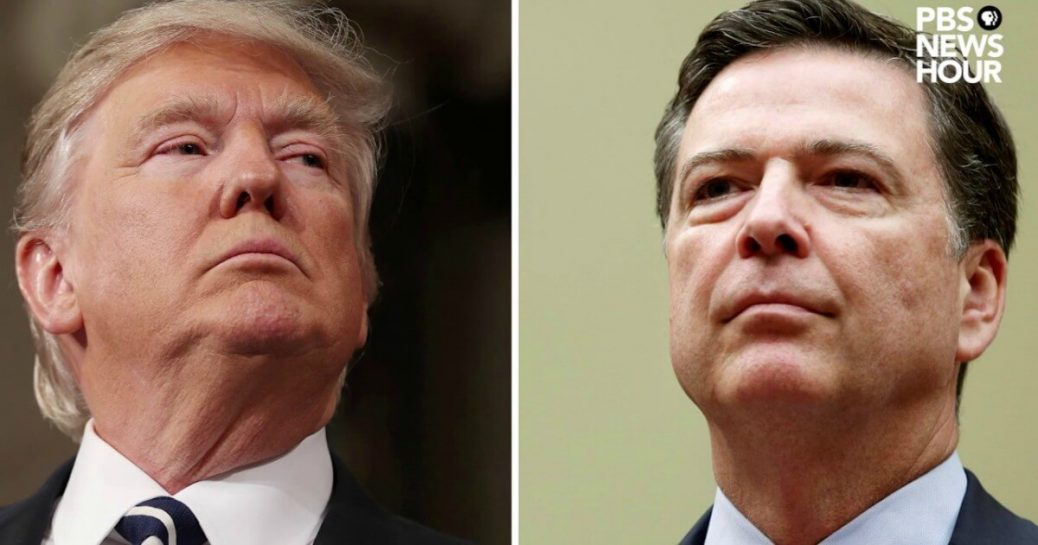 In the June 10, 2017 Opinion article by Dana Milbank, of the Washington Post Writers Group, fell way short of the quest for the Truth in the “matter”( pun via the quotes intended) between James Brien Comey and Mr. Trump.

Mr. Milbank insinuates that Mr. Trump is the liar, and outlines his opinion based on the “One most Chilling Line of Comey’s Testimony”.

That line from Comey was: “I was honestly concerned that he might lie about the nature of our meeting, and so I thought it really important to document.”

Mr. Milbank decided that Comey’s mistrust of his former boss was a “judgment on character, not a legal opinion, and even Republicans on the Senate Intelligence Committee made no real attempt to dispel it”.

I find this slightly amusing, that a hearing of any nature on the Hill may count and score more points on character than the legal standard of facts. I disagree totally with the narrative that Mr. Trump is struggling to get legislation passed because of his character.

I remind the world WHY the Politicians of D.C. are vehemently against Mr. Trump, including his own Republican Party associates.  Forgetting Mr. Trump’s brash speaking-as-he-thinks authoritarian tendencies for the moment, Mr. Trump ran his campaign on getting term limits, which surely did not endear him to members of Congress. The mere thought of many of the thirty-year-plus Congressmen and women that might have to either retire or compete in the real world for jobs that cannot compare to the ones they have overjoyed. The more junior members of Congress can’t be too happy with Mr. Trump’s term limits talking point, either. They want to be the thirty-something tenured Congresspeople someday. Mr. Trump wanted to put the squeeze on Lobbyists, a haven for Congress occupiers to rush to if they should suffer an ignominious defeat during an election cycle, and K Street also cannot be enamored with the Orange One. Mr. Trump’s biggest political point element is the closing and securing the borders of the United States. Could that mean that the Congressmen and women now have to pay minimum wage for their “hired help”, and match the taxes for Social Security? Let me jar your memories here, folks. Her name was Zoe Baird, Bill( really Hillary’s picks, the “woman” card) Clinton’s first pick for Attorney General circa 1993. Ms. Baird rescinded her candidacy for that lucrative post, as she was exposed for not paying her nannies( more than one) payroll taxes. Nannygate. Next was Kimba Wood, who also had a “nanny tax” problem. This led to the eventual selection of Janet Reno, who was childless.

Mr. Milbank then asserts this unfounded fear that Mr. Trump will disregard the Constitution, in a vague sense with no explicit examples of how and what specific matters Mr. Trump would suspend parts of the Constitution. Yes, Abraham Lincoln suspended Habeas Corpus during the Civil War, but that was a bloody Civil War with guns and cannons, not the Civil War of ideas and contrasting differences we are currently under via the Left versus the Right. Mr. Milbank is using a dash of fear-mongering here, making Mr. Trump the bull in the china closet, nothing more.

Mr. Milbank then decides to insert a page out of the Federalist 68, written over two hundred years ago. That excerpt basically states that the MAN who is aspiring to be President better have the talents to carry out those duties. Mr. Milbank reminds me of the millions of Americans that already had their minds made up about Mr. Trump, and already stated their reluctance and opposition to Mr. Trump’s Presidency full steam ahead. Yes, their minds were made up that wee hour in the a.m. of November 9th, that morning that dawned the Age of Trump. The biggest upset in at least, modern presidential election history.

After an irrelevant paragraph comparing Mr. Trump as Henry ll “hoping” to be rid of Archbishop Thomas Becket, Milbank writes about Senator Collins’ line of questioning to which Mr. Comey replies, “ I had a gut feeling about the nature of Mr. Trump”.  Noting here that Mr Comey never felt the need to document previous conversations with former Presidents G. W. Bush and Obama, which are irrelevant, since this case now, as the FBI Director, he only served three years under Obama. Under G. W. Bush Mr. Comey was in the Attorney General’s world, the number two until Mr. Ashcroft fell ill, and then Mr. Comes “sort of” had the top spot.

Bottom line, is that Mr. Milbank does not want to hear what Mr. Trump has to say about this ordeal: his mind is already made up.

I ask Mr. Milbank and to others whose mind is already made up: should we not wait for the “tapes” if they exist? Should we not wait to hear what Mr. Trump has to say in his defense? A possible Mr. Comey retraction, even in part? An admission of “error” to avoid perjury charges, as Mr. Comey has already contradicted himself with other testimony he gave in March of this year.

Adding more logic to my opinion: Mr. Trump should not be on the defense; he was the boss, the FBI Director worked at his pleasure, the at-wlll employment doctrine, which is absolute. Mr. Trump fired  Mr. Comey for his reasons not yet made completely clear. Yes, Mr. Trump told Lester Holt that he fired Mr. Comey because of this “Russian Investigation”, but I am reasonably sure that there was more to the story. What is sickening about the firing of Mr. Comey os that the Democrats had been blasting Mr. Comey for his “costing Hillary the election” during the email scandal-of-the-month that the Clintons cannot seem to escape while one of them was in public service.  Now Mr. Comey is out as FBI Director, the Democrats changed their tune about Mr. Comey, a “man of high and moral character”.

That treatment of handing the transition of the top spot in the  G. W. Bush DOJ in 2007 was not forgotten. It is now coming to light that Mr. Comey found a stealth method of getting that top spot while Mr. Ashcroft was ill in that hospital.  The Special Prosecutor of the Russian meddling investigation, Mr. Mueller, is also a “great friend” of Mr. Comey, and I smell  bias with Mr. Mueller. I remember when Obama selected  Mr. Comey for the FBI top spot: I thought it a tad odd that a strict party-liner like Obama would select a Republican, to which I was told Mr. Comey was and still is, for such a dangerous position. Dangerous position meaning that Mr. Comey could have and should have arrested Hillary Clinton once it was determined that she did mishandle classified material, lied about it repeatedly, and let the courts sort it out. But Mr. Comey, whose brother does the Clinton’s taxes, could not find “intent” with Hillary’s misdeeds. But today Mr. Comey claims he believes that Mr. Trump has “intent” of possibly lying to him. Sort of confusing, I know.  Back to Hillary a bit. Mr. Comey’s arm of the law did not run a proper investigation, unusual for the FBI. How so? Granting at least four of Hillary’s staffers Immunity before speaking to FBI agents, no sworn statements under oath, and not seizing the computers and other devices, giving Hillary the chance to “destroy” the evidence via the bleach-bit software. Oh, I can’t leave out the part that a Congressional subpoena to submit the emails and hardware was defied by Hillary. But yet Hillary walks free, largely because Mr. Comey’s “did not want to decide the election”. Mr. Comey’s ineptness of the Hillary email scandal irked millions of Americans,  and created both a double-standard of law enforcement and a deadly precedent for future presidential candidates: you can commit crimes as long as you are a major presidential candidate. Getting excess campaign money if you are losing? Giving and spending campaign money outside of the election and ethics rules? Maybe even masterminding a violent counter-protest and lives are lost? According to Mr. Comes, you cannot “decide” an election by a criminal investigation.

Something tells me that Mr. Trump fired Mr. Comey in part because Mr. Comey wasted his latter two decades playing politics instead of playing Eliot Ness.  I am not convinced just yet who is lying or even wrong; I am willing to let the evidence be presented, then decide. Nevertheless, Mr. Trump is the boss, and Mr. Comey the employee. Mr. Trump should not be on the defense here. Mr. Comey, who admitted he “leaked” his memos to his third-party friend from Columbia U., should be on the defense. That “friend” that went into hiding after Mr. Comey’s memos were given to the NY Times, is hiding for a reason: a crime WAS committed for sure. FBI memorandums can be easily rendered as property of the Federal Government, and Mr. Comey “gave” the memos to a friend to get them published to get the Special Prosecutor appointed to investigate his former boss, Mr. Trump. Mr. Comey had a myriad of excuses why he himself did not seek redress if and when Mr. Trump “obstructed” any investigation of Gen. Flynn or anyone else. Mr. Comey did throw his intermediate boss, Loretta Lynch, under the bus, which surprised millions paying close attention to this case. Did Mr. Trump commit a crime of obstruction by firing Mr. Comey?  As of right now I would have to say not, but the jury is a long way off before the final verdict.