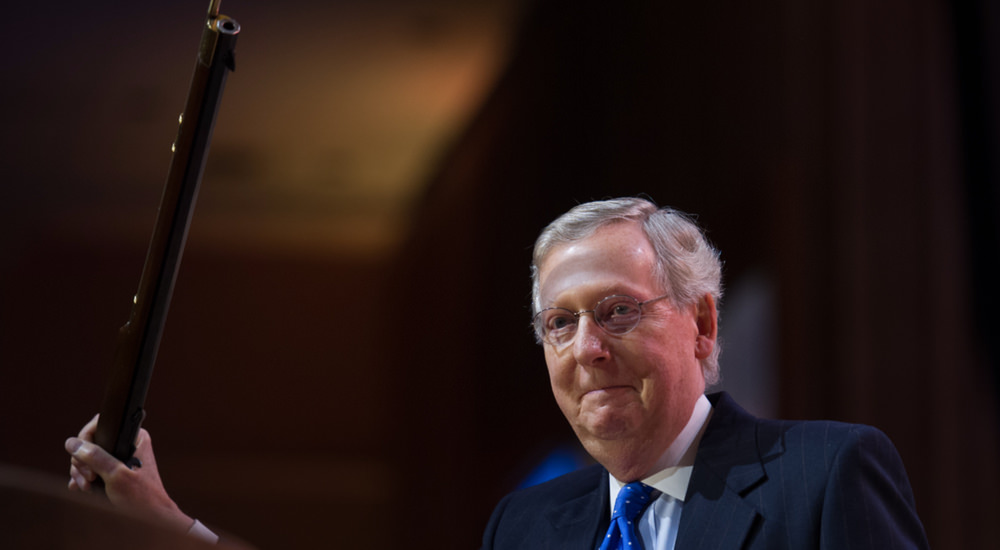 Today, President Donald Trump plans to name his Supreme Court nominee to replace the late great Antonin Scalia, who passed away last year. Naturally, the Democrats, led by Senate Minority Leader Chuck Schumer, have vowed to filibuster any nominee Trump chooses. Forget whether the nominee has the proper qualifications to be a Supreme Court Justice, Republican Trump must be obstructed at all costs.

Yesterday, Oregon Democrat Senator Jeff Merkley claimed that the justice’s vacant seat was stolen by the Republicans, when they declined to vote on President Obama’s judicial nominee to fill Scalia’s seat last year, Merrick Garland. Merkley claims that the vacant seat is a “stolen seat,” and that “this is the first time a Senate majority has stolen a seat. We will use every lever in our power to stop this. I will definitely object to a simple majority.” He also claimed that the decision not to vote on Garland was unconstitutional. But you may recall it was actually Chuck Schumer himself who did the same thing under President Bush in 2007, claiming that the Senate has no obligation to vote on a judicial nominee in a President’s last year in office.

But Merkley, and those Senators who echo him, are wrong. There is no constitutional obligation for the Senate to vote on a nominee. Article II of the Constitution, which talks about the Executive branch and its power, says that the president has the power… by and with the advice and consent of the Senate, shall appoint ambassadors, other public ministers and consuls, judges of the Supreme Court…” Apparently, Merkley believes that “advice and consent” means that the Senate must confirm the President’s nominee. This makes sense, considering that the Left sees the constitution as a “living and breathing document,” meaning it can be interpreted however the Left wants to interpret it.

However, Senate Majority Leader Mitch McConnell’s spokesman, Don Stewart, responded quite strongly. He said that when Democrats were in the majority, Sen. Merkley wanted to end filibusters, and now that their party is the minority, the Democrats want to rely on them. GOP leadership can use the nuclear option to get nominees confirmed by making the requirement for confirmation a simple majority voting yes, as opposed to the current 60 votes needed. However, McConnell seems not to want to use this tool, and is reluctant to change Senate rules, despite Trump telling Fox New’s Sean Hannity that he would like to see McConnell use it if needed. McConnell told Politico, “We’re going to get this nominee confirmed. I hope he or she will be confirmed based upon the completely outstanding credentials that we’re going to see.”

While it is possible that McConnell meant that he does not want to change the rules regarding legislation rather than judicial appointments, as some have suggested, his statements are concerning. McConnell also told ABC that what the Senate GOP will do “I think how this is handled depends on our Democratic friends.”

Mr. McConnell, the Democrats are not your friends. There will never be bipartisanship with them. They want Republicans to lose. We hope you realize this and use whatever options you have at your disposal to defeat them.