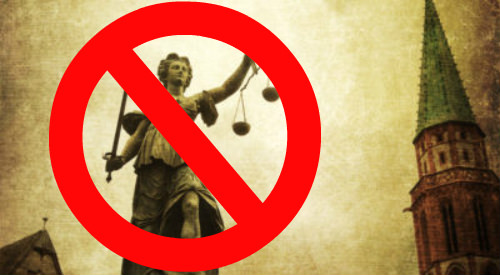 If you wish to know what the radical left is really up to, there’s no need to wonder. All one has to do is sign up for the MoveOn.org news-feed to be sent to the email address of your choosing.

In part it read:

That’s why tomorrow, Thursday, April 4—at nearly 300 events around the country—the Nobody Is Above the Law coalition is joining together to demand that Barr immediately release the full report and supporting evidence.”

Well, let’s begin with the obvious. Of course, Barr was hand-picked by the president. Who else would pick him? Chuck Schumer?

However, to many of the nimrods at MoveOn, this may come as a surprise, as most are unaware of the Constitution and even fewer, aware of its content.

The Attorney General is a superior officer of the United States – a Cabinet position, and as such, in accordance with Article II, Section 2, Clause 2 of the Constitution, shall be appointed by the President with the advice and consent of the Senate. In other words – hand-picked.

And second, and more importantly, is the demand of the left to set an arbitrary deadline for release of the unredacted Mueller report and all accompanying documents including all Grand Jury testimony and documentation.

Attorney General Barr was obligated to remind Nadler and his flunkies that, “the report subject to the federal rules on grand juries ‘by law cannot be made public.’”

Barr added that “he expects to deliver a version of the nearly 400-page report to lawmakers by mid-April, ‘if not sooner.’ He said the material being redacted includes grand jury-related information, as well as information that could reveal U.S. sources and methods or confidential details about ongoing investigations.”

Democrats then cited Watergate as an example where just such unredacted material was released on the order of a federal district judge in 1974.

What the Dems purposely failed to reveal is that this is hardly an apples to apples comparison. The Grand Jury data released during Watergate was to a convened Impeachment Panel, not just to a bunch of Democrats on a fishing expedition.

And not to be outdone, Democrat Congressman Eric Swalwell of California, ramped up the idiocy by offering his own reasoning for the release of raw sensitive material. His reasoning was simple – well, the American people paid for the report, so they should be able to see it. Brilliant!

Still, none of this matters to the hard left, who have been so obsessed with running Trump out of office, that they’ll do anything to accomplish it. Rules, law, precedent – none of it matters to the long-tormented hard-liners.

So today, we all get to look forward to leftist protests, because that’s what they’re good at – to “nearly 300 events around the country—the Nobody Is Above the Law coalition is joining together to demand that Barr immediately release the full report and supporting evidence.”

And I’m sure, brought to us in part by Hillary Clinton, Barack Obama, Eric Holder, Sally Yates, Susan Rice, Loretta Lynch, John Brennan, James Clapper, James Comey, etc., etc. All of whom have proven to thus far be “Above the Law.”