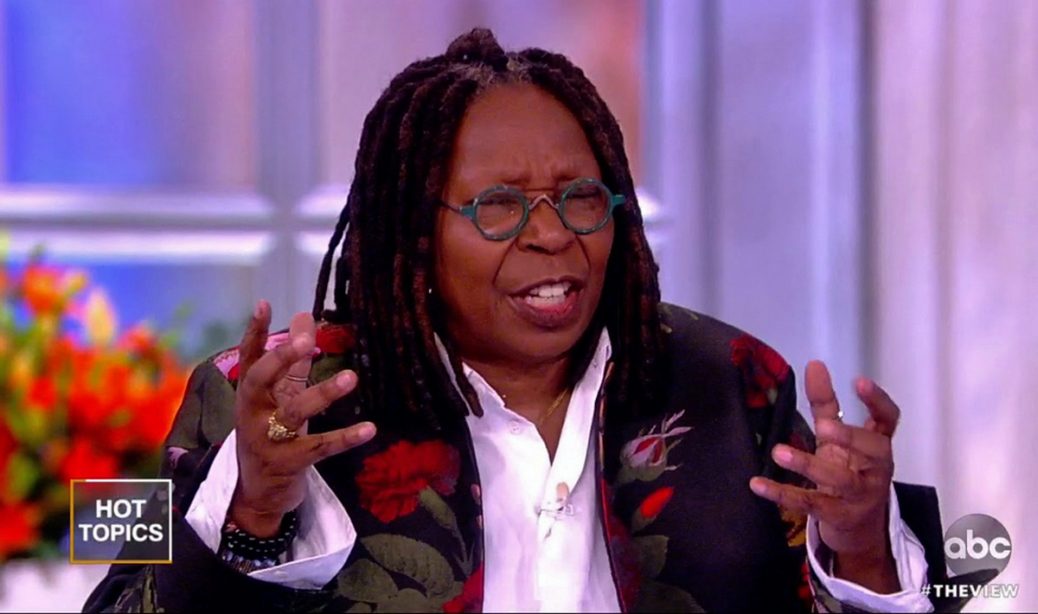 Five days ago, Whoopi Goldberg got in trouble with her description of the Holocaust, saying it had nothing to do with race and that it was just white on white crime. I also pointed out that she supported Mel Gibson after one of his racist tirades that included hate against Jews. Now there is evidence of another anti-Semitic incident.

My comment five days ago was she wasn’t anti-semitic–just stupid.

Whoopi’s comments were probably not based on Antisemitism. More likely is that she believes nothing can be racist unless it involves African-Americans who are descendants of Slaves. Well, that belief and a huge helping of stupidity.

Besides being hurtful to people whose families suffered through the Holocaust, because of her last name, people will believe her imbecilic statements were made by a Jew. Buf Whoopi Goldberg is a stage name. Her birth name is Caryn Elaine Johnson – in other words, despite using the stage name Goldberg she isn’t, nor has she ever been Jewish.

‘This was an incredibly unfortunate incident. Whoopi is a lifelong ally to the Jewish community. She is not an anti-Semite. Period. I am sad. And I have nothing else to say.’

Now there’s more. The Daily Mail obtained a copy of a long-forgotten cookbook, Whoopi’s contribution to the cookbook was “a recipe mocking Jewish-American women.” They published something written by Whoopi that was a direct example of Jew-hatred using anti-Semitic stereotypes. It cannot be interpreted as anything else.

In 1993, Goldberg – whose real name is Caryn Johnson – submitted the recipe to Cooking in The Litchfield Hills, a charity cookbook comprised of recipes from the well-heeled residents of the leafy Connecticut suburb.

Whoopi’s recipe reads: ‘Send chauffeur to your favorite butcher shop for the chicken (save the brown paper bag). Have your cook 1) Melt equal parts oil and butter 3/4 deep in skillet over moderate heat.

‘Then you tightly close top of bag (watch your nails) and shake 10 times.

‘Hand bag to Cook, go dress for dinner. While you dress, have Cook preheat oven to 350 degrees and brown chicken slowly in skillet. When evenly browned, have Cook place chicken in dish in oven. Have Cook prepare rest of meal while you touch up your makeup.

‘In about half an hour, voila! Dinner is served! You must be exhausted.’ 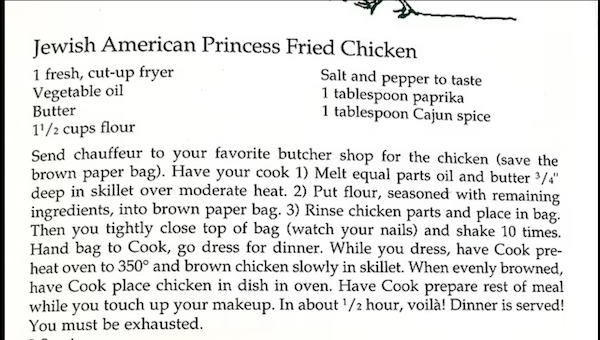 The latest news proves that Whoopi Goldberg of the View is an anti-Semite and should be labeled. However, as a critic of cancel culture, I still don’t believe she should be fired. Her status on the show should be based on ratings and advertising–nothing else.