Some Controversial Thoughts about Homosexuality 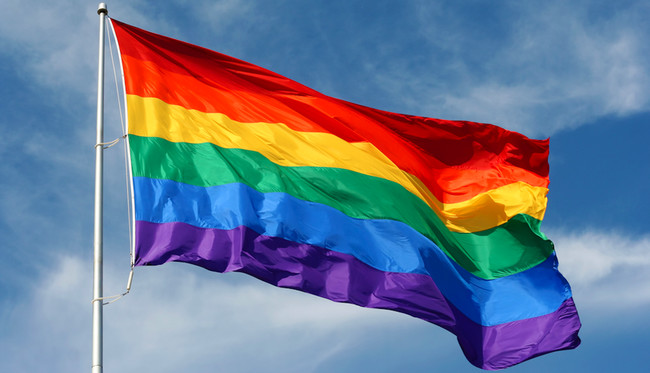 Being a rather naive person, and also from nature quite curious, I realized I didn’t know that much about homosexuality and what it actually involves.

So I clicked on “Fornicating Men” in the Internet to find out for myself, but I wasn’t prepared for what I found — tens of thousands of photos which so turned my stomach that I had to throw up. When I came back, girded with a scientific determination to continue my investigation, I carried bravely on. These photos were of creatures who vaguely resembled homo sapiens, old, bald and fat, young thin hippies, bodybuilders and children of all ages, photographed in all kinds of weird positions and unique camera angles. I remember a line of 6 or 7 standing one behind the other each with his dick in the anus of the one in front of him (I thought of baby elephants holding the tail of the one in front with their trunk), and some with sperm all over their faces like shaving cream. Well, if you have the nerve, look for yourself  These creatures could not possibly be confused with the concept that man is a little lower than the angels and made in the image of God.

Did God kill homosexuals?  Yes, He did. In Genesis 18, three figures visit Abraham and Sarah in their tent. Abraham calls one of them “My Lord” (Genesis 18:3) and falls on his face before Him. He is again called  “the Lord” (Genesis 18:17). So, this person is definitely God. And God and the two angels with him are hungry, so Abraham and Sarah prepare a feast for them. God mentions His intention of destroying Sodom and Gomorrah because of their wickedness. Abraham tries to intervene in case there might be some righteous people living there that could be saved — but God cannot find even ten who are not evil, and sends the angels on their mission, to save Lot and his wife and their two daughters, and destroy all the cities in the plain.

The angels are dressed as regular men and meet Lot at the gates of the city. He bows down to them, realizing their holiness, and brings them to his house. Soon the men of Sodom surround the house — ALL the men — and call to Lot: “Where are the men which came in to thee this night? Bring them out to us that we may know them (carnally, rape them).” Lot goes out to them and shuts the door behind him. He tries to calm the mob down and bids them not to act so wickedly. In lieu of the two men, he offers them his two virgin daughters, but they are not interested. They menace Lot and try to break down the door. The angels pull him back into the house and  then strike the vicious lusters with blindness, and they scatter. Early the next morning the angels escort Lot, his wife and their two daughters out of Sodom up to the small town of Zoar. About noon the deluge begins,  and fire and brimstone fall from the sky, destroying all the cities in the plain and killing all the inhabitants. Archeologists have verified that the two cities of Sodom and Gomorrah did exist, and were destroyed by some cataclysmic event.

God uses the word Sodomite, because the other words didn’t exist when the Bible was written. “Homosexual” is a neutral, technical term, while “gay” is a nice term that Sodomites have invented for themselves. Due to the constant brainwashing tactics of Hollywood and the Media, “gay” has been adopted by most everyone as the proper title for these people. To be gay is to be merry and joyful. To be a Sodomite is to be wicked and sinful so “gay” is certainly not the proper title. Drunkards are not chronic alcoholics, fornication is not pre-marital sex, and Sodomites are not gay.

The United States today is much worse than Sodom! Sodom didn’t have the magazines, photos, videos, or internet to produce pornography. Yet God rained down fire and brimstone in fierce judgment on Sodom and Gomorrah! God’s judgment on America will be infinitely greater, hell will be hot! People nowadays are so indifferent concerning sin that they fail to realize just how wicked society has become. Satanism is growing, witchcraft is more popular than ever because of the hellishness of Harry Potter. Even the U.S. Navy recognizes Wicca witchcraft as a legitimate religion. The U.S accounts for 25% of the world’s child-sex tourism. Hollywood produces the most lascivious, adulterous, murderous, damnable movies on earth. Walt Disney is controlled by Satan, producing godless movies which brainwash children with rock music, New Age philosophies, feminism and witchcraft. Americans have sat back and allowed 50,000,000 babies to be murdered through abortion. Now the body parts are even being sold. Nevada brags of legalized prostitution. Las Vegas is so wicked Nevadians even mock God by calling this town “Sin City.”  Everywhere the Homo Mafia has taken over. In Disney’s woeful series “Desperate Housewives” God is utterly mocked. I’ve never seen it, but critics say at least once an episode one of the housewives turns up in Victoria’s Secret underwear, there is the seeming required club scene, complete with gyrating, minimally clad dancers, wives seducing their husbands, a prostitute who services a straying husband, Rex, who has a fancy for bondage, the fornication between Susan and handsome, single neighbor Mike, and the adultery between Gabrielle and John. Marc Cherry is the shows openly homosexual creator, writer and executive producer.

I have never understood why so many homosexuals want to be Christians — it is not possible to be a Christian and a homosexual, the Bible asserts this time and again. I Cor.6:9: “Or do you not know that the unrighteous shall not inherit the kingdom of God? Do not be deceived; neither fornicators, nor idolators, nor adulterers, nor effeminate, nor homosexuals.”  1 Tim 1:9-10:  “realizing the fact that (civil) law is not made for a righteous man, but for those who are lawless and rebellious, for the ungodly and sinners, for the unholy and profane, for those who kill their fathers and mothers, for murderers and immoral men and homosexuals and kidnappers and liars and perjurers.”  Rom. 1:26-27: “For this reason God gave them over to degrading passions: for their women exchanged the natural function for that which is unnatural, and in the same way also the men abandoned the natural function of the woman and burned in their desire toward one another, men with men committing indecent acts and receiving in their own persons the due penalty of their error.”  If the homos  choose to practice homosexuality in privacy, that is their free choice. But let  such persons know for certain that the Christian Bible condemns all such practices and God will judge them unfit for the kingdom of heaven if they continue to practice and openly promote homosexual sex. Any sinner should always remember that the God who commands us to love our neighbors is the same God who will cast any and all unrepentant sinners into the Eternal Fire.

Homos are so worried about going to hell that they have concocted their own Bible, the NIV (New International Version), made by homos for homos. In fact, the word “hell” has been removed from this Bible. And it completely removes the word “sodomite”. The chairman of the Old Testament committee, Dr. Marten Woudstra, is openly homosexual. Another translator involved was Dr. Virginia Mollenkott, an openly proud lesbian. The NIV perverts the Deity of Jesus Christ, the Virgin Birth, John 3:16, and removes the Blood of Christ. There are pages of the two different versions, NIV and KJV, and they are very different. In fact 17 whole verses are removed. Zondervan publishes the NIV, and Harper Collins owns Zondervan. Harper Collins also publishes “The Satanic Bible” and “The Joys of Gay Sex”. The History Channel is owned by Walt Disney, and shows perverted renditions of historical events. If you have a NIV Bible, throw it in the trash. It should be called the New International PERversion.

Actually there is only one authentic Bible — the KJV.  I prefer to call it the KJB — the King James Bible because it isn’t a version, it is the ONE. Here’s how it came to be:  King James did not like the Geneva Bible. He thought it was very bad because there was a lot of anti-monarchial sentiment in its marginal notes — “very partial, untrue, seditious, and savoring too much of dangerous and traitorous conceits.” The new unified Bible, said the King, was to be demotic — everything clear, no hard words. It was a good principle, and it yielded marvelous results.

There were fifty-four translators divided into six groups or companies — two at Westminster, two at Oxford, and two at Cambridge. When one company completed the translation of a chapter, it was scrutinized by the other two. Where there were special difficulties, learned men from the universities, not necessarily churchmen, were consulted. The poetical parts of the Old Testament — like the Psalms and the Song of Solomon — were vetted for euphony by men who knew all about the music of words. A short story by Rudyard Kipling — Proofs of Holy Writ — presents Shakespeare and ben Johnson discussing a problem of language brought to them by one of the translators of the Bible. There is no reason, one feels, why this should not have happened. They were the greatest poets of their age; the Bible was to be a work of literature as well as piety. It’s tantalizing to think that Shakespeare was responsible for the majesty of the following:

God is our refuge and strength, a very present help in trouble.

Therefore will not we fear, though the earth be removed, and though the mountains be carried into the midst of the sea;

Though the waters thereof roar and be troubled, though the mountains shake with the swelling thereof. Selah.

There is a river, the streams whereof shall make glad the city of God, the holy place of the tabernacles of the Most High.

God is in the midst of her, and that right early.

The heathen raged, the kingdoms were moved: he uttered his voice, the earth melted.

The Lord of Hosts is with us; the God of Jacob is our refuge. Selah.

Come, behold the works of the Lord, what desolations he hath made in the earth.

He maketh wars to cease unto the end of the earth; he breaketh the bow and cutteth the spear in sunder; he burneth the chariot of fire.

The Lord of Hosts is with us; the God of Jacob is our refuge. Selah.