Monuments to the U.S. War Dead 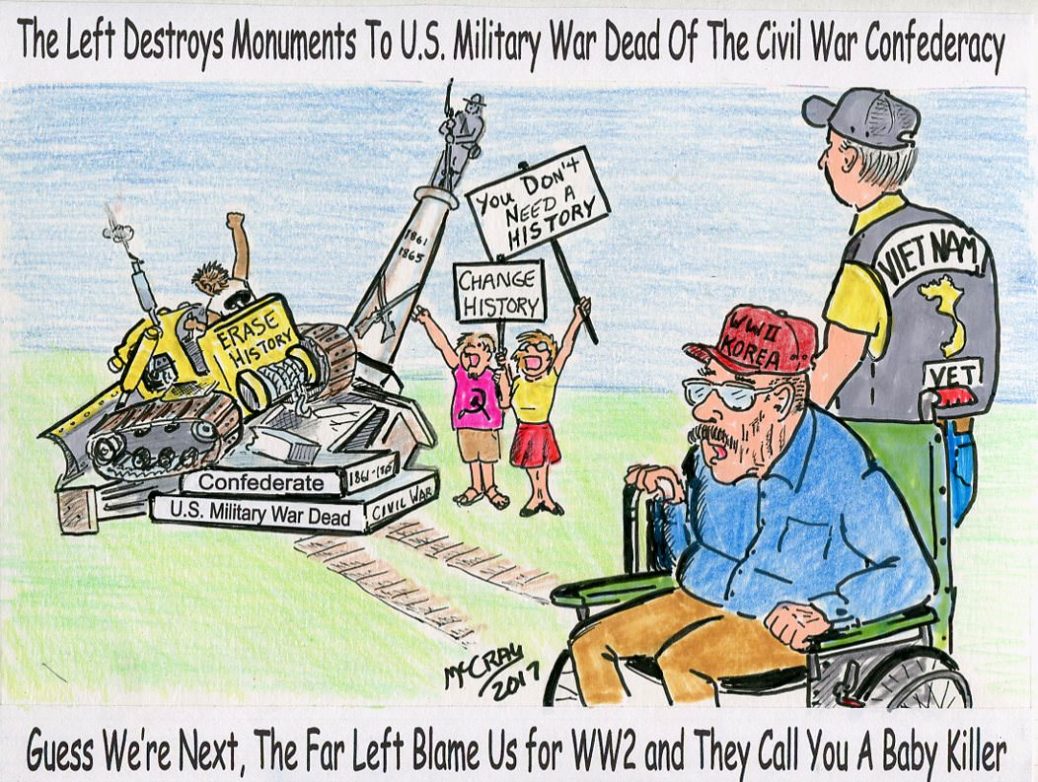 It has been an on going effort by the Hard Left Socialist that now control the Democrat Party and Media Press to divide the population into warring camps.

One of the vehicles used is accusations of racism against anyone that disagrees with them in order to spur their followers to action.  The race card has been used so many times it has fallen apart and the accusations aren’t working, now they have gone more extreme attacking the history of the Old South.

The main cause of the Civil War was the abomination of Slavery that was exercised and run by the ruling class of the South.

The drive to War was pushed by those who owned the Slaves, the Plantations, controlled the Democrat Party in the South, The Vote, and the Press.  The store keeper, carriage maker, dirt farmer, stable hand, and the rest did not spend Four Bloody Years to preserve some rich guys right to enslave other human beings.  For most, the North was over riding states rights, dictating to the south, invading the south, threatening their homes and families.

In 1862, it became mandatory that all able bodied men age 16 to 38 ‘HAD TO SERVE’, or they were locked up and some were hung.  Many who served the Confederacy had no choice.  Of those who died, most were buried where they fell and have no grave stones and many that were recovered had no identification and are in a mass grave with a numbered foot stone.  The Monuments found in most towns in the South are stand in’s for grave markers to the family member lost in the war.  In many families who keep the memory of these men alive, the attack on the Monuments is an attack on the Families, the Far Left Knows this and uses this fact.

While I can understand some of the teeth grinding over a Jefferson Davis, Nathan B Forrest, and some of the South’s Generals statues, but the Single Soldier Monuments to the dead should be respected as any other Monument to U.S. Military War Dead.  In 1868, President Andrew Johnson gave a complete and total Pardon to All who had participated in the War living and Dead to a complete restoration of all rights and privileges.  Confederates are buried at Arlington National Cemetery and other National Cemetery that are open to U.S. Military Dead, in 1914 a statue to the Confederacy was dedicated by the President at Arlington.  In 1958, the Secretary of War, now the Secretary of Defense was authorized by Congress to provide Grave Stones to Northern and Southern Graves, replacement stones are still supplied on request to replace broken stones.

The Civil War Monuments to Confederate Dead are to be treated the same as Monuments to the Dead of other Wars.  What’s next, the Far Left claim the U.S. A. started World War 2 and the still call those who served during the Viet Nam War, Baby Killers.