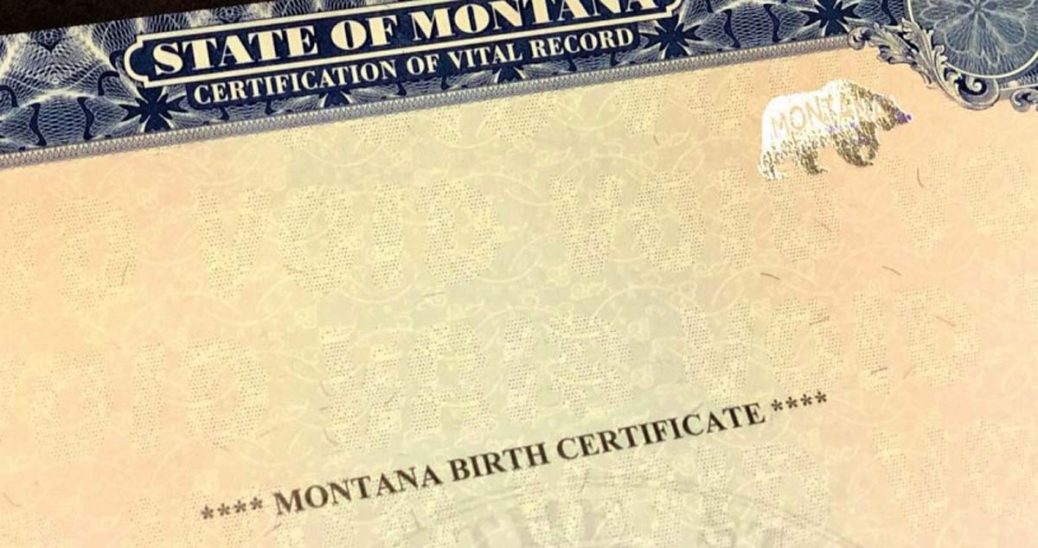 Bucking the extreme left-wing transgender and LGBTQ movement, the state of Montana has put a permanent block on changing genders on birth certificates, even after so-called “sex change” surgeries.

The move was made despite that the state is already defending a similar rule in court against radical leftists in the ACLU trying to vacate the block.

Judge Michael Moses put a temporary block on the rule in 2021 saying that it was a burden on people who went to the length of having surgery.

the new rules, though, are a change from the past.

Prior to the new law, transgender people seeking to change their birth certificate in Montana needed only to provide an affidavit to the state health department.

Under the new rule, the state Department of Public Health and Human Services said it would no longer record the category of “gender” on people’s birth certificates, replacing that category with a listing for “sex” — either male or female — that can be changed only in rare circumstances.

Sex is “immutable,” according to the rule, which described gender as a “social construct” that can change over time.

Moses said the law passed by the 2021 Legislature was unconstitutionally vague because it did not specify what surgical procedures were required.

State health officials said weeks later that the court decision put them in “an ambiguous and uncertain situation” and it adopted the rule changes to clarify when a sex designation could be changed on a birth certificate.

The new law now says that citizens can’t change gender unless there was a mistake from the beginning.

So, we’ll see if Montana’s law can withstand the challenge.