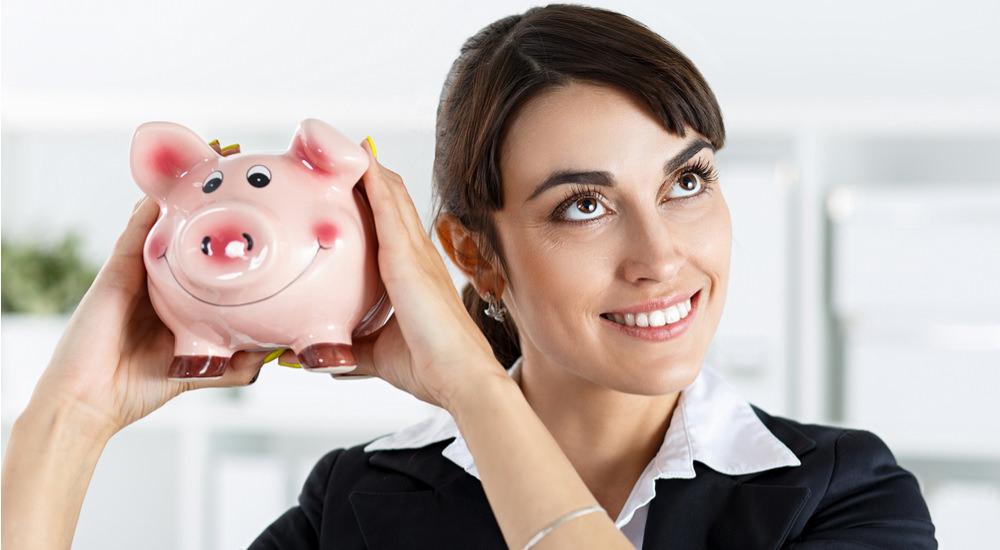 A country’s money is 100% backed by the country’s laws, but more important, it is backed by productive values. It is the physical embodiment of in our own worth, and the worth of others. It is a receipt that says we have exchanged equal values and trust that we will receive that value when we turn in our receipt for value that someone else has made.

Money, emitted and controlled by the government of our country, and not a foreign, private lender, insures that the worth of our mind, material and effort, in private transactions, in commerce, and in government, is valued and preserved. In that way money activates our talent, mind, energy and capacity so that these become our prosperity, in accordance with our hability and effort, in our own country.

When it is easier to prosper by interchanging values than robbing: 1) more produce and fewer rob 2) More producers stay and less go 3) More natural wealth is developed and less is wasted 4) more protect their life and fewer throw it away in crime and drugs 5)More politicians retire in their own country and less escape with a booty 6)More problems are solved within the country without globalist interference 7) There is more competence in industry and commerce 8) There are more and better products and services 8) There is more security, stability and economic autonomy, for the country and its people.

No local government, including nations or groups of the “biggest most powerful nations” can effectivly administer international money. It is not a question of power or competence, it is a question of control.

Local money cannot be changed for money of another country without losing all sovereignty. Goods and services can be exchanged and the difference can be provided in foreign currency, but that is only to pay debts and increase the balance of trade until there is no debt to pay. When that happens no government should again get into debt. It never needs to do so in peace, and the only ones that benefit from war are the moneylenders. Money that can be exchanged between nations is subject to forex trading, and the margin, and therefore the price, is controlled by the international usurers. The only way to maintain sovereignty in each nation is interchanging values. Within the country it can be done with local money. A country can emit all the local money it wants, if it spends it into existence and is not permitted to exchange it for foreign money. It can even increase the foreign money it has, by having a favorable balance of trade. But it is a fatal flaw to try to counterfeit foreign money — the controls by debt will convert the local currency to nothing. We must simple export more, receive foreign money, use that to pay foreign debt, and make an effort to establish a favorable balance of trade.

One reader said, Why do they say that if a government emits money, the result is inflation? Well the answer is that it doesn’t. Inflation is a different animal than counterfeiting. Inflation is caused by having less money in circulation because the increase in prices is being used to pay off interest on the international and national debt in a futile effort to reduce the cost of debt service.

For more than 300 years the global usurers have fomented wars, conspiracies, sabotage, and assasinations to achieve their ends. They are experts. They have all the mechanisms, and in a strange way, all the “rights” to reduce local money if the localities try to change their local money for international money. That is the main reason they seek to have large international corporations control the “global economy.” They don’t want local government controlled corporations. They want everyone dependent on everyone else’s money, until they have one world money and one world government, controlled by them.

That is why BRICS, o any other country or group of countries will fail if they try to make international money. So BRICS does the stupidity of trying to have “their bank” have “the support” of FMI, World Bank and the other global usurers. They are so naïve that they actively seek to employ the fox to guard the henhouse.

I repeat, the global usurers have the mechanisms to prevent any country or group of countries from controlling the global currency. Further the countries are so naïve that they don’t even know how to make and control their own local currency that is not tied to other money. These countries have become so dumbed down that they don’t know how to make their local currency. They seek to back it by oil, gold, silver or some other commodity that is also controlled by the global usurers, through debt. It is laziness. They have forgotten that they can and must SPEND MONEY INTO EXISTENCE. They must make value to be accepted, and they can do that by controlling local money and financing large local projects, paying by progress payments and financing central government operations by obtaining interest from their loans in local money. This implies that no one is obliged to participate in the large projects, but if they do, they must buy and sell labor and materials in local money.

Inflation is not counterfeiting. Counterfeiting puts money in circulation. Inflation takes it away. Inflation occurs when government imposes takes which increase fixed costs to the productor so that government can pay the interest on the debt instead of bettering infrastructure or exchanging values. Inflation comes to being because of debt. Taxes are a government solution for paying interest on debt. If the money was debt free, there need be no inflation. The usual conditions for globalists loans to governments is that they “tighten their belt” and “better their tributary culture.” (Get more people to pay more taxes.)

Inflation is when the same quantity of money exchanges fewer values. It is because taxes go to pay the usurer instead of bettering the interchange of values or improving the infrastructure of the country. And it is not necessary, because the government itself can emit and control its own local money instead of borrowing it.

Not only that, it can reduce and even eliminate its national debt by exporting more than it imports. When debt is paid lake that, countries can keep exporting more than they import to increase their international money, so that they have more with which to trade with other countries. The problemis that today our greedy, stupid, unpatriotic politicians seek to get easy loans that oblige the population to the global usurers knowing full well that they are not personally responsible for the debt.

For a country to be sovereign and independent, they must emit and control their own local money for their own local use. That includes buying and selling all goods, services, workers and local materials with local money — yes all government workers, including the politicians and bureaucrats with the exception of diplomats, and these are to be paid with money from the country that trades with them, and not some third party money.

Emitting and controlling money task that constitutionall, legally, justly and by common sense, belongs to the sovereign government of the country, if it seeks the prosperity of the population and its legitimate government and not to enrich the usurer. They don’t do it now because they are pressured to “integrate” with “the international community” which is another way of saying that they should kowtow to global government.

What is called deflation is also caused by debt. In deflation, the usurers are calling loans and retiring the principal from circulation. They do it by lifting the “capital requirements” of banks, by lifitng the margin, or reserve requirement — same concept different name — taking the air out of the monetary accordion. Prices fall because the usurer is collecting all the loans and the producers have to get sufficient moeny to pay the increase in the fraccional reserve. And there isn’t enough because the usurer has removed the money from circulation.

If the producer doesn’t pay his debt, he loses all he has mortgaged, hocked, or margined (all he has if he has borrowed to get it). And all the producers, by loans on houses, cars, factories, merchandise, machinery, payrolls and other productive capacity are in the same boat. So they all seek to pay the loan when there is less money in existence to do so. They see that they can’t sell the same quantity at the same price because nobody has enough money. So to pay the debt, they have to sell, often at a loss. And, when they actually pay it, that money too is removed from circulation. Deflation is paying less for the same value, which sounds good, until you realize that there is not enough money in existence to pay the same.

International money lent for whatever use, local or international, is controlled by the mechanisms established by the global usurers. They make loans on conditions, and they can do it because it is their money that they loan. These conditions include how, when, where, why, anf for how long we will have prosperity or poverty.

With local money we can interchange all local values — labor, material, mines, agriculture, industry, commerce, etc. without borrowing. And if the central government does that it can establish the financial mechanisms, like local stock and commodity markets and lend money to them as well. In that manner local governments learn how the international bankers control money for their benefit, but governments can do it for the prosperity of their population — if they have but a little good faith and courage.

That way, elected or appointed leaders won’t need foreign money to better their country. They can use local money which they can’t hide in other countries or use in property or accounts overseas. This money will not serve parasites, corruption, or drug lords, only productive people in their own country. By emitting and controlling their own local money, without debt, the money can be a true measure of values made in the country.