This is the Moment Reagan Promised 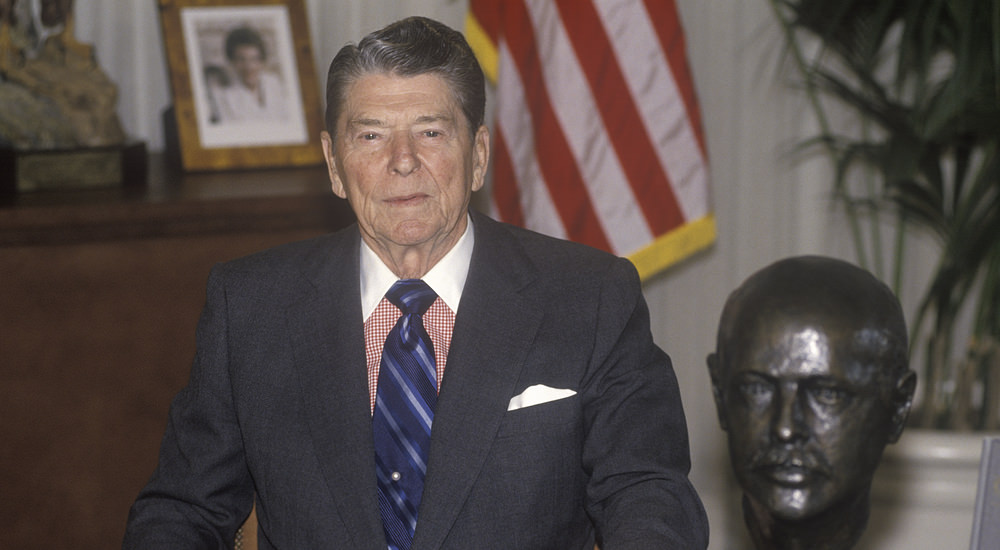 As we watch the noise, umm, news, we see that both Trump and Clinton are ramping up rhetoric that is nothing short of hate filled. Trump spends his hours fighting with anyone who disagrees with him, or questions his tactics, while Hillary keeps on a trucking and lying about emails, Benghazi, her husband’s special little charity, and money flowing. Why would any American take the time to vote for either of these two? It is more like Satan vs his own imps in a battle for a hotter fire.

The Liberals are in the middle of a 100 million dollar illegal buying of the Presidency for Hillary while Donald cannot muster up enough high ranking Republicans to even speak at the Cleveland Convention. This is not just a farce but it is also an Othello style tragedy.

“He will do anything for his new wife, Desdemona, at this point. Othello: Goals In order for Othello to obtain his goal of being the best general to his abilities he must appoint Cassio lieutenant. This affects Cassio because Iago is deeply jealous and will do anything to gain the position of lieutenant. Desdemona: Motivations Desdemona’s main motivation throughout the play is her love for Othello. She makes a sacrifice for Othello and they elope without her father knowing. She stays true to her love for Othello “

So we have a love of power, seen in Trump, and we see a love of money in Hillary, and they are willing to sacrifice their true love, their spouse, their integrity, their morals for their greater love of power and money. We have Donald lying daily at the average rate of 70% and we have Hillary in denial of everything from her past in the amount of 100%. The true difference is an old loud mouth arrogant son of a B****, and a potential first female POTUS, that the Liberals know that SCOTUS, and socialism is at risk if they do not support. The winner will most certainly be the destruction of America, whichever way it goes.

We have seen the division in America from Black Americans and Whites, to LGBT and Christians, and from the rich and powerful to the poor and non-working. Do we really want to continue this divide in America? Do we really want to elect the least of two evils when we would never associate with either outside of this election process, but feel that we have no other option? There are options, and those options are powerful, and it just takes a man or a woman to stand up for morals, ethics, values, and integrity and say “NO” to either of these two embarrassing political hacks, and support a third choice.

The third choice can be in the shape of pushing the conventions to a different candidate, to supporting a third party candidate. Today it is not so much if they agree with every item we support, but more in the agreement that a free America is more important than party or single cause. We need to support America, and her Constitution. Supporting her flag, and stopping potential terror placed upon our shores, a strong military, and strong borders with a real immigration policy. Those are things that every American can support. Let us put America back to shining on that hill again, then look at the more micro desires. Time to picket the Republican and Democratic conventions until a different candidate is offered by both parties, or there needs to be a true Revolution before we see states seceding the country, and a division that causes so much internal strife that America will only see gray skies, and a hope for a better tomorrow.

In the halls of Congress the drumbeat of past Presidents and leaders are echoing. Are you prepared to be on their side, or the side of lies, criminal activity, and hatred? “Ask not what your Country can do for you, But what you can do for your country.” So wonderfully spoken by a Democrat, J.F.K, and “I have a dream that every man will be judged on his character and not on the color of his skin” as spoken by a true leader, Martin Luther King, and “Some may try and tell us that this is the end of an era. But what they overlook is that in America, every day is a new beginning, and every sunset is merely the latest milestone on a voyage that never ends. For this is the land that has never become, but is always in the act of becoming. Emerson was right America is the land of tomorrow.” By Ronald Reagan.

It’s time we asked ourselves if we still know the freedoms intended for us by the Founding Fathers. James Madison said, we base all our experiments on the capacity of mankind for self-government. This idea that government was beholden to the people, that it had no other source of power, is still the newest, most unique idea in all the long history of man’s relation to man. This is the issue of this election whether we believe in our capacity for self-government or whether we abandon the American Revolution and confess that a little intellectual elite in a far-distant capital can plan our lives for us better than we can plan them ourselves. (October 27, 1964)
(Ronald Reagan)

Government growing beyond our consent had become a lumbering giant, slamming shut the gates of opportunity, threatening to crush the very roots of our freedom. What brought America back The American people brought us back — with quiet courage and common sense with undying faith that in this nation under God the future will be ours, for the future belongs to the free.
(Ronald Reagan)

“America is too great for small dreams” and “Today we did what we had to do. They counted on America to be passive. They counted wrong” so wonderfully foretelling our future, and the day after the election of 2016 by Ronald Reagan.

You have the future of your family, your community and your country in your hands, do not waste this great calling by choosing greed and selfishness over the greatest of goods for all. Deny Hillary Clinton on the Left, and Donald J. Trump on the right from becoming president. Stop the hate, stop the lies, and begin a greater tomorrow. Let his be our Dream, our desire, and OUR MOMENT IN AMERICAN HISTORY….