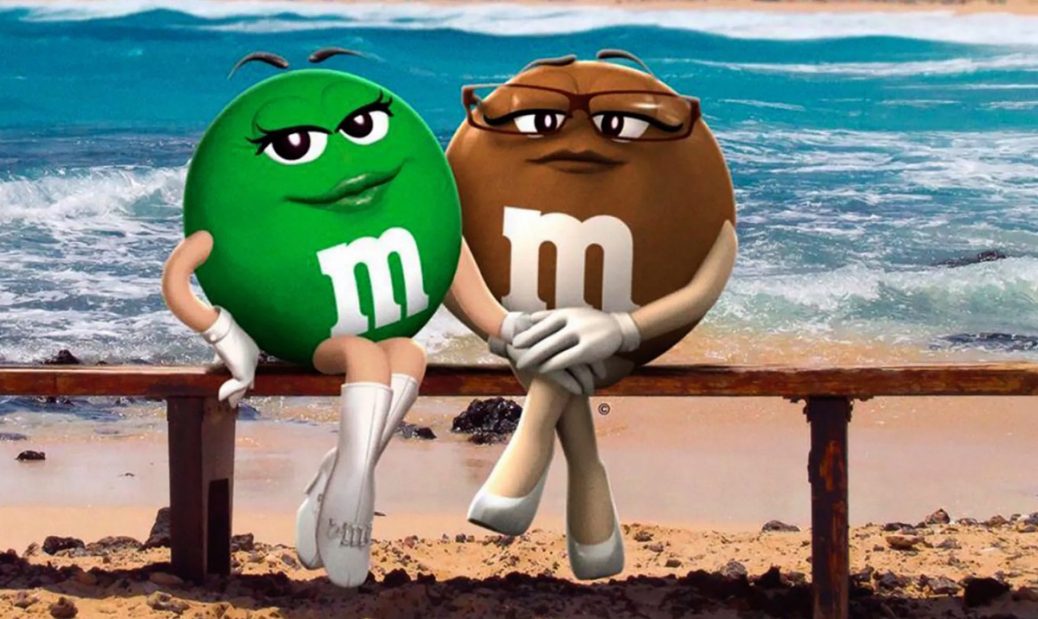 Mars candy company is going woke with a promise to make the animated M&M’s candy characters “more inclusive,” in one case by dumping its green “sexy girl” character and giving her replacement a “more nuanced personality.”

Until now, the green M&M’s character was portrayed as a sexy female with a sultry voice and white go-go boots. But that portrayal is no more, the company said in its announcement, according to The Hill.

On Thursday, the candy company said it intended to better honor its “global commitment to creating a world where everyone feels they belong, and society is inclusive” with the changes to its advertising characters for a “more dynamic, progressive world”.

Mars added that it is hoping to improve the “sense of belonging for 10 million people around the world by 2025.”

According to the company’s website describing the new characteristics, the new green character will be wearing more sensible gym shoes and will claim to enjoy “being a hypewoman for my friends.”

“I think we all win when we see more women in leading roles, so I’m happy to take on the part of supportive friend when they succeed,” the green M&M says in the company’s newest promotion.

The brown M&M is also getting a makeover, with her new slogan stating, “Not bossy. Just the boss.”

In a tweet, Mars even hinted that the two female M&M’s are intimate:

It’s rare Ms. Brown and I get to spend time together without some colorful characters barging in. – Ms. Green pic.twitter.com/hnoktsAgAW

Mars added that the makeovers will include an “updated tone of voice” to make people feel “inclusive, welcoming, and unifying” while hewing to its past penchant toward “wit and humor.”

“As one of the world’s most iconic candy brands,” Cathryn Sleight, Mars Wrigley’s Chief Growth Officer said, “who better to commit to a world with more moments of fun by increasing a sense of belonging around the globe than M&M’s?”

Other changes include, orange M&M’s shoes will no longer be untied, and both red and yellow will now have laced shoes, not slip-ons. The changes in footwear are more “representative of our consumer” and are “a subtle cue, but it’s a cue people really pick up on,” said Anton Vincent, president of Mars Wrigley North America.

Orange will also lose his anxious personality and will now be more confident and will “embrace his true self, worries and all.”

Vincent added that the two female characters will be featured more often than the four male characters to add “a little bit more gender balance” to the brand’s advertisements.

The changes, Vincent said, “It gives us a good platform to talk about the whole idea around belonging.”

M&M’s were first introduced in 1941 and the cartoon characters first appeared in 1954, though the first were ones were only round red and yellow oval characters representing the plain and peanut versions. The other color characters were added by the late 1990s. The newest color added was brown, which came in 2012.