MMA is a Manifestation of an Increasingly Violent Society 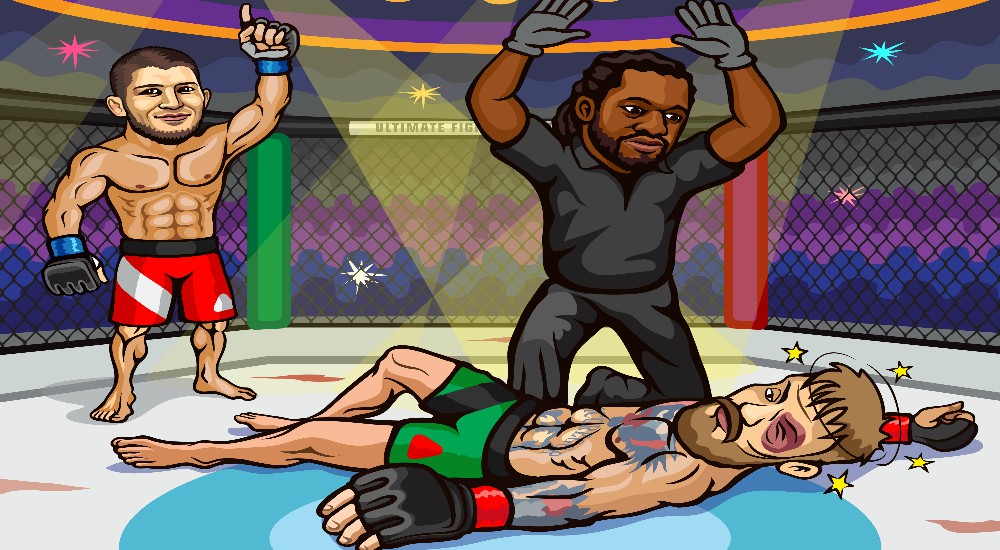 Many opponents of MMA claim they are due to safety concerns for the fighters. I frankly don’t give a crap. Oh sure, as a Christian, I don’t want anyone to be hurt, but as a freedom loving conservative, it’s their right to be as moronic as they wish and beat the crap out of each other for profit and the amusement of the masses.

As an aside, in my opinion as a martial artist, calling this “sport,” Mixed Martial Arts (MMA) is an affront to the discipline and dedication of martial arts. Training oneself in some aspects of various styles of martial arts for the sole purpose of beating the hell of another is decidedly not martial arts. But, as I said, that’s just my opinion.

Many have called them modern day Gladiators, but it’s much worse than that. In the early days of gladiatorial contests, none of the fighters had a choice to “compete.” They weren’t Romans. They were men captured from conquered territories, or slaves or indentured servants. These men were conscripted into Gladiator schools and trained to fight. They didn’t have a choice.

It wasn’t until later, as the spectacle grew in popularity, that free men and even women volunteered, due to the lure of fame and fortune. Some from Rome’s upper crust political class tried their hands, drawn by the allure of the roaring and fawning crowds. Even a few Roman Emperors entered the ring. Although their matches resembled a fixed WWE match rather than a real battle.

But from the start of MMA, UFC, etc., there have been no dearth of volunteers, willing to have their heads bashed in for-profit and adulation.

For a lot of these guys and girls, I can’t necessarily blame them. Like boxers, many see this as their only chance to make it big, as it were. In others words, there aren’t many MMA fighters with MBA’s or Ph.D.’s. That’s not snobbery, it’s merely an observation.

It’s not the fighters that bother me about this so-called sport. It’s the massive, ever-growing fan base. A fan base that is indicative of the coarsening of our society and our politics.

It’s been a running joke for decades that the fans of professional wrestling, WWE, are nothing but trailer trash and rednecks.

However, MMA attracts a much more diverse cross-section, from the lowest on the socioeconomic scale to the wealthy and highly educated. Conservatives for whom I admire and have great respect are fans of the “sport.” I don’t get it.

And as predictable as the sun coming up, the more society buys into and revels in this violent competition, the more likely it is to spill out of the cage.

And we saw this, or at least heard of it, just the other night after the much-publicized MMA title fight between Khabib Nurmagomedov and Conor McGregor. Post-fight, the victorious Khabib jump out the ring and attacked McGregor’s men. At the same time, two of Khabib’s men jumped into the cage and started trying to beat on McGregor.

And naturally, it didn’t end there and wasn’t contained to just the fighters and their entourages. In the arena’s food court another brawl broke out between fans of the two fighters. There is video showing an escalation, from yelling to pushing to punches being thrown. And the video also shows a crowd gathering, cheering and egging them on.

Again, this behavior is as predictable as the sun rising in the east, yet people actually looked surprised when a man is knocked unconscious.

This is kind of behavior that this sport and these events beget.

But to put it all on MMA is unfair. Our society is doing a fine job of coarsening on its own. To date, there have been countless political protests and marches that have ended violently. Protests which begin peacefully enough, soon devolve into trashing property, burning cars and attacking political opponents. Politicians themselves are being confronted in public, on the urging of their political rivals, and it won’t be long before this too devolves into physical attacks.

Upon further reflection, I believe the popularity of the bloodsport called MMA, is actually a trailing rather than a leading indicator of where this nation is heading. We are becoming an increasingly intolerant, more violent society, and MMA is merely a manifestation of it.