MLK and Many Black Leaders were Republicans 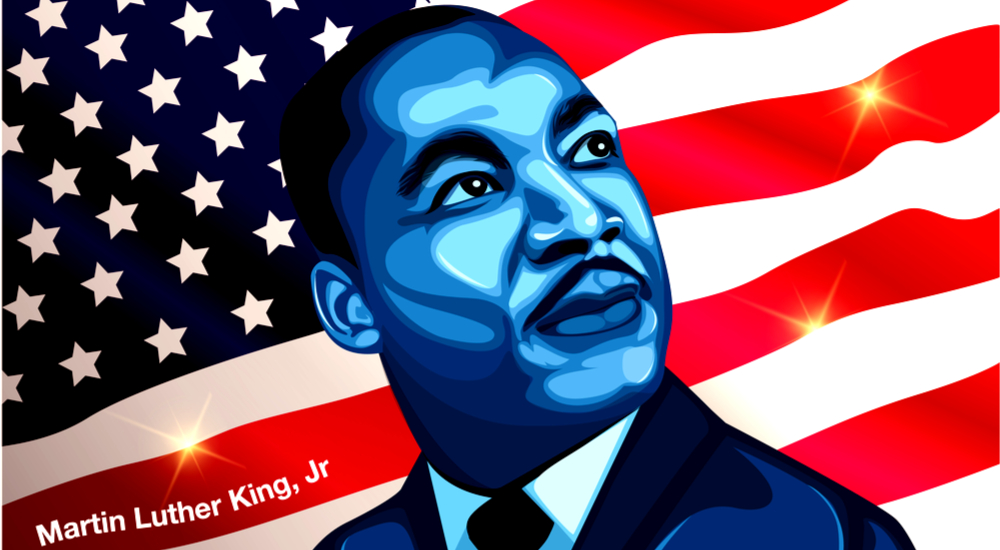 At the beginning of the week, I wrote, in honor of MLK Day, that Dr. King undoubtedly supported a secure Southern border. You

may review it here.

Unsurprisingly, I got a little flack for it from a few on the left.

Yet I don’t know why it’s so surprising. It’s no more a revelation than that Dr. King was a Republican. According to his niece, Dr. Alveda King, MLK was Republican.

This should be a surprise to no one who knows the unvarnished history of America – who advocated for black Americans and who didn’t.

Somehow history has been rewritten. Check that. We know how. I believe it can be traced back to the death of Dr. Martin Luther King Jr., before that time, most blacks were Republicans, and for good reason.

But we’ve been taught that the Democrats are the party of civil rights, of minority empowerment and Republicans are racists. It’s irrefutable!

Well, I’m here to refute it.

It was 1954 and the Supreme Court was deciding the Brown v. Topeka Board of Education case. The Supreme Court and Chief Justice Earl Warren, appointed by Republican President Eisenhower, ruled for Brown. The landmark decision ended school segregation and declared the 1896 Plessy v. Ferguson decision violated the 14th amendment, with its “Separate but Equal” doctrine. The Democrat party supported the 1896 views and sided with the Topeka Board of Education. In fact, Southern democrats, known as Dixiecrat’s, formed in 1948, had a slogan, “segregation forever.”

It was Republican Pres. Eisenhower who established the first permanent U.S. civil rights commission, which had coincidentally been rejected by Democrat man of the people, Franklin Roosevelt. Roosevelt actually banned black American newspapers from the military, claiming they were communist.

Many Democrats voted against the first civil rights act in 1957. Among them was a senator from Massachusetts named John F Kennedy. Republicans such as Sen. Everett Dirksen and Barry Goldwater supported it.

Yet in private, Johnson said: “These Negroes, they’re getting uppity these days. That’s a problem for us since they got something now they never had before. The political pull to back up their uppityness. Now, we’ve got to do something about this. We’ve got to give them a little something. Just enough to quiet them down, but not enough to make a difference. If we don’t move at all, their allies will line up against us. And there’ll be no way to stop them. It’ll be Reconstruction all over again.”

As president, JFK opposed the 1963 MLK march on Washington. A. Philip Randolph, a black Republican, organized the march for Dr. King.

It was well known back then that Dr. King criticized Kennedy for ignoring issues of civil rights. JFK didn’t take too kindly to the criticism and was one of the reasons he had his Atty. Gen. brother Bobby Kennedy, through the FBI, wiretap King’s hotel rooms on suspicion of him being a communist. This was all done to undermine King’s efforts, for obviously, Dr. King was no communist.

There were many other notable Democrats; none were friends of black Americans. Some of the leading opponents of the 1964 Civil Rights Act were racist Democrat Senators Sam Ervin, Al Gore Sr. and Robert Byrd. What? Al Gore’s dad was anti-black? Yep. And Robert Byrd was a former Grand Kleagle of the Ku Klux Klan.

A few of the worst were Eugene “Bull” Connor, Lester Maddox and George Wallace. Bull Connor let loose dogs and fire hoses on black demonstrators and did I forget to mention he was also Pres. Bill Clinton’s mentor.

Maddox, governor of Georgia, and his supporters used ax handles to beat blacks to prevent them from entering his restaurant.

Before history was rewritten it was well known that racist Democrats said they would vote for a “Yellow Dog” before a Republican because the Republican Party was known as the party for blacks.

It was Ronald Reagan that made Dr. King’s birthday a federal holiday.

So despite what we hear, see and read today, Dr. Martin Luther King Jr. would never have been a Democrat. Not then and not now. He would’ve never joined the party of segregation and the Klan.