Is Mitt Romney the answer for the #nevertrump movement?

Mitt Romney in 2012 was batting 1000 with guns firing on every international issue, from Russia to Iran, the middle east, China, and National security. The problem for many is that they stated he was the loser, but how can you lose when the competitor has already won states by tactics that are illegal, and because Mitt, a true Gentleman did not want to decrease the value of the office, or did not make the necessary accusations. Mitt, unlike Al Gore in the first election of George Bush Jr. who fought all the way to Congress and courts, felt that the office is above any one man. That is what America needs one more time. A true Ronald Reagan as steward to steer America back to the “shining City ” instead of arrogance, self-interest, and lies of today’s President and tomorrow’s current candidates.

America wants jobs, a good economy, security, and an honesty political agenda. That is great, but if the person steering the ship is shady, and you do not trust them, how could they ever steer the ship to the right channel in a sea of false harbors? America needs a leader with true gravitas, and regal stature. This leader needs a servant attitude, strong moral compass, and the humility to not boast or insult others. America needs Mitt Romney, along with Anne at his side. America needs another royally wonderful family like JFK, or Ronald and Nancy. No longer do we need a Bill and Hillary, or Barack and Michelle, or A Hillary and Bill, or a Donald and Melania. No America needs to be proud of their President and first Lady. America needs decorum, elegance, and the strong leadership that only a person of stature like Mitt Romney can offer.

We need a Constitutional Conservative that has stepped away from the GOP since the GOP is more involved with their power struggle than that struggle of the American, and is willing to stand side by side with Americans to defend the 1st Amendment and the ability to practice our religion as our faith determines, and stands next to the minutemen, and families who believe in the 2nd amendment and the right to have guns without taxation, or restriction. We need a servant leader who believes that the Constitution is their guiding map and that their God is their North Star, No longer do we need the greedy, obnoxious, and worldly leader.

Time for the Revolutionary Tea Party of the Constitutional Conservatives that protest at full volume #nevertrump, #neverhillary. It is time for Mitt Romney, and his history of running for office is equal to that of Ronald Reagan, except for a lifetime Mitt has been conservative, and a true man of faith, and taking care of one’s neighbors. Time to see what real a Regal and elegant First Family acts, looks, and responds. It is time to see a true Conservative who will work on both sides of the aisle to secure a conservative agenda and one who is not scared to state the obvious, where the obvious needs to be stated.

America cannot withstand the wild and crazy Donald J. Trump as President, and for this author, the answer is #nevertrump and #neverhillary.

Mitt needs to make a decision and recruit either Ted Cruz, the bold strong defender of the constitution, or Carly Fiorina as the technological strong constitutionalist, or Ben Sasse, the strong willing to speak the truth constitutional leader of the next generation in Congress. One of these three with Mitt at the helm will create an excitement that has never been seen by a third party in America. If Europe and Canada can have more than 2 parties, for all of you liberals you should be excited about the opportunity of a strong g3rd party, and the #nevertrump, or unwilling supporters of Trump should be ready with the revolutionary fortitude to fight for America at a moment’s call. Time to arm ourselves with the constitution, and to bring Mitt to the forefront. He is only 13 points behind Hillary or Donald in New Hampshire, and he is not even running. Add one of those 3 running mates, and you have a team that will create the positive hysteria in America that America needs.

Remember the rallies for Mitt in 2012 with numbers as high as 27,500 people before he announced his pick for VP, and in colorado before the election,

Mitt saw crowds as large as 18k at one time. He can easily increase those crowds with the anti Trump, and anti-Hillary feelings in America today. Time for Mitt to pick up the Baton himself and start his Olympic relay with his choice for a running mate. He will be the force to beat, not Donald, and not Hillary. 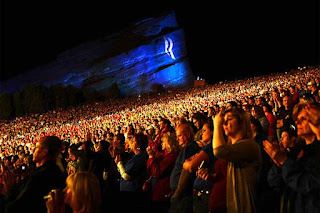