The Miracle Trump Needs to Win is Ted Cruz 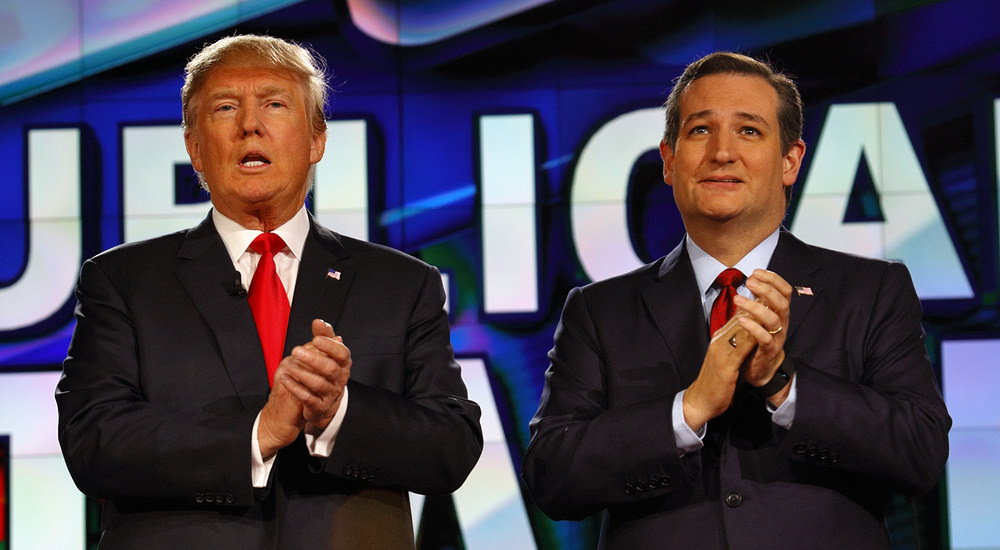 By all, or at least most accounts, Donald Trump is sliding in the polls – and not just by a point or two. At this point he is struggling to just stay within a single digit deficit of Hillary Clinton. The man, who, during the primaries, quoted poll numbers on a daily basis, strangely no longer cites them.

The difference, as I see it, is that Clinton appears to have a campaign strategy and Trump does not. Clinton’s strategy is simple – just don’t say much and more importantly, don’t end up in a forum where others may have an opportunity to ask questions of you. Thus far, her plan, or whoever is in charge of such things, is paying dividends. It’s impossible to make a mistake or say anything stupid when you’re not saying anything at all.

In some cases, and depending on the opponent, this plan would not work. Against Trump it is, so far, working to perfection. Simply allow the leftist media, which is virtually everyone, to stir up a little dust and sit back and watch Trump react to it – knowing his predictable history of overreaction.

And Trump rarely disappoints. The Democrats know he’s a loose cannon, and it’s apparent at least to me, that he cannot be controlled. He appears incapable of letting anything go. His ego simply won’t allow it.

Reagan was attacked viciously in both campaigns, but rarely responded – and when he did, it was comedic. He had the discipline to not react. He stayed on message – repeating his big idea freedom platform of tax cuts, pro-growth and jobs and rebuilding the

This is how Trump won the primaries. It’s how the Trump faithful became the Trump faithful. If he stands a chance of pulling this off, he must put all the distractions thrown at him by the left aside and get back to three or four big ideas which got him to this point – building the wall/immigration – taxes, regulation and jobs – terrorism.

Hire some people who can coach him in transitioning, so no matter what is brought up or thrown at him he will be able to seamlessly transition into one of his big ideas. The problem is that he may not be coachable. Know-it-alls rarely are, as they value their opinions above all.

Finally, he needs to be the bigger man – put his bloated ego aside and attempt to repair the bridge is he burned during the primary. He needs at least some of these guys to win – certainly Cruz, Kasich and Rubio (and maybe Fiorina).

He may not like it, but he does need them. Trump cannot win without conservatives, so Cruz and Rubio are a must. He needs Ohio and Florida – Kasich and Rubio. If he can get even tacit support from these guys (and Fiorina), it could put him back on the map.

Reagan did it. It’s well known, the friction between he and George HW Bush, but Reagan was the bigger man. For the good of the country, he put his feelings aside and picked Bush for VP.

Now go after Cruz. Trump is all about contracts. Have his legal team draw up a legally binding contract, with severe penalties if breached, that if elected his first supreme Court nominee will be Ted Cruz. If someone like Mark Levin gave his approval of the ironclad nature of the contract, I’d actually consider voting for Trump. And I’ll bet I wouldn’t be alone.