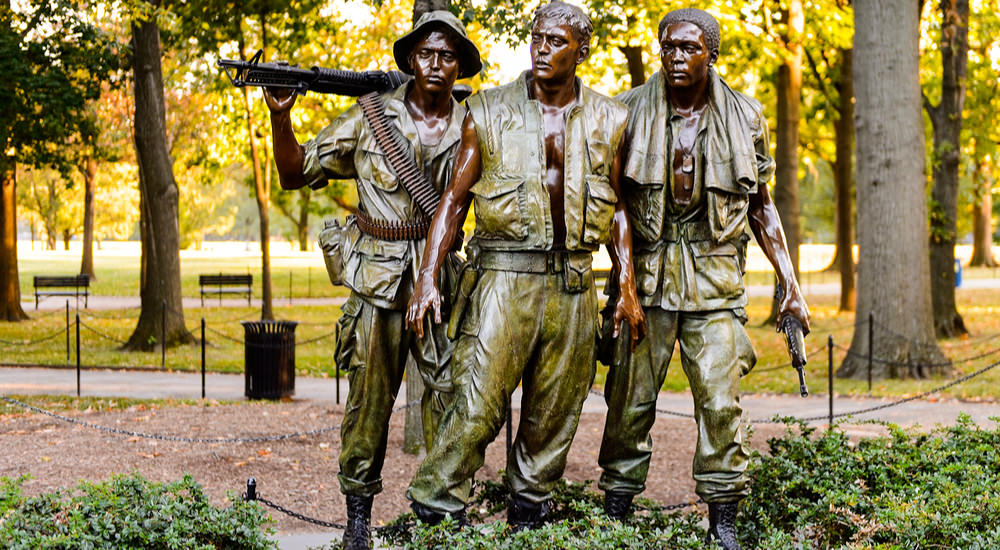 RE. MR. HONDO AND THE OTHER KNOW-IT-ALL PEOPLE THAT REPLIED TO THE POSTING REGARDING THE LOST RECORDS AND “NO RECORDS FOUND” MESSAGE FROM THE RECORD STORAGE FACILITIES.

There are thousands of men that served in South Viet Nam from ’62 to ’67 that have discovered that their service records has been lost, burned or shredded during this time period. Mr. Hondo went as far as to call these fine men a “Damned lier.” He openly stated that they were deemed one of the so-call “Wanta-be’s” trying to get over on the veteran administration for benefits when in fact, they had not served in South East Asia.

I served there and I have been told there are no records to be found of my serving in Viet Nam.

Follow-up to the former November article:

Vietnam Records lost/burned or shredded Army historians recognized that problems continued even after adoption of functional filing, but intensified combat operations in South Vietnam beginning in 1965 caused real alarm. Anticipating once again the need for adequate documentation to prepare official histories, historians discovered that the Army records management program was falling short of its promise and potential.

Even during peacetime the Army’s records program suffered from a shortage of experienced and trained managers. And records personnel assigned to units in combat sometimes lacked even basic training in retards management. Uncertain about the functional system, entertaining only vague ideas about what constituted historical records, and with short tours limiting experience, records clerks and administrators in Vietnam often found their task complicated, unrewarding, and occasionally overwhelming. Moreover, because of the vicissitudes of combat or the lack of guidance, many records were never created while others were prematurely destroyed. Unit records tended to suffer most as professionally trained records managers generally were assigned only to major command headquarters. It was difficult for them to visit remote, highly mobile units engaged in combat; such units usually did without professional guidance on records keeping.

Historians were especially concerned about basic sources of Military History and Army Records 385 combat history: the daily journal and the supporting documents constituting the journal file, as well as other planning, intelligence, and operational records. These records provide the gist for future histories; units that leave behind poor records or none at all receive little notice by historians. More importantly, such documents help evaluate and modify the Army”s doctrine, tactics, and training.

Military historians serving with units in Vietnam and working with records managers made special efforts to see that combat records and other significant documents were prepared and entered the Army’s records retirement system. Instructions to Army field historians from higher headquarters gave first priority to “developing and maintaining general awareness of the necessity for creation and preservation of accurate comprehensive records.“1 By monitoring the records program within the units he served, the field historian helped assure that sources required by historians were being created and retired: he often salvaged documents that might otherwise have been destroyed or Iost. Provisions were made to acquire records of activities such as the pacification and advisory programs for which the functional filing system provided inadequate guidance.

That such extraordinary efforts were required by field historians contributed to The Adjutant General in 1968 suspending authority to destroy any records created by Army units in South Vietnam. Starting in that year, aIl records from the combat zone were retired as permanent regardless of previous functional filing designation. To facilitate use by Army historians, records were returned to the United States quickly.

Many records from Vietnam, however, remain to be screened, evaluated, reorganized, and disposed of by Army records managers, a situation somewhat similar to that after World War II.

Headquarters Files Combat naturally makes difficult the creation and preservation of records. yet even at larger, more stable headquarters to the rear of the combat zone, including Department of Army headquarters itself, recqrds are susceptible to unnecessary destruction. Pressures of economy, space, and time continually jeopardize historically valuable staff documents. The temptation to destroy records is very real at every level. In their zeal to win the “battle of the bulk,” records managers and staff officers easily lose sight of the historical value of records, and destruction is easier than preservation with its time-consuming administrative tasks.

At all large headquarters, whether during peace or war, a chronic problem is the creation and unwarranted destruction of uncontrolled personal working papers or action officer files. Records managers have been slow to recognize that these files often contain documents of historical significance. Such documents, drawn from a variety of sources and usually related to a single subject, action, or case, help historians understand the how and why of major actions, decisions, and policies, They often make the difference between good and bad history and, in some respects, are as crucial as the basic sources for combat histories. Officers sometimes consider working papers personal property and destroy them upon reassignment, retirement, or completion of a particular action. Sometimes they are passed to a successor, but the files rarely are brought to the attention of the records manager or historian.

There probably is no simple solution to the problem of preserving action officer files. The functional filing system itself is ambivalent regarding their official status, and records managers have yet to devise a system to keep them intact. Conscientious application of the functional system contributes in part to the destruction of these files when agency records managers remove historically significant documents from the files because they are not considered records material or because they originate from another agency or office. Army historians occasionally resort to a variety of informal practices to compensate for this neglect. They often personally gain access to or acquire certain files pertaining to their current work. After crises, when historians have worked closely with action officers, working files and background papers have been entrusted by officers to staff historians for safekeeping and future reference.

That the historian alone seeks out and preserves these valuable documents and files is symptomatic of a serious weakness in the functional filing system. Historians fully recognize that it is impossible and improper for them to act as records managers of working papers and action officer files, but occasionally the higher claims of history must take precedence over a system that inadvertently neglects important sources. Historians would prefer records management regulations that assure the retirement of these files.

Military History and Army Records 387 Even if it were proper for historians to play an active role in obtaining action officer files, they cannot be expert in all the subjects addressed by a large staff. Volume alone makes difficult the identification of historically significant working papers.

Judgments in many instances are often based upon intuition rather than expertise. Neither the historian nor the staff officer is immune from occasional professional astigmatism that inhibits his appreciation of less familiar subjects. In many cases the action officer is the expert who can guide historians and records managers, advising them of the existence of significant files and urging their retention. Being aware that files may have historical significance is the first step toward their preservation.

Selecting and Preserving Historical Sources without the professional acumen and guidance of an historian, archivist, or records manager, determining what documents to preserve is risky. In a field as catholic as military history, selection of sources may well reflect a variety of biases. For some historians and officers, operation records of battles and campaigns suffice; others with a larger view of military history want additional records. Yet difficult as it is to specify the nature of the records from which the history of the Army will be written, some general guidance can be tendered to the officer who has to wrestle with this problem. Whether in a field unit or a large headquarters staff, primary consideration should be given to preserving records required by the functional filing system. If applied with diligence and intelligence, the system generally will cover the most basic and important Army records. A leading archivist set forth a ‘“basic rule” that “if records constitute the data upon which important decisions were made or illustrate the. decision making process, they are likely to be of historical importance.“’ This rule or reliance on the functional system alone can be restrictive, and any selection at all risks neglecting the narrow interest of a specialist. Nevertheless, records pertaining to the organization, mission, functions, operations, plans, and policies of a unit or agency will include those historical records serving the widest possible interests.

Familiarity with the functional filing system together with professional historical advice will identify many important historical records, but finding the more elusive Army documents requires thorough knowledge of an organization.