When a First Lady Isn’t an ‘Ape in High Heels’ 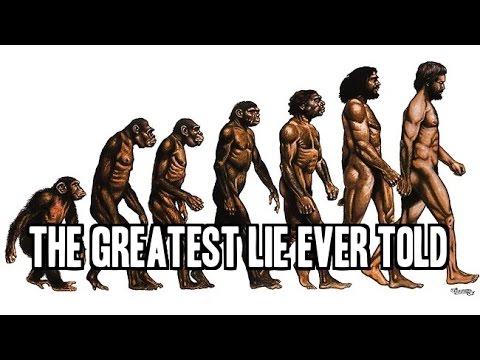 CLAY, W. VIRGINIA 11/25/16—Not much happens in this sleepy little town of W. Virginia. That is until recently. The entire quiet area encompasses 0.62 square miles, hosting a population of 8,910, all who live below the poverty line. So it is not a place that draws national interest or attention.

However, after Donald Trump’s election as president, Pamela Ramsey Taylor, who was director of the Clay County Development Corp., posted on social media, “It will be so refreshing to have a classy, beautiful dignified First Lady back in the White House.”

Clay Mayor, Beverly Whaling, responded to that post: “You just made my day.” Suddenly, that obscure little town, named for U.S. Senator and Secretary of State Henry Clay, was no longer obscure.

A national outrage burst forth like water through a ruptured dam and the entire town and its officials were declared, ‘racist,’ the all encompassing word to hit your perceived enemies in the head with the power of a 2 by four.

Both Mayor Whaling and Director Taylor were forced to resign in the whirling sand-storm powered by loquacious air currents.

Racist? to whom? This question needed authoritative counsel so the entire matter was turned over to  MilesTones for clarification. Did the ape consider this racist? Here is their specialized analysis:

How can being compared to an ape be objectionable? After all, the Democrat Communists teach for fact in the public schools, colleges and universities that Darwinism explains the origins of the universe, and…us.  OK, tell us more.

These learned professionals state that we (human species) descended from primates. This columnist remembers attending a class of Anthropology in 2006 taught by Instructor Gail Bouchet at Los Medanos College located in Pittsburg, California. She made several statements about; “Chimpanzees, our closest relatives.”

They may have been her relatives but I can say with certainty that primates, including apes, are not mine. Yet, this is what is taught by all secular Communist bastions of education during this perplexing judo exercise in history.

One assignment given to the class was to visit the San Francisco zoo to observe the Apes, who, we were taught, belong to our family. To be proper, should we have worn suits?

So, if this is fact, as all students today are inoculated to believe, then how can anyone be insulted if compared to an ape? That doesn’t jive since the demoncrats pour the theory of evolution into what’s left of our brains.

So if we are to obey and believe ‘the scholars,’ which they demand that we do, how can it possibly be an insult to be compared to an ape? Indeed, the ape is the one that should be offended.

Apes are magnificent, noble creatures, who are very family oriented, excellent protective parents, social beings, and not violent creatures unless they are provoked. They are honorable beasts.

So it is the apes that should be given the apology, for comparing them to a human being who murders their babies before they are born, declare wars for financial gain, allow prices for lifesaving medicines to skyrocket for the personal profits of the drug manufacturers to whom money is the bottom line in every transaction, never mind the saving of lives, as they withhold their product until you can come up with the cash and humans evict people who cannot pay the increase of rent demanded and they promote sexual deviancy. An ape would never do such things. Unlike humans, they are decent creatures.

Now the big question. If something evolves into something else, that result is what remains forever. The former creature that we evolved from would be no more. So why do we still see apes and chimps still prominently in existence? They could no longer be here if they had evolved into something else.

The Answer; They COULD NOT still be in existence, since the original would have been wiped out by Darwin’s ridiculous theory.

So if we go along with the infected Left, there should be no public outrage of being compared to a primate. Indeed, that would be a reflected honor to be compared to the ape since they would be our fore bearers, as the Democrat Communists insist.

So Leftists, leave Clay alone. You are the ones who have falsely made apes and people one creature. That is the kind of dem-logic contaminating our country today. Frankly, the apes are far better beings than any democrat who says we are related to them. Yet those same Communists jump to heights of hysteria if someone is compared to the one they have demanded we recognize as us. This is how logical the democrap party is.

If the comments were meant as a racist epithet than we do most heartily condemn them. This piece was written to expose the tremendous illogic of the liberal left, not to condone racist commentary or behavior.