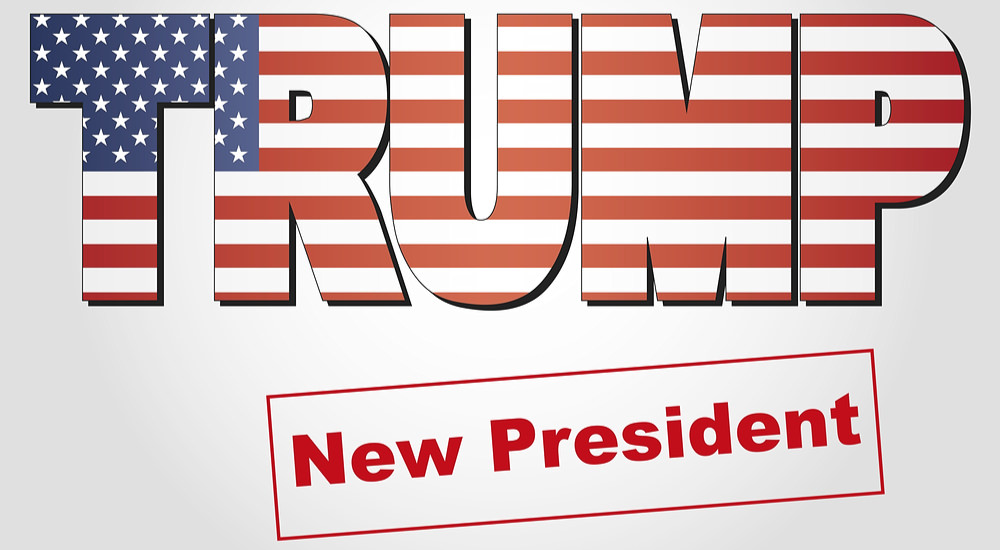 America, that is the people, have spoken.

Donald Trump is President-elect and it’s a stunning victory.

If you believed the polls, it was a shoo-in for Hillary Clinton…but it didn’t happen.   Many people will be looking and examining the results of this election for years…probably decades.   The ideas that Trump espoused seem to be the ones in which Middle America was most interested to hear.   The “coast” is either New York City or Los Angeles and for most politicians whatever goes on in between those two cities hasn’t seemed to matter.   That changed this time around because the man who would become the forty-fifth President of the United States not only listened to “flyover America” he told them how and why they mattered.  Both nominees catered to the minorities but Trump had a secret weapon, if you will…he just asked them, point-blank, why don’t you try something or someone different?  It’s a well-known and well-used saying that if you keep doing the same things over and over again, you’re going to get the same results every time.

There seems to be some significance in the “first hundred days” of a new administration, so Trump has made some interesting mentions of things he wants to get done in that time period.  It is only fair to give him the time to get it done and, perhaps, enough rope to hang himself on these promises.  My not-so-humble opinion says that he’s cut himself a pretty big piece of cake and he may not be able to eat it all.  The most important thing that an incoming President can do is to select the best and brightest, as JFK once said, and put them in his cabinet.   Most people, whose names have been mentioned for one or another position in the administration, would be well-suited for that position.   Having a goodly selection from which to choose is always a good thing, so Trump can count on getting really good people in key positions.   As you know, the President is not the entire government.   The cabinet is right up there in importance and, as luck would have it, the Congress is also on his side, at least numerically.   It remains to be seen what he can get done with virtually no opposition with which to contend.

The word “snowflake” apparently is the new label for all those disillusioned, disgruntled and otherwise saddened people who voted for Hillary.  I don’t get the connection, but since it has become the word-of-the-day, so to speak, I’ll use it.   To the best of my memory there has never been such overt hostilities and anger over the loss of an election.  There are people rioting, destroying automobiles, burning stores, even beating up other people simply because they voted for Trump.   What the hell is wrong with these snowflakes?   Since when have we lost self-control and tumbled down into the snake pit of near-anarchy?  If the rioting continues, and gets worse, there is precedent for calling in troops to quell riots…forcibly.  I truly don’t know what would happen if I were in a car and it was stopped by a mob of people yelling at me.  There is the very real possibility that I might rev the engine and run over quite a few of them, being in fear for my life…and maybe just because they ticked me off.

One never knows until the moment is upon you.