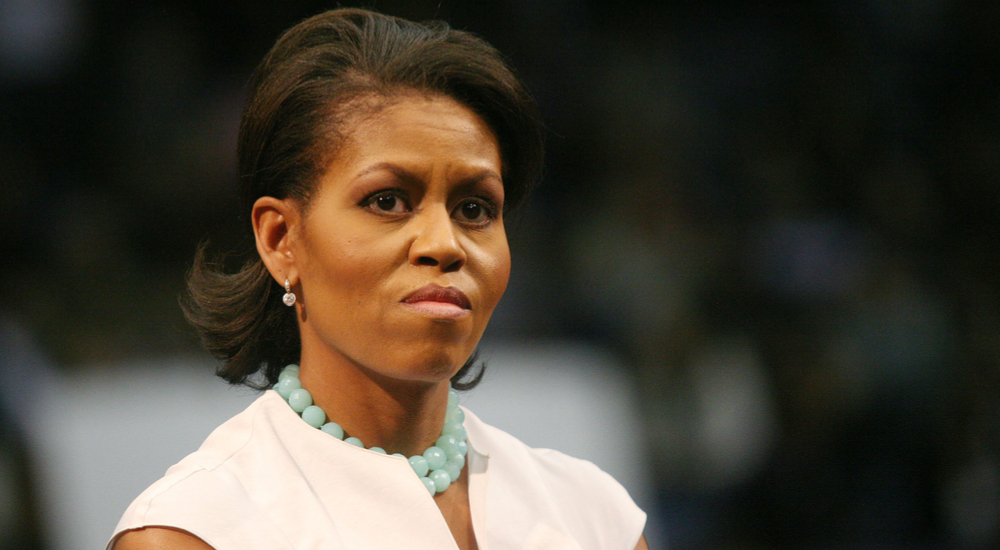 Editorial credit: Krista Kennell / Shutterstock.com
The Flag and Cross is one of the several news sites that broke this incredible story about Michelle Obama saying and thinking she is “smarter” than anyone. I kid you not. We believe Newsweek had a blurb about this as well as the others.
The Obama arrogance is such that they pulled the greatest fraud in history that put Barrack Hussein in the Oval Office. No papers, no citizenship. Having been a ‘community organizer’ seemed to be his only credential.
However, having George Soros and the Communists solidly behind him, Obama and Michelle slid into the White House where they would have access to the largest spending account ever imagined.
Reporter John Salvatore wrote: “While in London recently, Michelle’s arrogance was on full display. But Obama offered a ‘secret’ to young women everywhere: “I have been at probably every powerful table that you can think of, I have worked at nonprofits, I have been at foundations, I have worked in corporations, served on corporate boards, I have been at G-summits, I have sat in at the U.N.: They are not that smart.”
Obama still thinks he is the President of the United States. He would not leave D.C. when his term was up. He obtained a mansion in walking distance to The White House and sticks his nose into almost everything taking place in the nations’ Capitol.
He is the only former president to not go back to his home area following his term in the Oval Office. No, he thinks he is the perpetual leader of America. He stumped for democrats running in the mid-terms. The people did not rush to see him.
While President Trump couldn’t seem to find arenas big enough to house his supporters for rallies during the midterm elections, Barack Obama couldn’t say the same. In fact, Obama had a hard time filling small gymnasiums.
It was learned that a Craig’s List ad offered people $15 to attend an Obama rally for Georgia Democrat Stacey Abrams.

The ad below shows they would pay attendees $15.00 to attend the event, as similar campaign stops by the former President had only drawn very slim crowds. They continued: “We want a packed house for maximum media exposure and optics.” 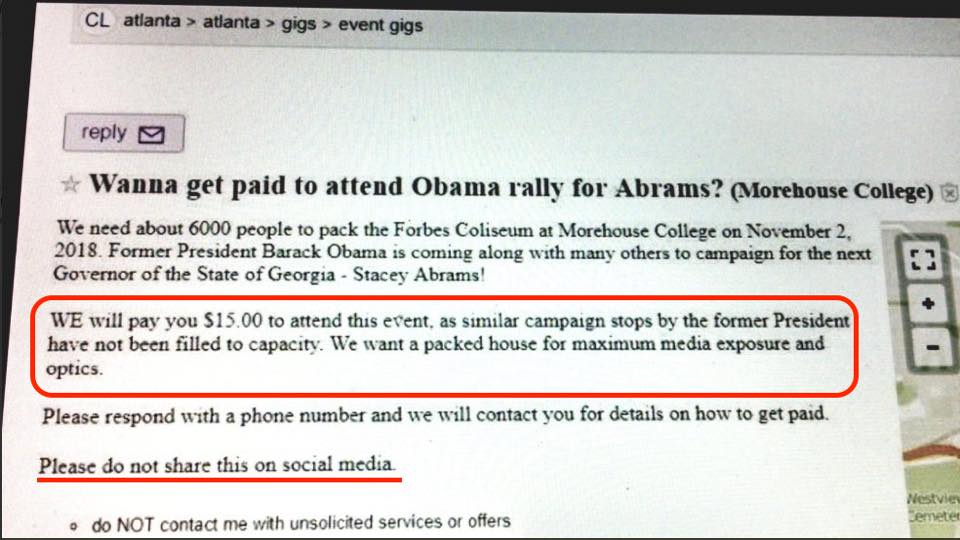 This entire Obama mess can only be described as pathetic and the Communist George Soros can only be described with the same word. He is an old man with delusions of grandeur who is determined to be leader of the entire world.
Meanwhile, ‘Michelle say she smarter than any folk’ but her ‘smart-mess’ may cost her $2.1 Billion or so.’ President Trump just ended Obama’s vacation that was going to stick us for that money.