What If Mexican Drug Cartels Filed A Lawsuit Over Hezbollah Smuggling In U.S.A. 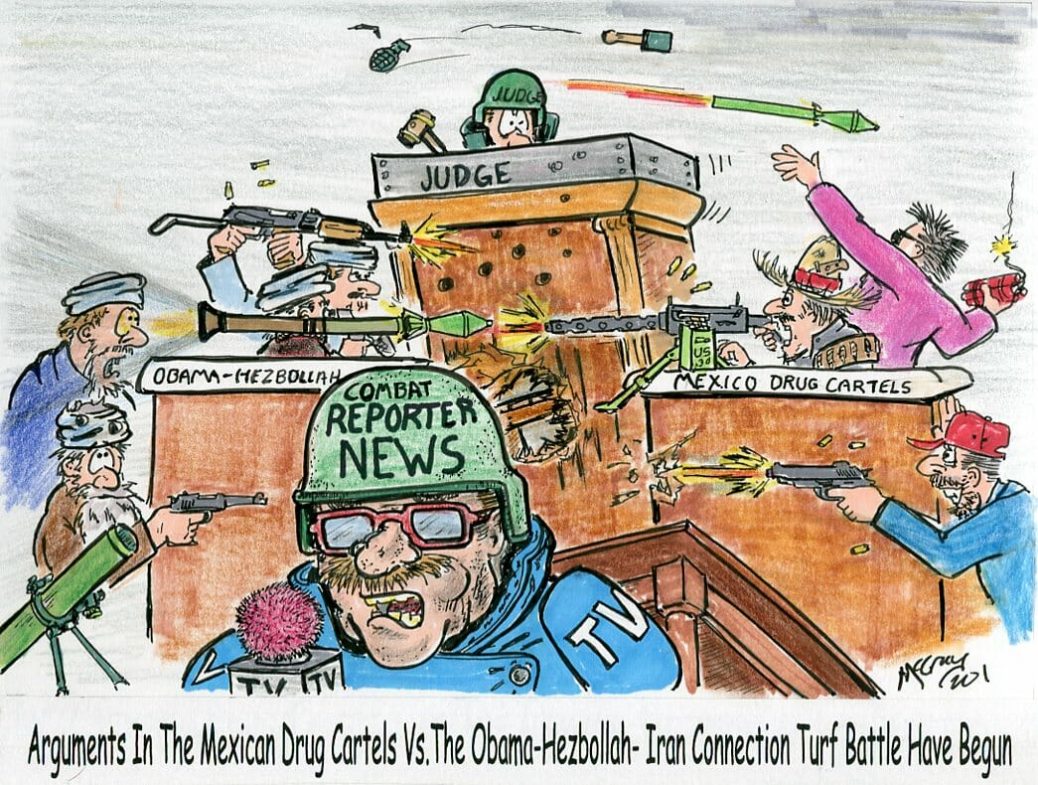 The Mexican Drug Cartels have to be upset at Former President Obama’s protection of the Iranian backed Terrorist Organization Hezbollah.

The Obama-Hezbollah-Iran Connection smuggled cocaine into the United States while then President Obama shut down the Drug EnforcementAgency and other law enforcement operations trying to stop the smuggling.

All of this was done to insure that the treaty with Iran was signed, a treaty that supposedly keeps controls on Iran.  In reality the U.S. surrendered to Iran, giving the Iranians almost half a Billion Dollars to seal the Deal.  Obama was always concerned about his Legacy, well he can check off this one off his bucket list, “Drug Kingpin.” With a humorous look, you can only imagine what would happen in a court room if the Cartels used the legal system.