Methinks the Media Doth Protest Too Much 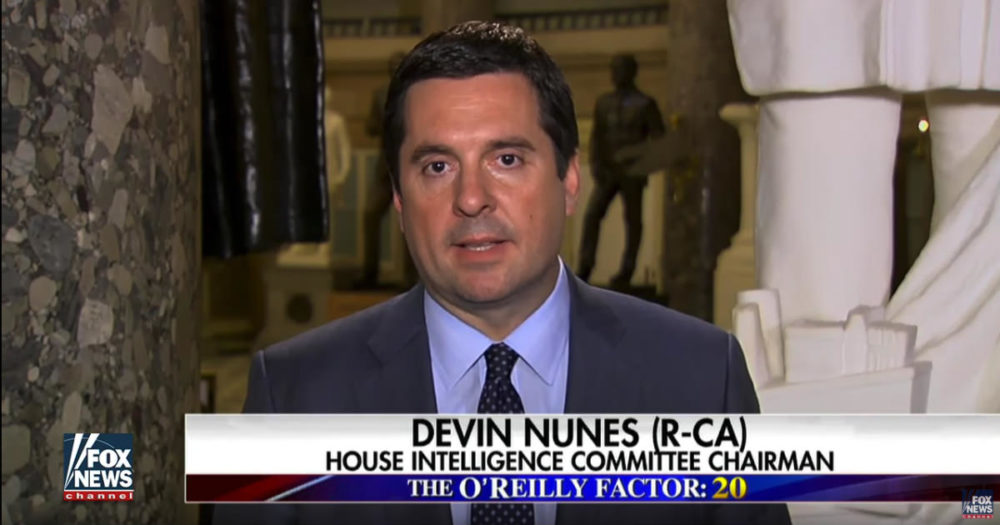 “The lady doth protest too much, methinks”

— Queen Gertrude in the play Hamlet

The above Shakespearian quote is an apt description of how the media and Democrats over-reacted to Trump’s tweet about being wiretapped by Obama. The queen’s remark is often used to describe someone who is overly vehement in their attempts to convince people of one thing while the exact opposite is true.

It’s hard to overstate how swift, vehement, and often the liberal commentariat reacted to Trump’s claim. Democrats and their media sycophants called the President of the United States every disrespectful name in the book and even questioned his sanity – again – after the tweet. Their attacks were savage beyond the standard-issue venom they normally inject into the body politic. But why?

Was it because Trump gave them another grand opportunity to express their deep-seeded hatred of him and his tweeting habits? Or did the media simply want to open another fissure in the Trump Administration they can exploit?  Or was it payback for Trump’s obvious distain for the media? Or perhaps the Democrats are still shell-shocked by the election? While all those reasons are true, they still don’t fully explain the depth of their fury and rage against Trump.

The main reason for their manufactured outrage, however, was finally exposed when House Intelligence Committee Chairman David Nunes personally told president Trump that he and his family were, in fact, entangled in some type of government-related electronic surveillance after all. That’s right folks, it turns out that Trump was right; he was monitored by the FBI or NSA or some other agency during Obama’s tenure.

So, the obvious reason Democrats and media went ballistic is that Trump accused their Messiah, Barack Hussein Obama – may peace be upon him – of domestic spying. They understood the horrible implications if Trump’s allegations were found to be true so they went nuclear to protect Obama from the charge. But it turns out the truth is exactly the opposite of what the media and Democrats tried to over-sell. Hence, me thinks the media doth (did) protest too much.

FBI Director Comey raised a BIG RED FLAG during his Congressional testimony when he responded to a question about Trump’s “wiretapped” tweet.  Comey said “….I have no information that supports those tweets…”.  Now that was a well-crafted and lawyerly answer for sure. It looked and sounded rehearsed. The statement was clean enough to have been scrubbed by a dozen FBI lawyers prior to his testimony.  The term “wiretapped” is an old-fashioned term of art that refers to eves-dropping on land line phone conversations.

U.S. intel agencies, however, use more sophisticated techniques to spy than simply “wiretapping” as Trump’s inartful tweet claimed. They can access cell phones, wireless devices, and all web-based communications. The FBI can also plant audio/visual spying devices, conduct standard spy surveillance and, if needed, simply “wiretap” a land line. The problem was that none of the nitwits who conducted the Congressional hearing asked Comey the definitive question: Did the FBI use any type of surveillance on Trump or his family or his transition team at any time?”. Now that would have erased all the legal hide and seek. And that’s probably why none of the buffoons asked him the question.

But Comey’s narrowly defined answer did not preclude using any of those other forms of domestic spying on Trump. In other words, the Director accorded himself so much legal wiggle room that Oprah Winfrey and Michael Moore – as a couple – could have danced through the chasm with little effort.

The FBI acknowledged it started investigating Trump in July, 2016. Well, who would have commanded the start of such a project? Obama, of course, since the DOJ and FBI report to him.  In addition, any modern FBI investigation would entail using sophisticated spying tools that go far beyond simple “wiretapping”. And that’s why Comey’s crafty response “I have no information that supports those tweets” is vapid in the extreme.

Trump has been and will be investigated by the FBI and other intel agencies due to his Russian connections. The danger is that Deep State actors left over by Obama could be a constant threat and irritant to Trump and the stability of this nation. David Nunes need not apologize for going directly to the president because of them. But, alas, being a weak-kneed Republican, he back-tracked, hung his head, and apologized nonetheless. Pathetic. And rest assured, none of his GOP colleagues will defend him either. Sad but true.