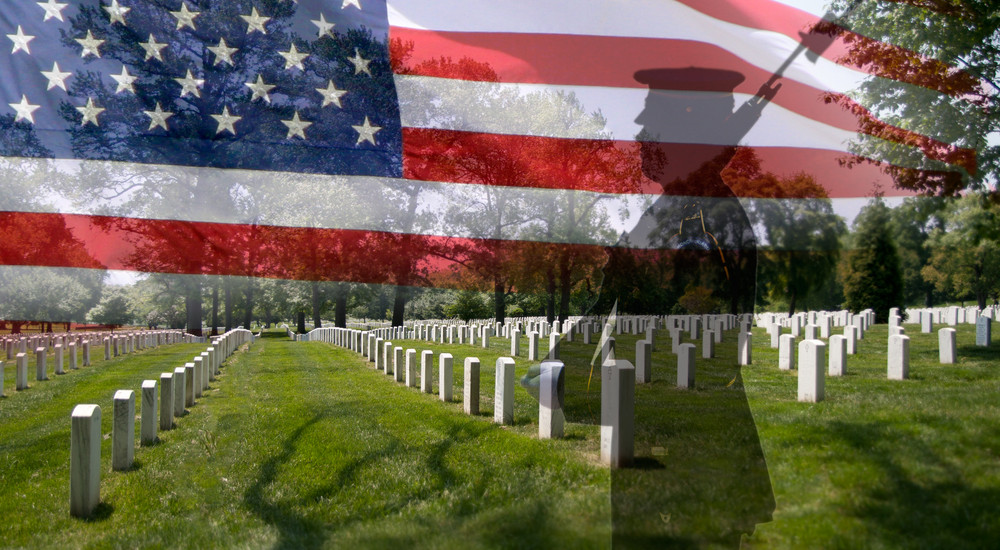 Unlike Veteran’s Day, a ceremonial holiday honoring all who have served and those who currently serve in the U.S. Armed Forces, Memorial Day turns our attention toward those who have died in the name of military service. It is a solemn observance and like most somber public events we offer the appropriate lip service, but truthfully, we shy away from the associated pain. There is nothing necessarily wrong with doing this, I suppose it’s just how we cope. And with Memorial Day adjacent to the Indy 500, it does make it easier to lose sight of the melancholy nature of this unofficial start of summer holiday.

At its core, Memorial Day is about death, and there is not much to celebrate in that. Once again, in contrast with Veteran’s Day, we don’t hold the death of our military personnel up as a source of national pride or a symbol of union patriotism. Their deaths rarely unite us, at least not as they should. In fact, as of late, military deaths have been more and more a point of contention among Americans. And more directly stated, military deaths are about war. This seems obvious enough, doesn’t it? What isn’t so discernible is that all war is also political.

Every soldier’s death is an indirect result of the governing decisions of our elected leaders. The decisions of war will never be as public as the U.S. President’s commentary on two gay men kissing in the spotlight after a football draft. For this reason, we the people are responsible for selecting, electing, monitoring and replacing political leaders with the highest regard for our military folks in mind. This is our moral duty and civic obligation as residents and custodians of America. The well being of our military personnel depend on it.

All things are inescapably political, especially military campaigns. We must, then, make certain that our elected political leaders deal prudently with our human capital; human life is of the greatest value and what makes America exceptional. This business of war is serious stuff. I am speaking directly to you who are politically apathetic or feel that being apolitical is a virtue. Do you enjoy your extended Memorial Day weekend and pat yourself on the back for not playing politics? Which soldier’s death do you bear?

Politics is how government works. There is no such thing as operational government without politics; that’s like saying you have a car without wheels. Reflecting on the importance of political involvement, French statesman, Charles de Gaulle, remarked “I have come to the conclusion that politics is too serious a matter to be left to the politician.” If only we would adopt a similar attitude. Instead, we have mistakenly exchanged the mode of governance for a figure of speech used to convey our disgust for how political leaders actually govern or what we think about them (i.e. “politics as usual”, “politics is dirty”, “I don’t get involved in politics” etc.) In doing so, we have forgotten that politics is the machine that makes it all work, from our own backyard to the world’s backyards. Everyone is involved in politics which makes politics everyone’s business. This is no more gravely apparent than when we reflect on the nature and consequences of politics in the deaths of our American soldiers.

I experience anxiety over declarations of war in the same sense that I am apprehensive about governments ability to justly administer capital punishment. I don’t oppose war or the death penalty because first, both are biblically approved methods of preserving mankind and second, both are reasonable tools available to governments in defense of people and the continuation of their existence, even without religious endorsement. So, I take the time to consider these issues deeply and I work through the inherent difficulties. You would be wise to do the same on your own. Don’t leave it to someone else. If you leave it to someone else and the next person leaves it to someone else, who is this someone else that is responsible for guiding our public policy on military operations?

You should also seek guidance from your spiritual advisors on the issues of war and military campaigns. For my Christian readers it is likely that you will not get much more than “Jesus loves you; here is your Nabisco communion cracker” from your pastors and teachers, but you have to start somewhere. For my non-Christian readers, like Christians, you will have to wrestle with how to identify and justify a just war; wars that destroy human lives. Both may also seek out someone who is politically minded and ask them for direction.

We cannot be anti-war, nor can we always adopt the non-interventionism strategies proposed by some. But we can always aim to keep our political leaders honest and reserved. If they won’t do it on their own, they need to know that we will make them or replace them. Either way, it takes our committed participation; the adage all politics is local is absolutely true. This way, we can be sure that the deaths of our military personnel are worth every drop of blood shed.