Megyn Kelly vs. Vladimir Putin: Round 2 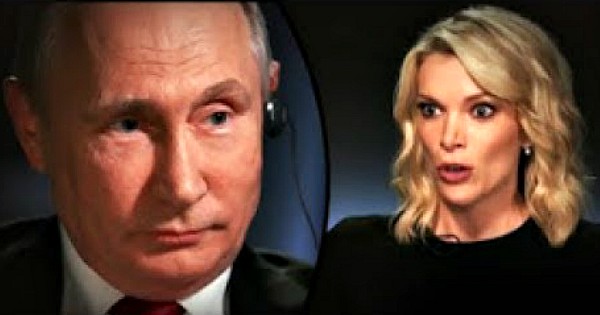 Megyn Kelly: “You announced today that Russia has developed new nuclear-capable weapons systems, including an intercontinental ballistic missile that you say renders defense systems useless. Several analysts in the West have said this is a declaration of a new Cold War. Are we in a new arms race right now?”

Vladimir Putin: “In my opinion, the people you have mentioned are not analysts. What they do is propaganda. Why? Because everything I spoke about today was done not on our initiative, it is a response to the US ballistic missile defense programme and Washington’s unilateral withdrawal from the Anti-Ballistic Missile Treaty in 2002.”

As some of you have noticed, Megyn Kelly is on a very interesting path to becoming a personal interviewer for the Vladimir Putin.

It all started when Kelly ended her career as FOX News anchor in early 2017. After almost a half-year sabbatical, needed to recover from the feud with our President, she appeared at NBC with bombshell interview with the Russian President at the St. Petersburg, Russia, International Economic Forum in June of 2017).

Now, nine months later, Megyn did it again, an hour and a half long (the resulting video) one-on-one grilling of Putin. This time her questions are more aggressive and demanding. You may watch the exclusive full unedited interview published by Russia Insight on March 10.

The interview was recorded in the Kremlin on March 1, 2018, and in Kaliningrad on March 2, 2018. Here is the full script, right from the Kremlin website.

The hot topics in the interview included questions about Russia’s role in the alleged hacking during the 2016 presidential election campaign and about the 13 Russians recently indicted in the special counsel Robert Mueller’s investigation; Putin views of President Donald Trump and the cyberwars between Russia and US; and what Putin think of his personal friends and the infamous “Panama papers.”

I understand that such high-profile interviews are prepared on both sides well in advance, the questions are not spontaneous and answers screened and re-verified. And still, Vladimir Putin’s composure, ownership of the situation show a great deal of preparedness and experience of a KGB professional, which background he is not hiding but sometimes even flaunts. If not the absolute corruption of the Russian President and his subordinate kleptocrats, by watching Kelly-Putin’s dialog one may fell in love with the great Russian leader who modestly awaits the next “re-election” on March 18.