Fox News’ Tucker Carlson had conservative radio host Tammy Bruce on Tuesday evening to talk about President Trump’s tweets and if the media is right about how “dangerous” those tweets are.

Tammy Bruce: Only if they are successful in shutting down the president’s ability to tweet and the act in this manner. What’s dangerous and what the press does, you get some really good examples — also just last month, “The New York Times” revealed the CIA’s operating agent in Iran, they named him. They discussed his role and even his alleged role in the killing of an operative as well. That puts that individual directly in danger. Let alone all of the vigils that may have been working with him. If they don’t have a problem doing that when there’s a real direct damage but in this case, I happen to like the Twitter feud. Let me tell you why. It really brought up — it was predictable as you noted in your opening, and isn’t it interesting that that response proved his point about the media? They focus on the absurd. They cannot be taken seriously.

They themselves do not take their job seriously and it re-invoices the point that they are increasingly irrelevant. They are not bringing people real news. You look at his Twitter feed. They’ve begun counting his tweets and checking out the percentage of what is on policy versus what is on complaining about the media. There is very little policy. Which tells you there’s a specific reason for the Twitter feed. To push back on these issues. As he governs on serious issues like foreign policy, talking with China, dealing with North Korea. Shooting at ISIS. Killing them. The little kid in England, sometimes Twitter serves the purpose in that regard. It reinforces his point about the media and they fall right into the trap. Because they are caught up in their own little thing. They can’t see past themselves.

Tucker Carlson: The point of these tweets is to make reporters heads explode and allow them to upset themselves?

Tammy Bruce: That’s what I’m seeing. If you think about how much time it takes, tweeting, working — how long does it take it, you have a Twitter account. It’s fabulous. I do too. It takes about half of a second to press that button. He continues to do his work dealing with the g20 summit coming up. At the nature of the health care bill. The tax reform. For a simple push of a button, he spins them around so quickly. Of course it tells the American public that the media is so consumed in groupthink that even they do not realize what’s going on. A recent poll from today notes that — I think it was — the media’s polling numbers are at 30%. 30% of Americans trust them. 37% trust the president. His rating is higher. I think that tells you how this fight is going at this point…

I think it’s smart. People have to look past themselves to see the nature of what is occurring here. I think it’s great.

Jay is a regular American citizen who is tired of the American people losing to the mainstream media and Progressives. 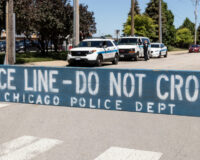