Media More Concerned with Trump’s Typo than His Beheading 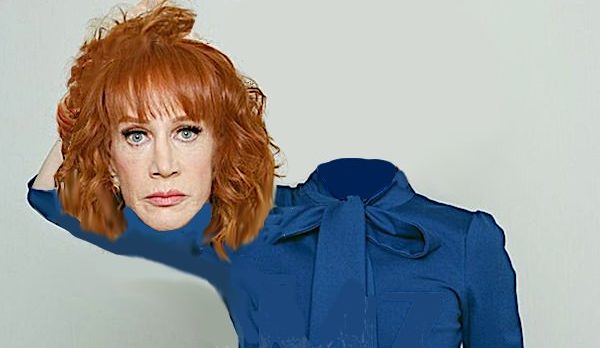 I started Conservative Truth 17 years ago to be the “The Antidote to the Liberal News Media.” I thought then that eventually there would be no more need for our publication; that eventually, the big media outlets would realize how poorly they were serving the constituents with their “fake news.” (Yes, I used that phrase many years before Mr. Trump started talking about it.) I was wrong. If anything they have gotten worse.

This week is a great case in point. President Trump made a typo in one of his Tweets. Since he typed it around midnight and didn’t finish it, I suspect that he fell asleep. There was no story there. The only surprising thing was that out of hundreds of Tweets he’s only made one serious mistake. But the major TV networks made it seem that the sky was falling. They ran almost non-stop coverage of the Tweet for days. Late-night comedians yukked it up. Politicians and pundits added their two cents. It was truly ridiculous.

The surprising thing was not that they devoted millions of dollars worth of coverage (paid for by their advertisers who must have been scratching their heads) to what amounted to a barrel of nothing. The media will use anything, however minor, to try to put the President in a bad light.

The real surprise is that they ignored the real story of the week: a third-rate comedian named Kathy Griffin who did a photo shoot in which she appeared to be holding the severed head of our president by his hair, with blood dripping down his face. Now, the mainstream media often covers up egregious acts and statements by Liberals; they consider that Job #1. But this was so over the top that you would think they would be forced to cover it. If so, you would think wrong.

Prior to this incident, she promised that she would not only go after President Trump and the First Lady, but she would also give a “beat-down” to his 11-year-old son, Barron. Well, she did what she promised. Barron saw an extremely realistic severed head that looked just like his father on TV being held by this idiot and was naturally traumatized by it. What child wouldn’t be, especially in this environment where beheadings by Muslims take place on almost a daily basis.

Of course, Griffin quickly realized her mistake when she discovered that the Secret Service was going to investigate her. (They are required to investigate all threats to the president, and this was at a minimum intimidating, and probably rises to the level of a threat against the leader of our nation – a felony). She said that she had made “a mistake;” that she had “crossed a line;” and so on. But not once did she apologize to the President, the First Lady, or their son.

Now Griffin claims that she is the first person in history that has ever been “bullied” by a president. I though Trump’s response was uncharacteristically mild; he simply called her “sick.” I don’t think I would have been so kind. The First Lady said the photo was “disturbing.” This moronic woman actually claims that she is the first person to have ever been publicly criticized by a sitting president. If she really thinks that she was obviously asleep during her history class (as well as the class about how to be a decent human being).

After no one accepted her fake apology and she was fired by her network and a sponsor (Squatty Potty) dropped her. She just posted on YouTube that the President’s family was trying to “destroy” her. She sobbed that she was “broken…broken…broken.” I’m trying really hard to feel sorry for her, but it’s not working.

Dozens of people throughout our history have had very strong invective thrown at them by presidents. Presidents are people, too. They have tempers, and there aren’t too many people who have the power to stop them if they respond to their enemies from the White House. The fact that she doesn’t know this is just one more reason she should never stand in front of a TV camera again. (CNN did finally fire her, after “deliberating” for several days – one of the first decent actions I have seen come from The Communist News Network.)

By the way, Twitter did not suspend Kathy Griffin’s account. But they did suspend the account of Bryan Mitchell who posted the same photo – except that he was holding Griffin’s head.

The point of all this is that all the information I used in this article about Kathy Griffin’s obscene stunt came from FOX News. The other networks either ignored this scandal or put it on page 33.

They were too busy laughing it up over Trump’s Twitter typo. You know, the important news that America cares about.