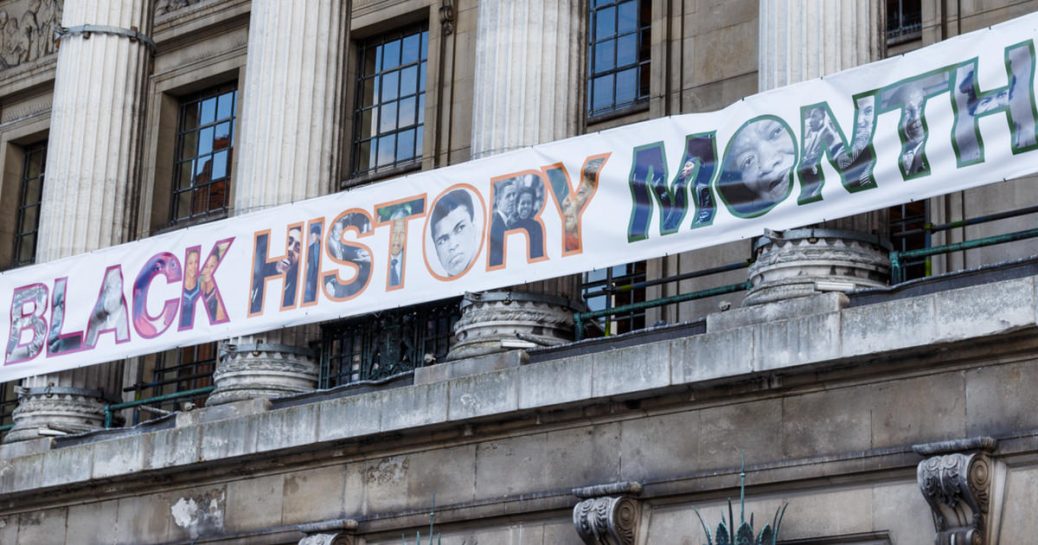 President Trump has taken a lot of crap from the left over his recent acknowledgement of black history month.

His short speech has caused a firestorm of criticism and ridicule over Trump’s highlighting of one famous black icon, Frederick Douglass.

As most are aware Trump said of Douglass, that he “is an example of somebody who’s done an amazing job and is being recognized more and more I noticed…”

From that statement, virtually everyone on the left concluded that Trump thinks that Douglass is still alive and that he doesn’t know anything about Douglass. Really? It couldn’t be that Douglass just doesn’t get the press, or constant recognition that other, modern day civil rights leaders receive, because that’s they way I understood it. I thought it was just another Trumpism – that anyone Trump appreciates or likes, does, or has done, “an amazing job.”

When that row between Trump and John Lewis, the once civil rights leader and now democrat sell-out, occurred, we heard from Lewis on countless occasions – as well as other black leaders. I listened to many of those speeches and commentaries. I don’t recall hearing the name Frederick Douglass come up once.

Yesterday, Yahoo news did a video interview  with Kenneth Morris, the founder of the Frederick Douglass Family Initiatives, and the great-great-great grandson of Douglass.

When Morris was asked about Trump’s supposed blunder, he said his gut reaction “was to go on the attack and say I can’t believe that president Trump doesn’t know who Frederick Douglass is.”

He then said something both interesting and rather revealing. Morris said that he then began to think about how to approach it. He said, “The idea is to teach the American public about the contributions of my great ancestors [he is also a descendant of Booker T Washington].” He then added that he thought it was important, “that we teach about what Frederick Douglass did…”

What?! Why would you feel compelled to do that? From the reaction of virtual every American leftist, I thought it was understood

that Trump was the only one in the country who wasn’t aware of Douglass. If Douglass is so widely known, why would you have to teach us of his many accomplishments?

I’m not defending Trump’s rather inarticulate ramblings, but that’s just him. He has a blue collar demeanor and speaks more like the common man, rather that the hollow erudition that the left loves, demonstrated by our last chief executive. I don’t think anyone voted for Trump because of his oratory skills.

So why is this a big deal – and better yet – why do we need a black history month? We don’t have an American Founder’s month. Blacks made contributions to this nation, no doubt, but nothing compared to the original founders. Sorry, but it’s a fact.

Frankly I think the real reason is that we haven’t had a great black American leader since the sixties. Nowadays, the “black leaders” are nothing more that race hustlers who get rich on the backs of the people they claim to be fighting for. So blacks are forced to hearken back to when they did.

And why is that? Why don’t blacks have great leaders anymore? In my opinion, it’s simple – they no longer need them. We on the right have been saying for years how American life has become so easy, relative to many other nations and relative to any other period in our history. We have become so soft and privileged that we literally have to fabricate problems. Whites, blacks – it’s all the same.

Black Americans no longer need a Martin Luther King, for there isn’t any REAL strife left in America to stand up to and fight against. Sure, there is a lot of made up angst, but it is wholly fabricated, by agitators, communists and anarchists who wish to see the whole system burned to the ground, figuratively and literally.

The fact is that blacks in America are the luckiest minorities on the planet, and have been for decades. There is nowhere on Earth that provides more opportunity for minorities to succeed than in America.